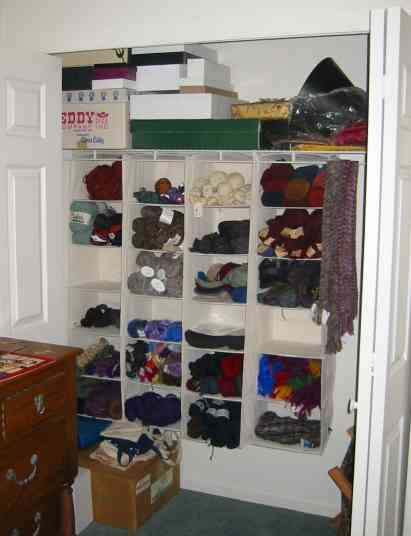 The Army is getting as bad as the Catholic Church in terms of transferring the problems somewhere else, rather than firing someone who is homophobic and racist.

Why Didn’t They Fire Her?
What an amazing standard of acceptance. It’s not okay to say you’re a homo, but it is okay to unprofessionally send homophobic and racist e-mails to a potential recruit, and just get re-assigned.

Sgt. Marcia Ramode, a Brooklyn-based Army recruiter, was reassigned last week to a job at West Point, the Army’s service academy after allegedly sending an e-mail with some of the following comments to an African-American, who said he was gay:

gays are “disgusting and immoral”
the potential recruit should “go back to Africa”
he should do his “gay voodoo limbo tango and wango dance.”

The Army can’t release how this sergeant was punished, and it is assumed she took a lesser job, and/or lesser pay. Having worked in Human Resources for decades now, that sergeant would have been fired for similar behavior in any other company than the military.

Clearly, this is just another example of how gay-hating sentiment is acceptable, but being gay isn’t.

Current Knitting
I finished attaching the sleeves and seaming up the colorblock cardigan yesterday. 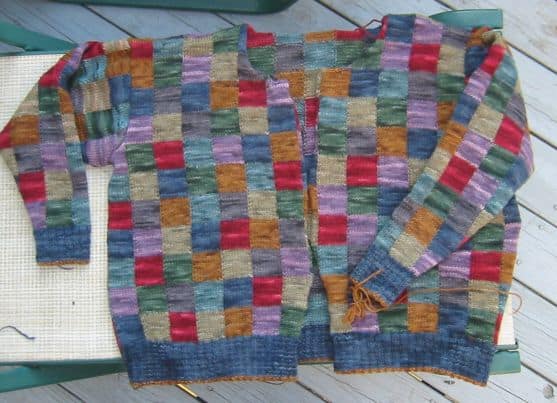 Overall, I like the sweater a lot, and I think it will be a very versatile and nice sweater to have around for a chilly office or movie theater. However, I’m not overly fond of the yarn I used, and I won’t be using it again (Araucania). I found it to be a little stiff and lifeless.

Although, it could be that I’m spoiled from handling the lovely handspun Merino for so long, and switching back to this yarn is a disappointment.

Current Spinning
I finished up the second bobbin of alpaca, and plied up a nice resulting yarn. 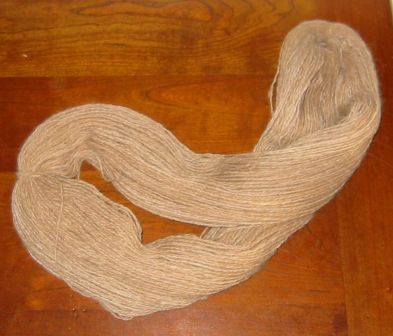 If I get the chance, I calculate the yards/pound amount, and see if that gives me a better idea.

Either way, I plan on dyeing this yarn, and I still don’t know what I’ll make from the result.

Readers’ Comments/Questions
Fiberqat asked, “Did you know Mar tagged you?”

I was behind in my blog reading, and wasn’t aware until I read your comment. Thanks for letting me know. As I mentioned in her comments, I was was very pleased to read what she wrote about my blog, but I won’t be meme’ing myself.

Becky In Iowa made me laugh with, “Oh, and congrats on lighting another shitstorm.”

I never realized Wiki’s were so controversial. And I don’t actually think I lit this shitstorm…I may have built the pile of shit, but I didn’t light it (even though I do enjoy the warmth and comfort of sitting around a nice blazing shit-fire).

0 comments on “Hide The Problem”