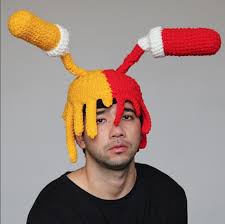 As if the 2007 graduates of Harvard didn’t have enough fortune in their lives, they got to hear Bill Clinton speak at their Harvard ClassDay.

Listen to it here if you have RealPlayer

His speech starts at about the 1 hour/36 minute marker, so you’ll have to fast forward unless you care to hear all the speeches before him.

Amazing Speaker
There aren’t many folks that seem to have the same influence over me when speaking as Mr. Clinton. I am never ceased to be amazed at his ability to speak the language of his audience in way that inspires passion and action.

This country is clearly looking for leaders to emerge to help oversee some of the troubles we’re dealing with both nationally and internationally, and I’m incredibly glad to see that Mr. Clinton is calling on the group of Harvard graduates to heed the call.

Current Knitting
I was recently asked to loan a piece of my work to a traveling art exhibit, called Uncommon Threads.

Organized by a local tapestry artist, this exhibit is a large trailer truck that travels to over 40 schools in Bucks County, Pennsylvania, to help local students learn about various aspects of the arts. I was thrilled that she asked, so I decided to do a felted purse for the exhibit, using some of the vibrant colors of Manos del Uruguay yarn.

Here’s the piece before felting. 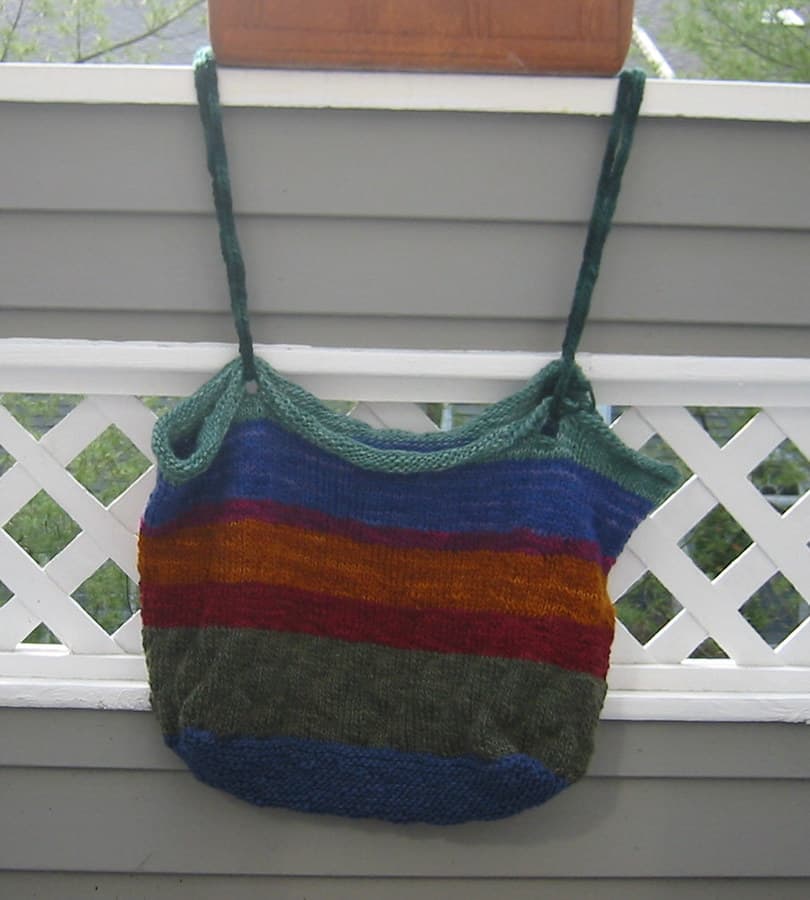 And the piece after felting. 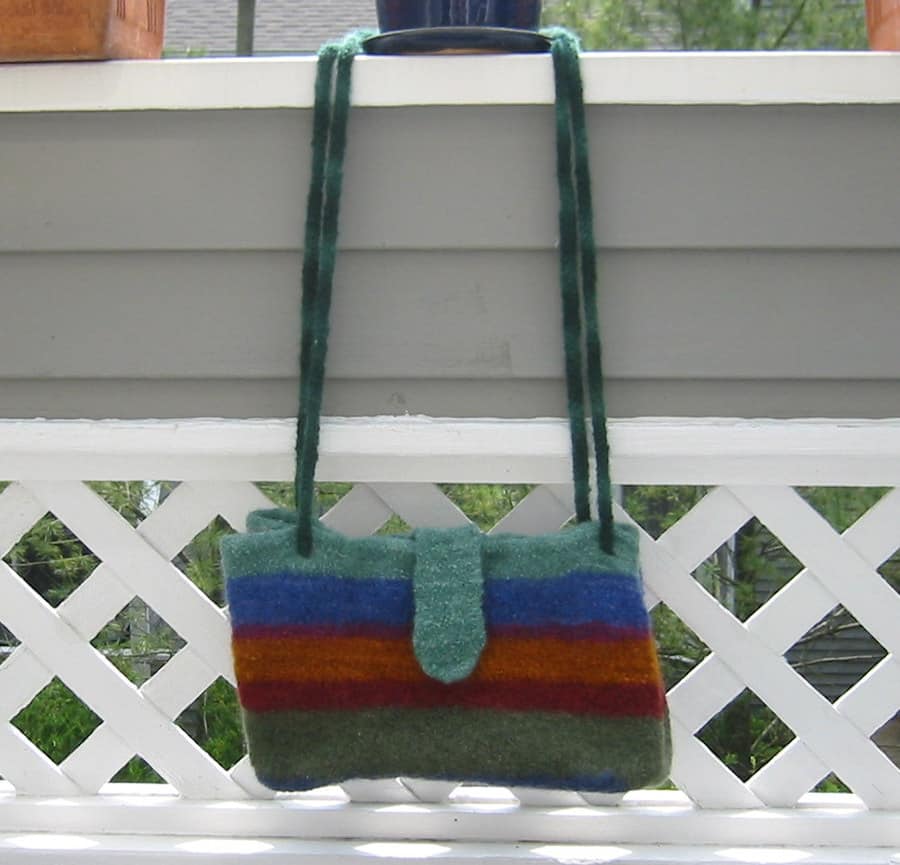 I also made two small swatches, one felted and one not, so that students could see the different between the original unfelted fabric and what a washing machine will do to it. 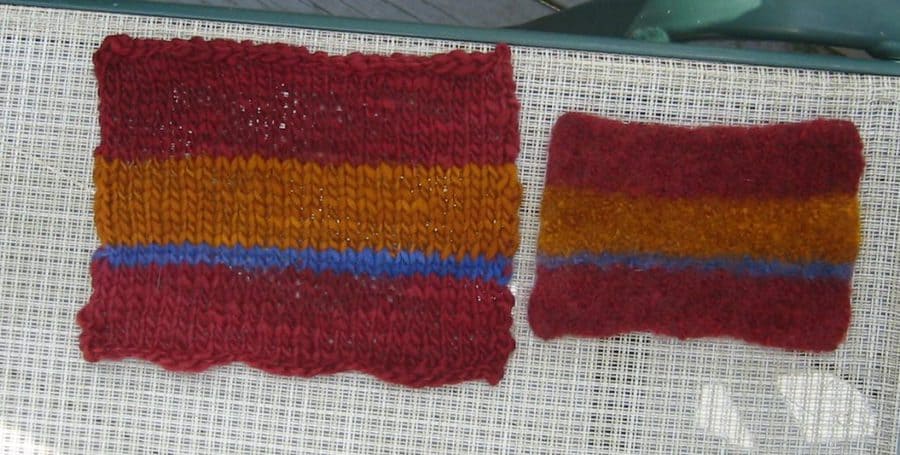 Readers’ Comments/Questions
Thanks for all your comments on multi-tasking. It gave me a lot more clarity on a couple of different definitions. Doing three things at once, versus alternating between three tasks are both valid definitions of multi-tasking. The first one, I still contend is impossible, and the second one being a valuable method of juggling multiple priorities for those who have the ability.

Emmy asks, “Your grocery store has copies of Spin Off?”

Actually, it’s not my regular grocery store…it’s actually not a regular grocery store at all, it’s a Wegmans. If you don’t have them in your area, you should wish you do. Their magazine selection alone is huge, and they often carry magazines that I can usually only find in bookstores otherwise.

Anonymous/CMS asks, “Joe, when are you (going) to stop letting your unpleasant encounters with individuals lead you to make sweeping, and usually negative, generalizations about entire categories of people?”

0 comments on “Be Inspired…Be Very Inspired”