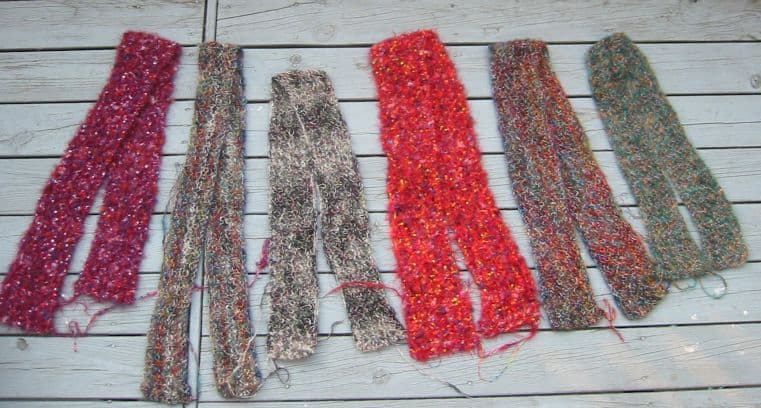 With all the scarves I’ve been knitting, I thought Mel’s clever turn of the phrase was an appropriate title for today’s post.

First of All…
…I want to assure everyone that Nico’s health is just fine. I was joking about the eating disorder, and other than gagging on some hairballs, he doesn’t barf at all.

I was pleased that Mel noted some of the fallacies about hard cat kibble. Thaddeus did an enormous amount of research on the best thing to feed cats, and it turns out that soft food is usually better, especially if it’s mostly animal protein.

. Not that Nico is very picky, but he seems to love the poultry and beef flavors the best. Fish, oddly, doesn’t seem to be his favorite.

Current Knitting
As noted in the header of today’s post, I’ve been continuing to work on scarves. I finished two more. The first one I hate, and I will give it away to anyone that wants it. 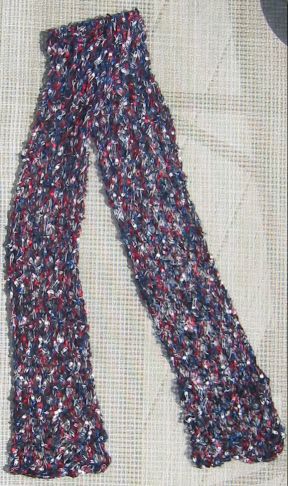 I tried using an old remnant cone of deep blue mohair yarn along with one of those carry-along yarns, and I hate how it turned out.

The second one I finished, is by far my favorite so far. 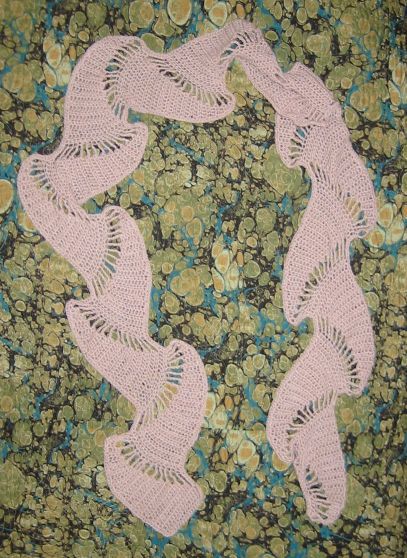 Yes, I did another Boteh Scarf, in a similar color to the one they published in Internet Crochet. I used a couple of old balls of Jaeger baby yarn that I had from somewhere in my stash. This is an amazing design…it’s very rare when such a successful design gets published…I found it so amazing, I tried to see if I could replicate it in knitting.

I used a much bulkier yarn, and the knit version is no where near as fine as the crochet. I also tried a couple of different methods, and the center few triangles seemed to be the most successful. 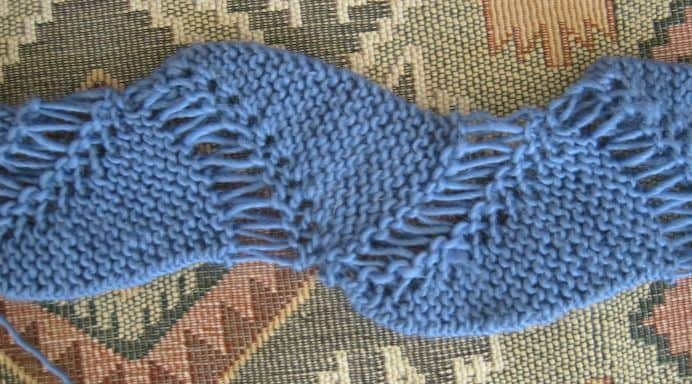 Overall, even though it’s faster to knit for me, I think I’ll stick with Kathy’s original version.

Readers’ Comments/Questions
Fredda (of Knitting Vault fame…I continue to sell a ton of my Koigu Cross Stitch Scarf pattern every month…amazing!) writes, “Regarding Nico’s video, I have never seen a more brilliant cat in my life. But does he fetch?”

Yes, actually he does. He has a number of toy mice that he will fetch and return a number of times before he tires of it. Actually, the videos of him bag-diving are a result of me throwing one of him mice toys into the bag.

0 comments on “Scarfing and Barfing”