No Big Surprise
Yes, our dope of a president is getting quite predictable. All appeals for keeping Libby out of jail were exhausted. He was a day or two from entering jail for his complete disregard for the democratic and judicial processes of this country. It was Tuesday, before a national holiday…the slowest day for political news

Maybe it will be old news by the time pundits start discussing it. Maybe folks will be glad he only commuted his jail sentence, but let the fines and other penalties stand. Maybe he just doesn’t care, about either the judicial or congressional branches of this government, because he considers himself more like a king or a dictator than a U.S. president.

All this, while he chides Vladimir Putin about the right kind of democracy he should push for.

All I can hope is that Mr. Libby values his freedom, because it’s at the expense of many other freedoms that started 231 years ago.

Current Knitting
I’ve done less than a half a scarf.

But I am considering designing an Aran vest for myself.

Other Crafting
I did get quite carried away by the Origami book I mentioned a few posts ago, and I made another couple of the designs in the book. This one was my favorite so far. 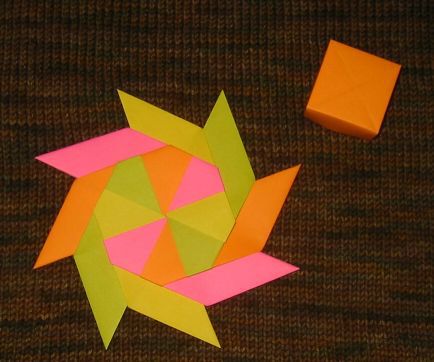 I included the first little box I pictured the other day, so you could get a sense of the size of the little magic star. It expands out to become a frisbee-like object too…it actually flies quite well. 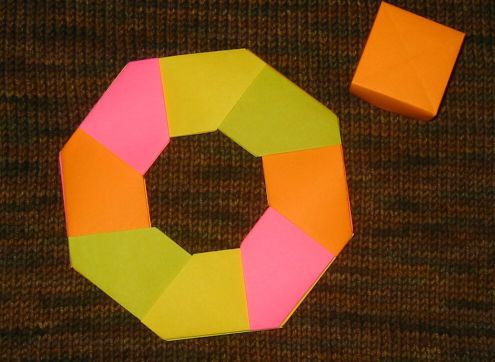