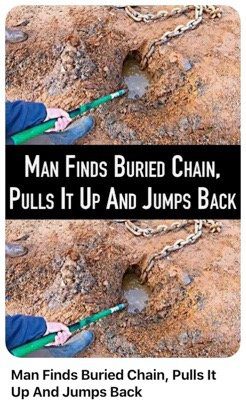 Well…I guess that means there was a mystery, and you may have never thought there was.

Hollow or Solid
My first knitting experience happened on a pair of green aluminum knitting needles.

I don’t remember the brand, I don’t know what size or length they were…they were just ugly dark green, lightweight and aluminum.

I’m sure many of you started knitting on the same kind of straight needles.

Did you assume those needles were made of solid aluminum, or a tube of aluminum?

I don’t know why, but I always assumed that the needles were hollow tubes. I had seen a picture of an Addi Turbo that supposedly exploded or something, and that needle was hollow, so I guess I just assumed all of them were. So, the other day, Thaddeus was being all sorts of handy around the house, and needed a tube about the size of these knitting needles: 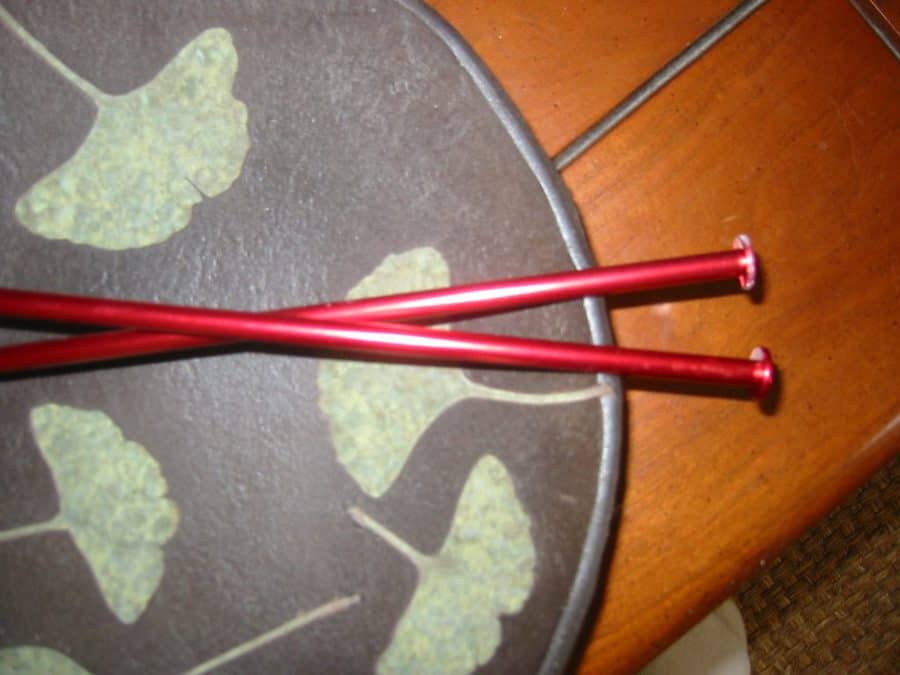 I told him I had dozens of needles like it, and he was more than welcome to hacksaw this pair into a tube.

And a closer look revealed: 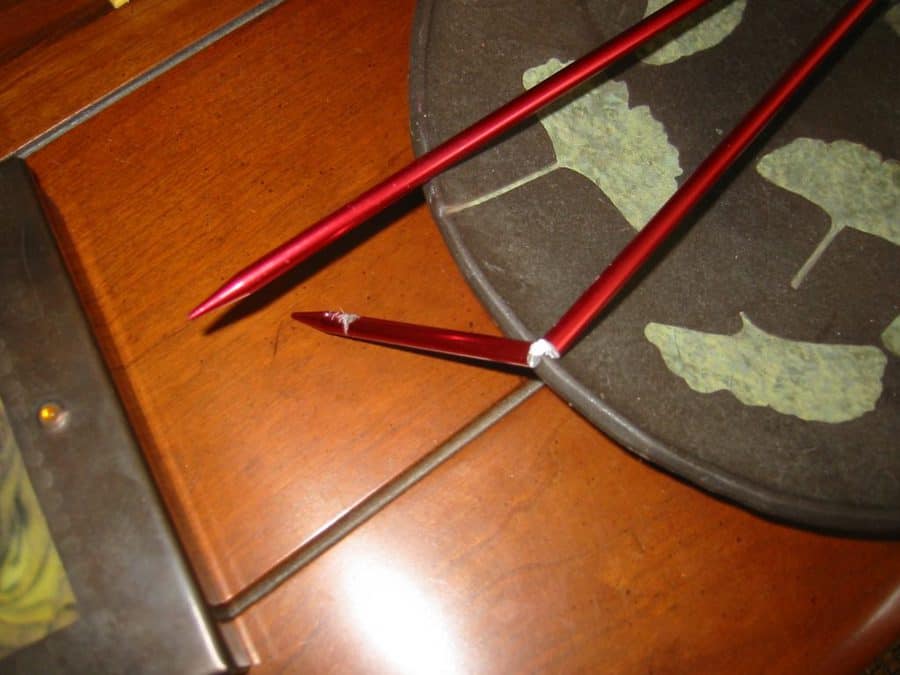 Current Knitting
In addition to starting three more scarves, I also finally got started in earnest on my Aran pullover design.

I ripped out the initial ribbing, because it was looking too ruffled…I don’t mean unsettled…I mean like a bed ruffle. I re-did the ribbing in a way that I’m much more satisfied with, and then got about 3 inches of knitting done in the pattern stitches I decided to use.

It looks lovely, but you’ll have to trust me on this one, since I’m in Delaware until Thursday night this week, and the cord for transferring pictures from my camera is sitting at home.

If you’d like to try and picture it in your mind, first start with a lovely deep sage/olive green color yarn, in 100% wool Aran weight.

The ribbing is short blocks of 1×1 ribbing, interspersed with a six-stitch section of a two-stitch cable on a reverse stockinette stitch background.

The main pattern has a latticework section in the middle, an open cable on each side, and a figure-eight cabling on the outside (with other minor cabling stitches in between).

Blog Contest
Fortunately, I have three folks that have made contributions to Year Up, so at least each of the prizes will be won.

Thank you to those who were able to contribute to this wonderful charity, and thanks for the others who contribute to education in this country in other ways. If anyone has already made a contribution directly to Year Up, please let me know. If you’d care to participated in the contest in time for the July 15th deadline, click here for the prizes, rules and links to contribute.

Readers’ Comments/Questions
Jean writes, “Joe — am I the first to tell you that there’s a plug for your blog in the new issue of “Knitting”, the British magazine?”

Yes, the first, and only. That is always incredibly flattering to be recognized in the media, thanks for letting me know.

Concerning for-profit health insurance, Diane writes, “…most issues I see are caused by people who get HMO type coverage because it’s the cheapest and then decide not to follow any of the rules because it’s not convenient.”

Having also worked in the insurance industry for a number of years, I would have agreed with that assessment until about three years ago. Now I’m absolutely convinced that there is a purposeful intent on the insurance companies’ part to try and disallow as many claims as possible. I don’t doubt that you still deal with folks that don’t understand what they sign up for, but having been on the receiving end of dozens of denied claims in the last 2-3 years, that simply required me to re-submit the exact same claim to get payment, leads me to believe it’s claims policy to start out with a denial, even if it’s a valid claim.

One thing that I like about what Diane writes, is the fact that patients need to be more in charge of their health care, and demand accountability from their doctors. There was a day, when an insurance company would deny a claim, or only pay a “reasonable and customary” portion of the claim, and I could feel confident confronting my doctor with it, asking why they were prescribing something unnecessary, or overpriced. Now, I feel the insurance companies have no validity in those areas, and I have to do that without their advocacy.