Gay woman or lesbian? Asian or Oriental? Black or African-American. Disabled person or person with a disability? They’re only words, what does it matter?

Words Used As Hate
I hate being accused of political incorrectness…especially by someone I respect or whose opinion I value. Years and years ago, I was visiting a good friend in San Francisco, and attempted to insult him by telling him he drove like a lesbian. He took me to task for the insult…not to him, but to lesbians, and I was quite offended, until I realized he was right. I have since been more careful about how I throw around my words.

Years later, but also quite a while ago, when I was working in Human Resources, a co-worker, Michelle (the supervisor of Employee Relations) had a friend (also an employee) she was pretty certain was gay (he was, but had never come out to Michelle).

Michelle asked me if I thought her friend might be offended by her use of the word “gay” to signify dorky or awkward, e.g., “He was wearing a sweater that was so gay.”

I knew Michelle didn’t mean any harm toward the gay community. I knew that she consdidered the word “gay” to have multiple meanings, including “dorky.”

Since my friend was Jewish, I made a comparison of her use of the word gay to a gentile’s use of the word “jew” to mean cheap, such as “He didn’t want to pay the asking price and ended up jewing him down to a ten percent discount.”

Michelle argued that the use of the word jew was clearly derogatory in that sense, and I pointed out that her use of the word gay was as well. She decided that associating gay to dorky was in fact similar to the association of jew to cheap, and that she wouldn’t use gay in that way again.

Like I said, I knew Michelle well, and knew she wasn’t trying to be intentially hateful in her words, but by perpetuating the use of the word “gay” in a negative way, she was doing exactly that.

Current Knitting
I spent the entire last few days working on scarves, scarves and more scarves. Actually, I only finished five scarves, but I was quite please to have finished that many. Here they are. 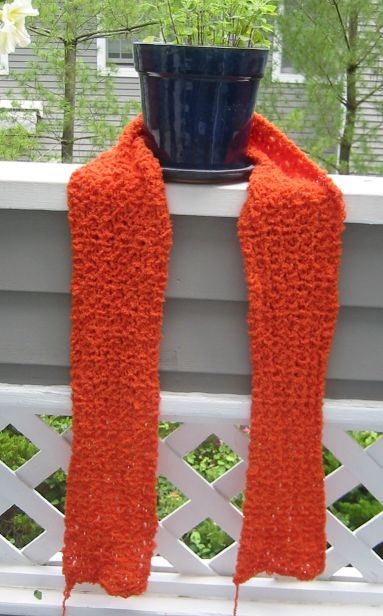 This one is a very light and soft and warm microfiber scarf…if I could wear traffic-cone-orange, I would keep this one for myself. It would be a perfect hunting accessory if I ever did that. 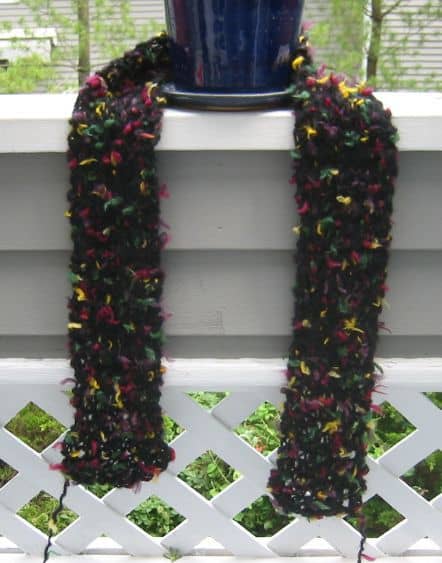 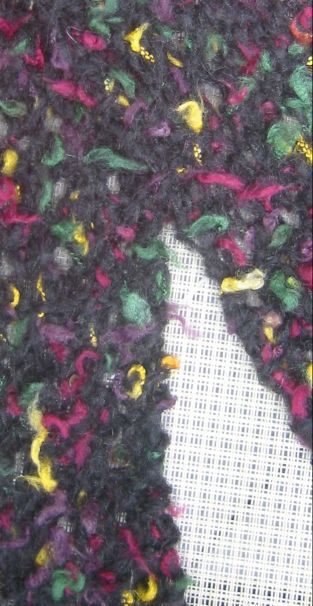 This one, on the other hand, is a bulky, thick and warm scarf with confetti-like speckles in it. 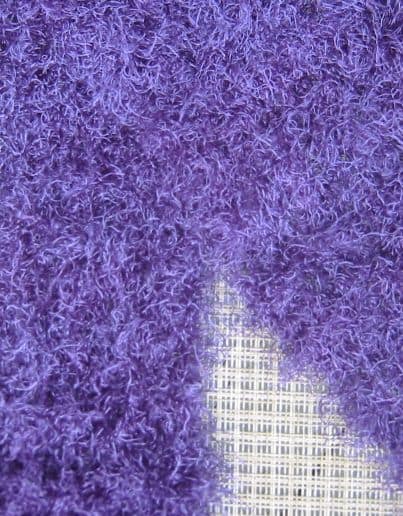 This is just a crappy, very loosely knit eyelash scarf. Purple seems to sell well, so I thought this would work out well. 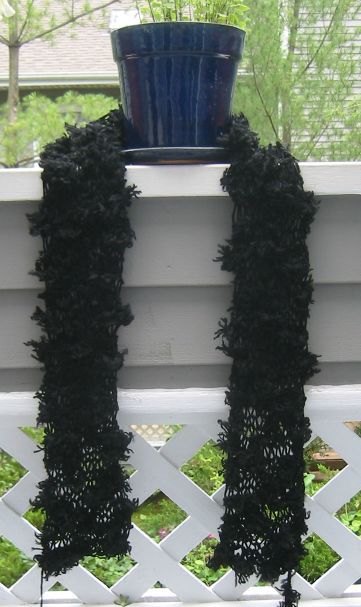 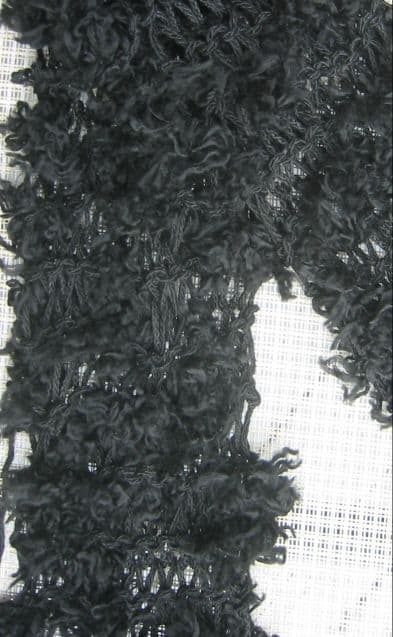 This was the surprise scarf of the batch. It’s made with a cheap acrylic ratty looking yarn, and I love how the scarf came out. I will be making a few more of these, especially since I got the yarn on clearance, and I’ll be able to sell them for an inexpensive price. 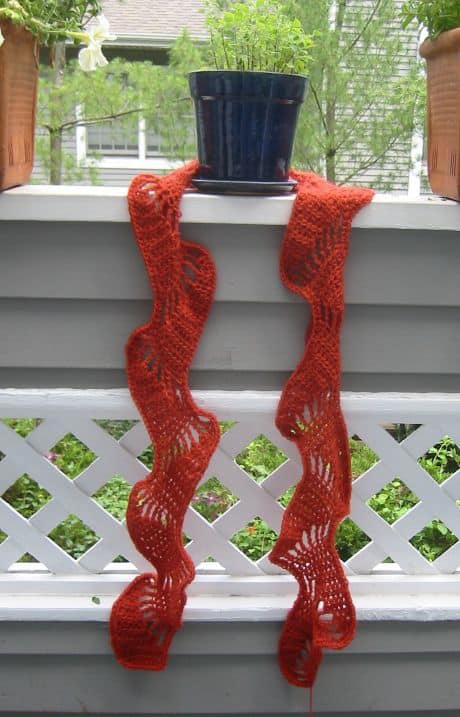 Finally, I finished one more Boteh-like scarf. I still haven’t gotten tired of this pattern. Like a commenter mentioned a while ago, it is addictive.

Readers’ Comments/Questions
Regarding social healthcare, JoVE writes, “Another blogger I read made a comment recently that despite the problems with your current health care system, he wouldn’t want the government involved as long as it was so corrupt and ruled by self interest and the interests of big business.”

I couldn’t disagree more. The current system is already run by big business, not just corrupted by them. Government oversight of healthcare would at least be one step away from profit-making whores overseeing my healthcare.

About the Aran sweater I’m working on, Marilyn writes, “Isn’t it funny how you keep the stitch markers in place, even once you know the pattern completely? I see you still have yours in place, even though I know you know exactly where each pattern begins and ends.”

Actually, the markers let me knit without thinking. Without them, I would have to count some of my stitches. Maybe her analogy to traffic cones is accurate.