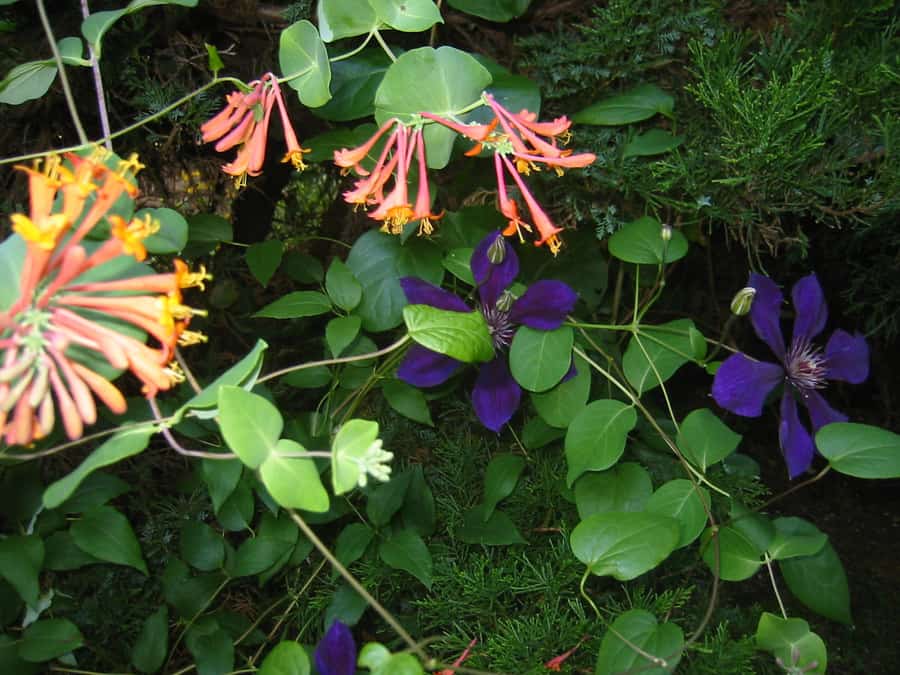 Thaddeus suggested that I take pictures of the flowers in the back of our house. He figured I could discuss how they fit in with color wheel theory or something.

We have a bank of some kind of evergreen that “separates” our house from the houses behind it. Twined throughout these evergreens, Thaddeus has three vines growing. The lovely orange honeysuckle, on which we sometimes see hummingbirds feeding. And then two different colors of clematis…the one not shown is a lighter violet which goes well with both the deeper purple and the orange of the honeysuckle.

Current Knitting
I got another chunk of work done on the Aran pullover this past weekend. 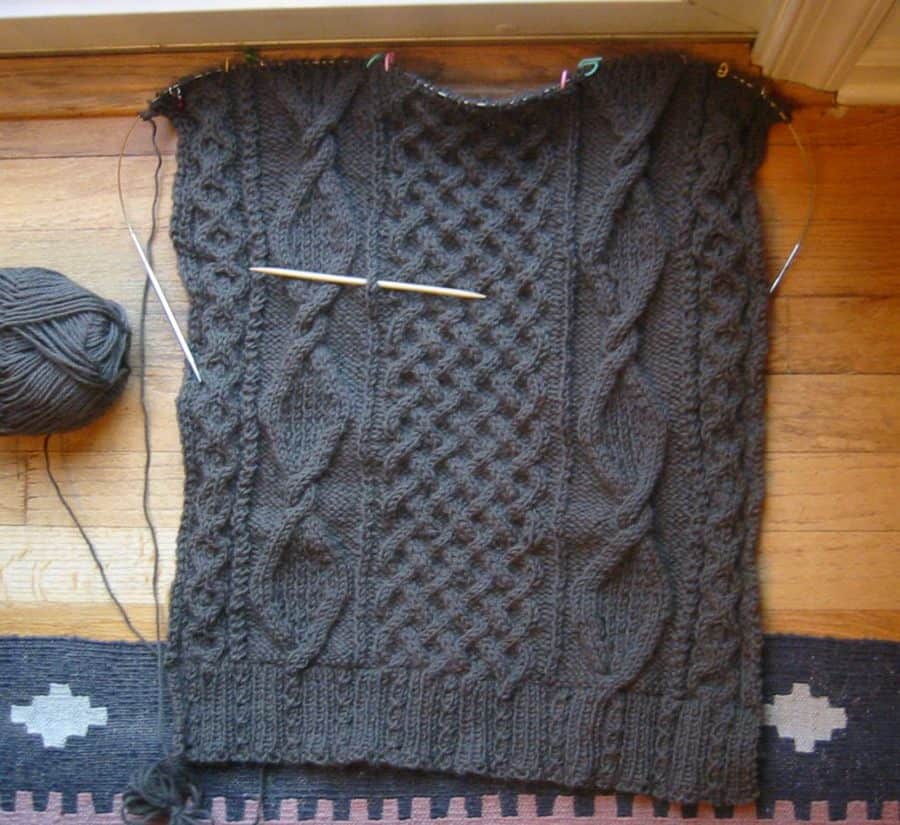 This equates to about 20 inches. I’m kind of annoyed with this project. I didn’t really want to design a sweater from scratch, so I used the basic proportions and stitch counts from one of the sweaters in the The Harmony Guide to Aran and Fair Isle Knitting

I started with the largest man’s sweater in the guide, which makes a 25.25 inch width back, and then added another 1.5 inches worth of stitches to give the sweater more ease. Even with the extra stitches, it appears that the back will block out to about 24 inches, which will be about 4 inches less wide around than I had hoped.

This will both give me some set in sleeve shaping, as well as correct the missing four inches of girth that I had hoped for. Something like this. 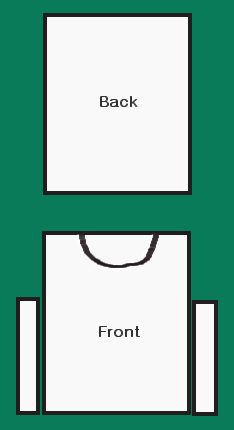 Current Reading
As part of my “Summer Off Reading Series,” I just finished a most wonderfully written book, called The Heart Is A Lonely Hunter 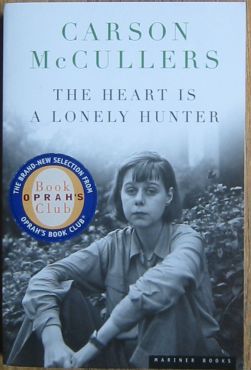 This is an older book, originally published in 1940, and then gained renewed acclaim when Oprah put it on her list (which usually isn’t a good thing, as far as I’m concerned). In this case, the book is an exquisitely written story, written from multiple characters’ perspectives. If you love good character definition, I have read none better.

0 comments on “A Nice Light Topic”