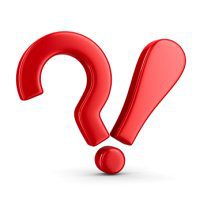 I’m going through one of those periods of my life where I try to question every assumption and underlying rationale for what I do.

Foundations
When questioning who you are, where do you stop and say, this is the foundation, the core of who I am? I sometimes envy very religious people. They seem to convey a lot of certainty that their religious persona is the bedrock of who they are. The bible or the Koran (Quran, Quoran?) or whatever holy book they use defines many.

Without that kind of certainty, I have to rely on some common humanity that we all share. I don’t know that I can put my finger on it exactly. In fact, I’m sure I can’t put my finger on it, as I’ve tried, but I think there is a commonality among us that is, at its roots, who we are from the most base perspective.

If I can stand to focus on that aspect of who I am, all the other aspects of who I consider myself to be seem to show up as optional, and subject to my determination.

I guess it’s too much to hope that at its core, all humanity shares knitting as a common trait? So being a knitter is still up for questioning.

Current Knitting
Despite a minor four row setback, I was able to make some progress on the front of the Aran pullover. 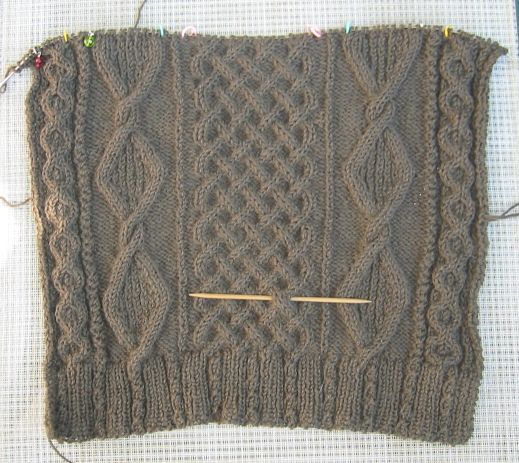 I missed the second cable crossover on the open diamond pattern stitch, and didn’t realize it until about four rows up. I considered dropping those 7 stitches and laddering back to fix it, but there was too much complexity in terms of single transferred stitches and twisted stitches. It was easier to just unknit four rows and recoup my losses.

I also finally got around to felting (fulling) the felted bowls I will sell along with my novelty scarves at an undetermined craft fair. 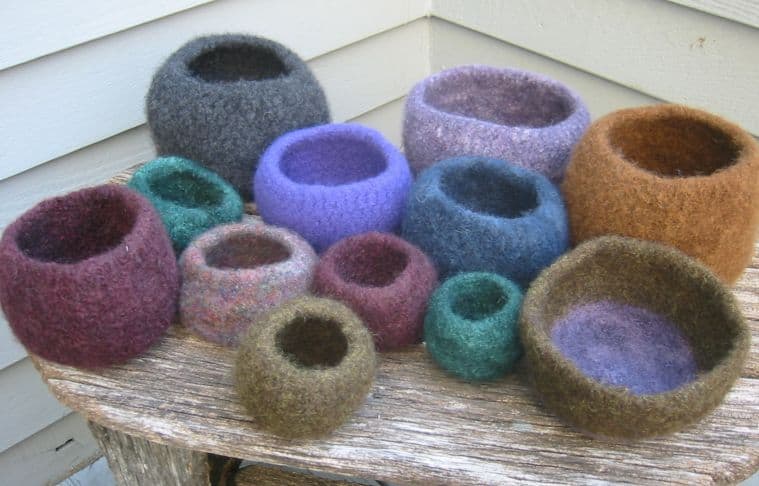 I love how these turned out, and since they were all made of leftover yarns that I wouldn’t have ever used, and they don’t take very long to make, I can sell them pretty inexpensively. I feel it’s always good to have some inexpensive items on a craft show table that buyers can pick up without too much guilt.

Readers’ Comments/Questions
Franklin notes, “I seem to recall a previous vacation to the Vineyard when you didn’t bring yarn stuff with you, but wound up improvising a spindle to spin dog hair.”

Yes, that was the last time I was there. I used an old plastic paint brush and the top of a coleslaw container from the grocery store. Their dog’s hair at the time spun up quite nicely, but it was so disgustingly dirty, I found it wasn’t as pleasant as I might have hoped. That was like two or three years ago…good memory on that Franklin.