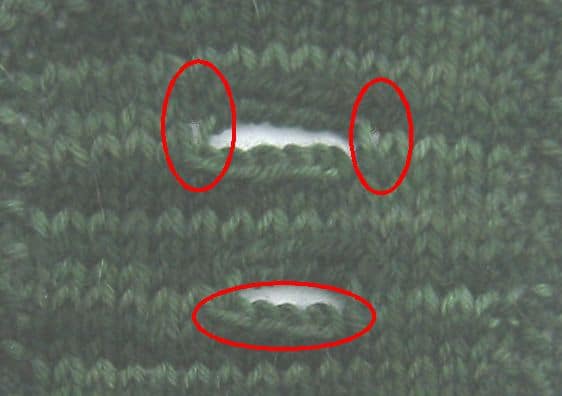 The standard button hole in knitting, is simply a process of casting off stitches on one row, and adding them back on the next row. Most knitters would say, “How hard could that be?”

Problems With Knitted Button Holes
I met another knitter on vacation this past week, and she complained that her button holes look messy. When she made button holes as specified in knitting patterns, they came out with a “lip” at the bottom of the hole, and two loose stitches on the sides of the button hole. Depending on the yarn content and the tightness, or looseness of the gauge, the button hole could get very messy.

With all my understanding of the knitting stitch, I set forth and decided to see if I could build a better button hole. 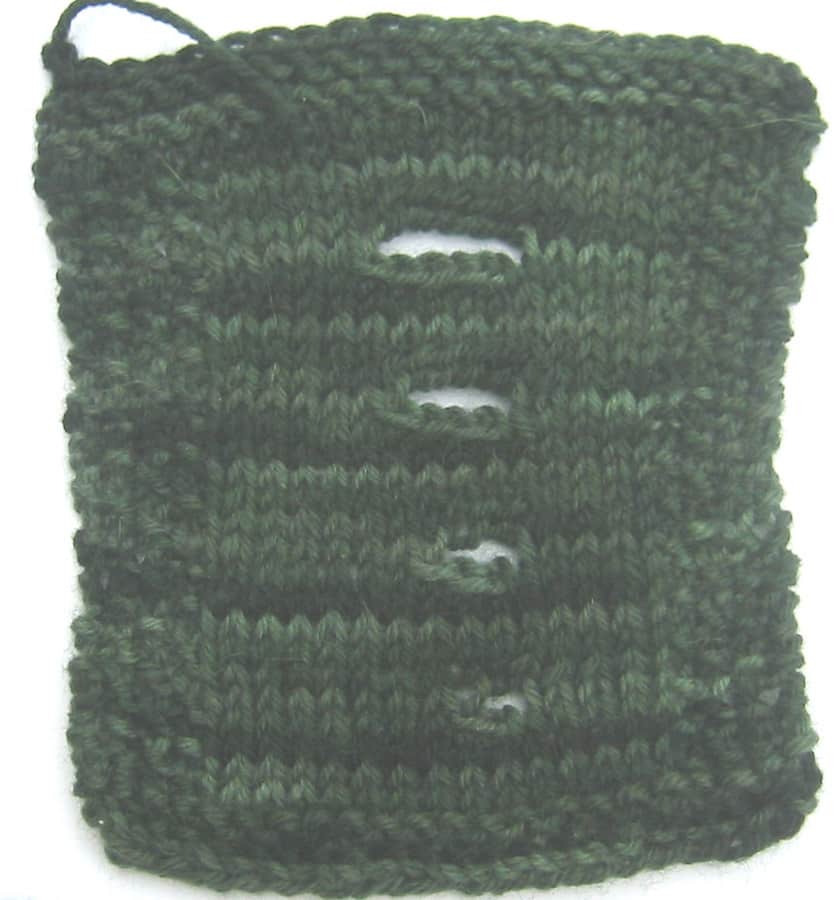 The picture doesn’t look that bad, but if you look closely at the top button holes, you’ll see what I mean about the lip and the loose stitches.

I tried a number of different techniques for both casting off and adding back stitches including:

– casting off on the wrong side
– casting off using a K2Tog or SSK at the beginning and end of the first button hole row.
– twisting stitches at the beginning and end of the button hole
– casting on stitches using a knitted cast on (turning the work around and knitting into a stitch, and then placing that stitch on the left-hand needle)
– casting on stitches using a long-tail cast on (using a small piece of waste yarn)
– knitting/purling into the front and back of the first and last stitch of the cast-on row

After trying a number of different combinations, the two most successful methods I tried were:

Here’s a picture of the result, although it might not show a big difference (it might help to click on the picture to show it full size). 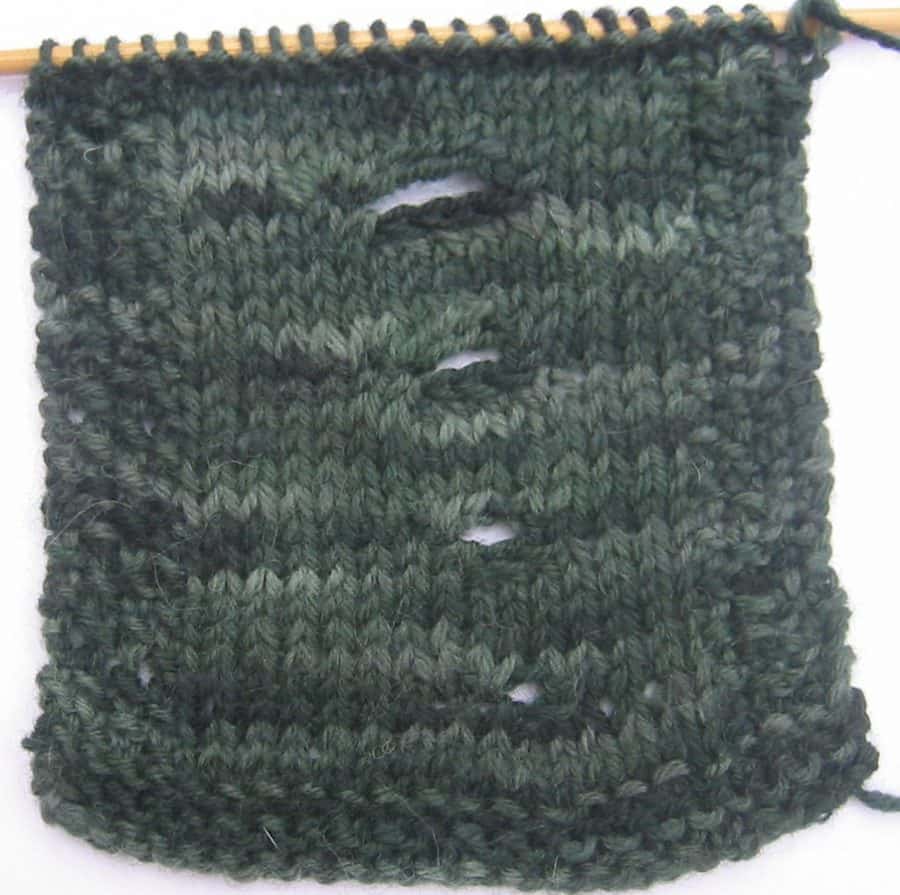 QueerJoe’s Button Hole Recipe
When making a button hole in a stockinette stitch fabric, here’s what worked best for me:

On a 16 stitch swatch, with a 4-stitch button hole in the middle of the swatch, the instructions would be: