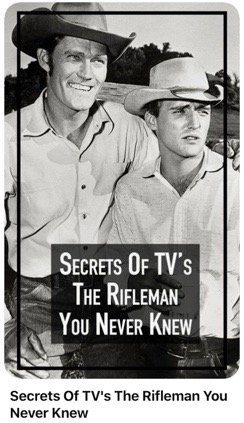 Today, I’d like to play “truth or dare” for the readers, but truth is the only option. Specifically, I’d like to know what are some of your guilty pleasures.

QueerJoe’s Guilty Pleasures
Being such a snob about so many things, including food, and travel and movies and people, I have a small list of things that I love, but I’m not proud about loving them.

1. I love a bologna and cheese sandwich on white bread with plain yellow mustard…the cheaper the bologna, the better.
2. Dirty Dancing is one of my most shameful and beloved movies.
3. I could spend hours reading an issue of People Magazine
4. For about a year, I used to love browsing through the local dollar stores, and I would often spend over $20 in a visit.
5. I have become an expert in both Freecell and Solitaire, two of the games delivered with most MS Windows computers.
6. If I eat just one Hostess Donette (the powdered sugar ones…not the chocolate covered ones), I have to finish the whole box.

So, what are some of your shameful pleasures?

Current Knitting
Since my last post on Wednesday, I have had little desire to knit or crochet anything. I have done some work on the Trekking sock. 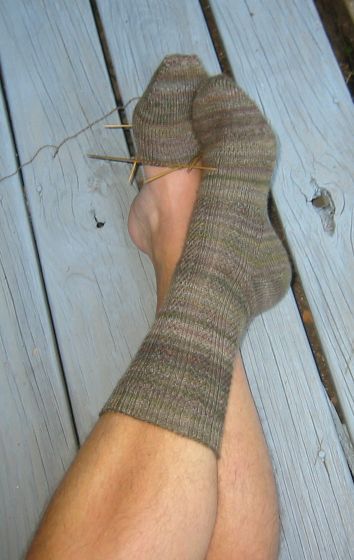 You’ll see I finished the first sock, and I’ve started on the second one. I’ve mentioned that I have combined three components of different socks into this pair of socks. The toe is a standard toe-up using a figure eight faux-cast-on, like Judy Gibson describes. I know there are other as good or better cast-ons, but I’m comfortable with this one. I cast on a total of 24 stitches, and then increase every other round until I have 64 stitches on the needles.

The heel is something I found on the Socknitter’s List. Colin of Colinknits, has invented a heel he calls the Andersson heel (I assume that’s his last name). It requires no picking up of stitches, and it’s relatively simple to do, once you understand his instructions. He’s written a description of it twice, but I think it would have been easier to just write a pattern, and have folks adapt it based on all the questions he seems to be getting about it. 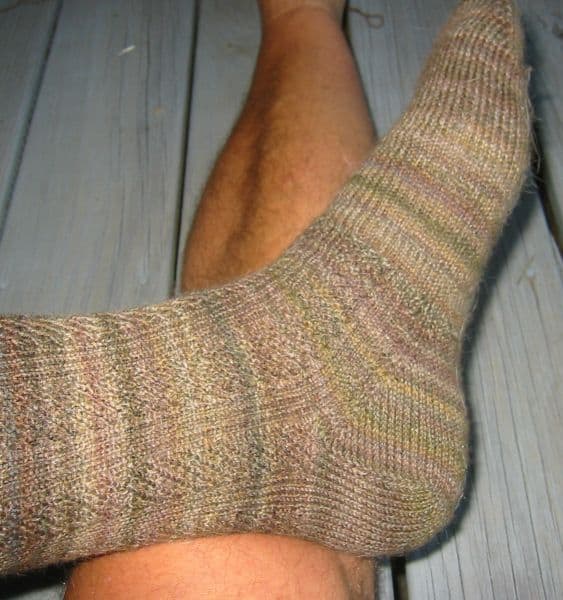 But despite all that, it’s a comfortable heel, and easy to execute.

Finally, the upper part of the sock is from The Knitting Man(ual). It’s not a pleasure to do this stitch, especially if you knit tightly, like I do, but it looks great for a man’s sock. I extended the pattern on the front of the sock a little lower than the back, and I’m very pleased with the result.

Readers’ Comments/Questions
Marilyn writes, “By the way, the sock yarn is Trekking. Just in case you lost the band, which I always do.”

She is exactly right…I just didn’t have the band with me when I posted last. It’s color number 69 (my favorite number).

Karen writes, “Could you maybe describe how you keep all of your knitting supplies organized? Especially needles. I have a small space and am constantly searching for the size I need.”

As Thaddeus will gladly tell you, I don’t really keep anything organized, or at least not very neatly. I took a picture of my main knitting area, which is the chair where I watch television, exactly as it looks most of the time. 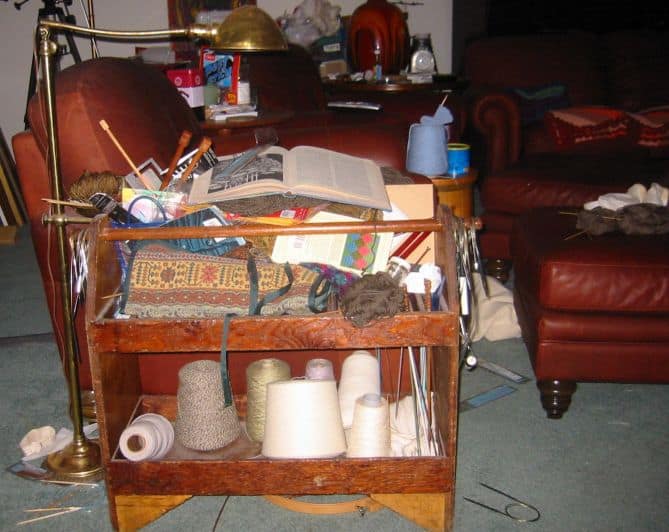 It’s an old wooden tool shelf that works wonderfully for the purpose of knitting. On the bottom shelf, you can see some of my cones of yarn (I have dozens more in a closet upstairs). The top shelf is partitioned off, and I keep my stitch markers, crochet hooks, needle gauge, current knitting book(s) and all my so-called straight needles) On the right side of the top shelf, are a bunch of holes that I can just put my straight needles through without them falling through. The handle for the tool shelf extends out on the left and right of the shelf, and I hang my cable needles on the protrusions. The cat knocks the cable needles down every once in a while.