Thaddeus came up with an interesting question the other day. What does it mean to be rich (in a financial way)?

It’s All Relative
We were discussing a friend of ours who I consider to be rich, but Thaddeus didn’t.

I’m not sure how I made my evaluation. Mostly on the friend’s house and belongings and social activity, such as the kinds of stores they shopped at and the restaurants they went to. Thaddeus thought that one aspect of being rich meant you didn’t have to work, and our friend works.

When I reminded Thaddeus of a party we went to once at a gay couple’s house, where we both considered the couple to be rich, and that both the partner’s worked, it made it even more difficult to pin it all down.

Is being rich just a comparative tool folks use to discuss other people that have more money than them? Would anyone actually call themselves rich? Is there a specific net worth that must be achieved that changes with the economy to be considered technically rich…something like a “rich index”? 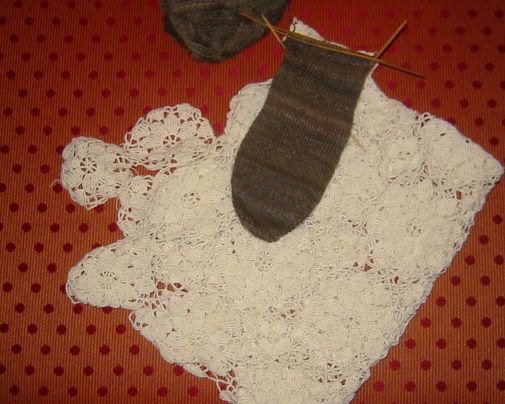 I considered modifying the Andersson heel a little bit, but then figured I’d have two mismatched socks. While it might not be visibly different, it would probably feel a little different. I’ll just make the adjustment on my next pair.

I think I’ll also do a cuff-down version of Colin’s heel on my next pair of socks.

Current Spinning
After finishing up on the alpaca fleece, I decided to get myself back to the Corriedale roving I started working on way back in like June. 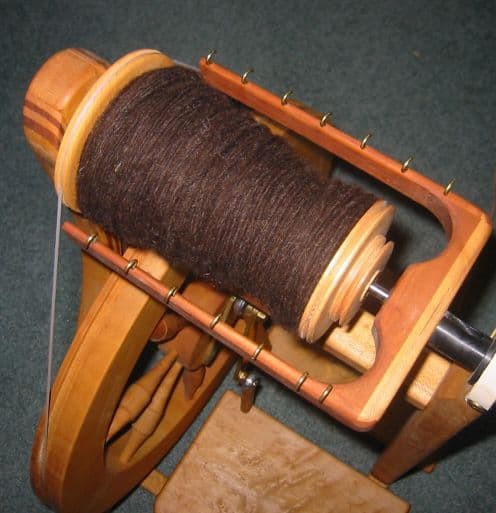 You’ll note I have a nice thick fluffy bobbin full of singles. I still have a rather full box of the roving, so this spinning project should keep me busy for quite a while.

No, but I have to admit, the Andersson heel takes very little thought once you understand how it works. The one thing that looks intriguing about Mary Ann’s toe and heel is that they’re rounded, which looks very appealing.