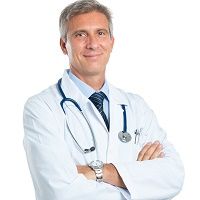 I’ve always been an advocate of folks that proactively look into their health and and also folks that make sure they understand diagnoses and medicines prescribed by their health care providers.

But it gets more and more difficult trying to determine fact from fiction.

Good Cholesterol
Thaddeus recently started reading up on managing cholesterol and triglyceride levels, and found that there’s significant research on using Niacin, a simple B vitamin to increase the “good cholesterol,” or HDL.

It seems that they’ve done rigorous testing (comparable to the tests done on prescription statins, used for cholesterol reduction) on Niacin, and most resources agree that it is the cheapest way of helping your cholesterol levels.

Now, first before I say more, I want it to be clear, I AM NOT RECOMMENDING ANYTHING ABOUT YOUR HEALTH OR VITAMIN TAKING AND I AM NOT A DOCTOR!! I am however, recommending that if your cholesterol is high and/or you’re on a statin that could have serious liver or muscle reactions, that you might consider researching AND speaking with your doctor about whether Niacin might be a good alternative for you. I figure that when even the Mayo Clinic is willing to come out and say that Niacin is possibly as effective or more in helping folks with high cholesterol, and with possibly less potential for side-effects, it definitely merits looking into.

For the majority of my post-30 year old life, I have had cholesterol levels that were higher than I cared to have. With a father who died at the age of 43 from a heart attack, I have always looked for alternatives. It galls me that my doctors have mentioned prescription medications for lowering my cholesterol over the years, but have never mentioned any possible alternatives. My assumption is that they rely almost exclusively on the pharmaceutical companies to educate them on the latest options, and there’s no way the pharmaceutical firms would be letting doctors know about alternative options for controlling cholesterol.

But finally, I reiterate (especially if you’re one of those folks that reads headlines, but not all the fine details), you should definitely make sure you’re having liver function monitored if you decided to try adding Niacin as a cholesterol reducer.

Local Yarn Store Anniversary Sale
For those of you that live near New Hope, PA, Twist Knitting & Spinning store is having an anniversary sale which started on October 15 and goes through October 31st. It includes 25% off all 100% cotton yarns, including: Blue Sky, Classic Elite, Knit One-Crochet Too, Manos and Cotton Chenille. It also includes 25% off all KFI yarns including Noro, Debbie Bliss Baby Cashmerino, Katia and Elsebeth Lavold.

If anyone decides to go, check out all Deb’s books by Elsebeth Lavold as well…they’re spectacular.

Current Knitting/Crocheting
Keeping up with my frantic pace, I was able to get two more large stars completed, and a single filler star. 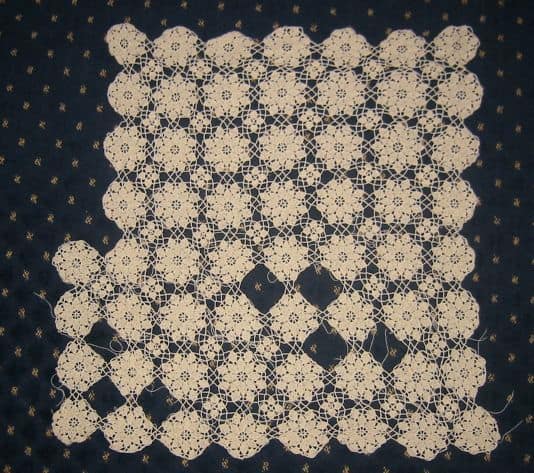 Reader Moorecat notes in comments, “I think I see a mistake (gulp). If you look at the third row from the top and the second motif from the right, it looks as if it has been joined at a different angle from the other motifs, so that it stands upright on one point, instead of two points.”

Actually, I’ve made a couple other mistakes along the way. When I’m finished with all the crochet work, I will go back and snip these motifs out and replace them correctly. I have to admit, it amazes me that there are folks that look at blog photos closely enough to see these things. I remember a quilter friend warned me when I was putting a colorblock edge on my quilt to make sure I used the same number because there were folks out there that would actually count them to make sure there were the same number on each side.

Then again, I know some folks just have an eye that instantly spots irregularities like the one that Moorecat noted.

Readers’ Comments/Questions
Cara writes, “I just saw the catalog for this show:

Radical Lace and Subversive Knitting and there were some crocheted tablecloths that you might be interested to see. Have you seen this show already?

No, but it looks fascinating. I will have to see if I can possibly arrange to see it. Thanks for sending on this kind of information.

Also, thanks to everyone who added me as a friend in Ravelry. I’ve been rather obsessed with the world of Ravelry lately (just ask Thaddeus), so having fast friends in this new world has been quite nice.