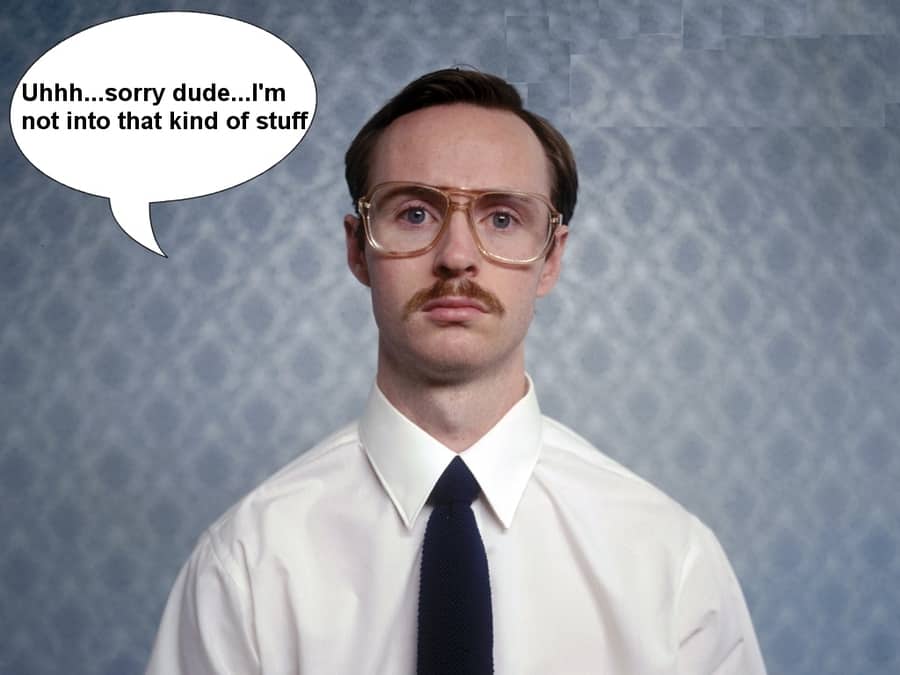 Asking if Tom Cruise is gay is like telling an ugly straight man that you’re gay and having him reply with the standard, “I don’t have any problems with you being gay, but I don’t swing that way.”

Who would want an ugly straight man or a crazy (albeit handsome) gay man (if he is)?

Which Brings Me To…Scientology
First off, I truly believe that L. Ron Hubbard (the founder of Scientology) was an amazing genius, and came up with some of the most incredible concepts for helping people realize their true selves.

That being said, I can’t understand how an organization that has the potential to be extraordinary, chooses to be at best odd, and at worst, some say dangerous and lethal.

I am not a member of the Church of Scientology, but through my work in est back in the ’70’s and ’80’s, I was exposed to bastardized versions of some of Scientology’s techniques (that supposedly the founder of est, Werner Erhardt, stole while he participated in Scientology…the two organizations weren’t overly compatible for years afterwards…maybe still aren’t). I actually read Dianetics by L. Ron Hubbard

and found that it provided amazing insight into understanding why we are what we are.

Both Tom Cruise and Scientology have taken on at least one common attribute, and that is to aggressively pursue detractors with law suits to bully them into compliance.

Check out this site for some of the alleged dark-side things associated with Scientology. 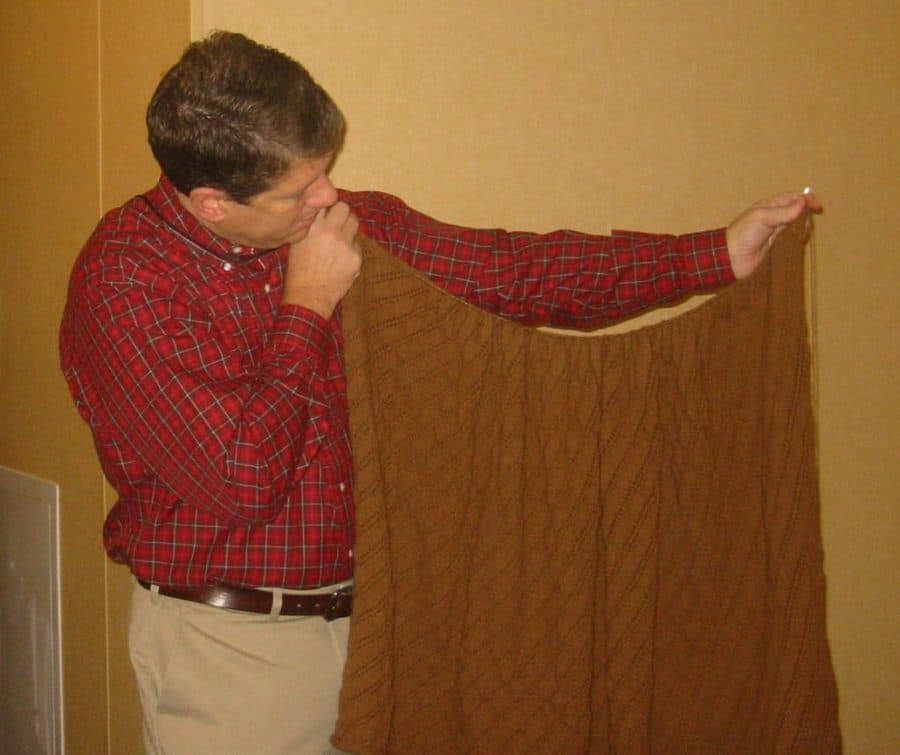 Okay, so I added an inch or so to the ridiculous kid alpaca blanket project.

It’s still soft, silky and warm to have in my lap.

Current Spinning
I ended up doing a bit more spinning on the Tussah/Cashmere blend (see…when I have a boring project to knit…I have a lustrous project to spin!). 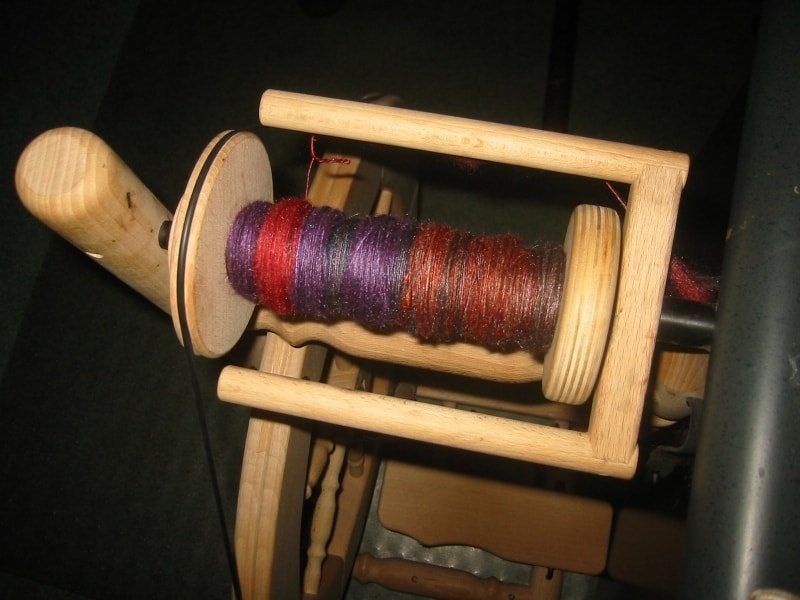 You’ll note that I finished spinning the purple color, and started spinning the last color, red. Now I only have to finish the red before I start the second coil of roving.

I still contend that it will be interesting to see the resulting two-ply yarn.