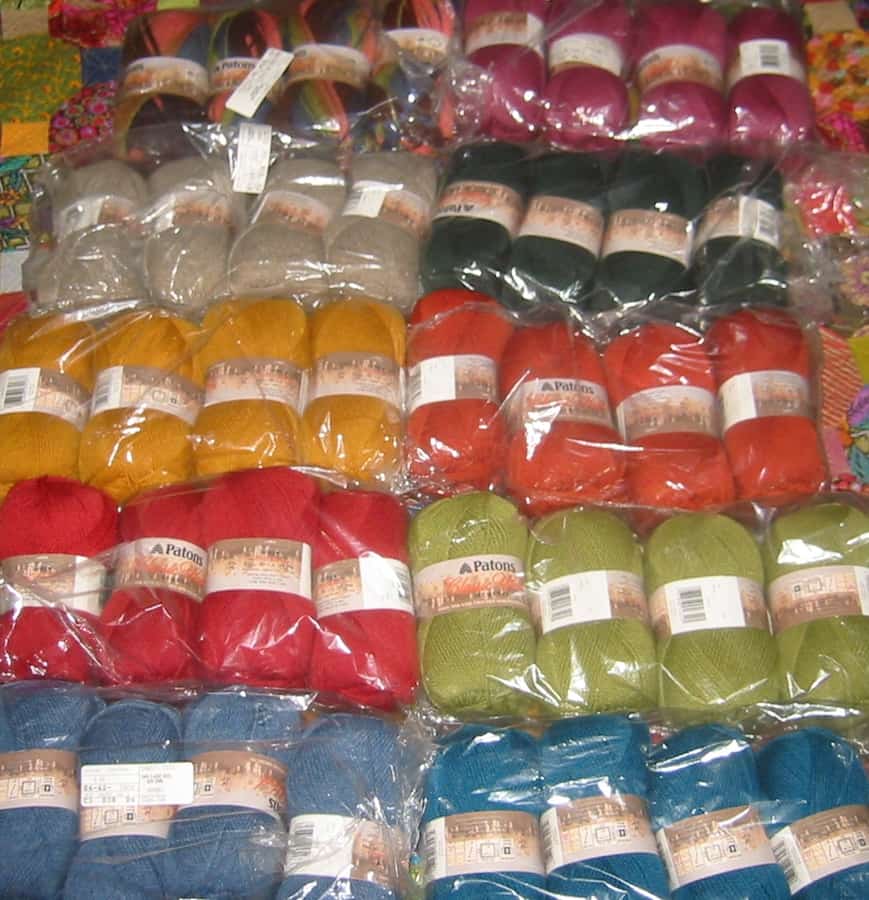 I returned home from work last evening to find I have a boatload of things to work on now.

Patons, KnitPicks and Black Bunny
After the discussion a while back about how good Patons yarn is for felting, I went to the JoAnn’s site and it was on sale, so I bought a little.

This is forty balls of yarn in 10 different colors. They sent me a variegated one that I didn’t order (or at least didn’t mean to order), so I don’t know what I’ll do with that. I’m considering making felted hats with the yarn that I will included in my craft show inventory of things to sell. We’ll see.

I also got my order of circular needles from KnitPics. 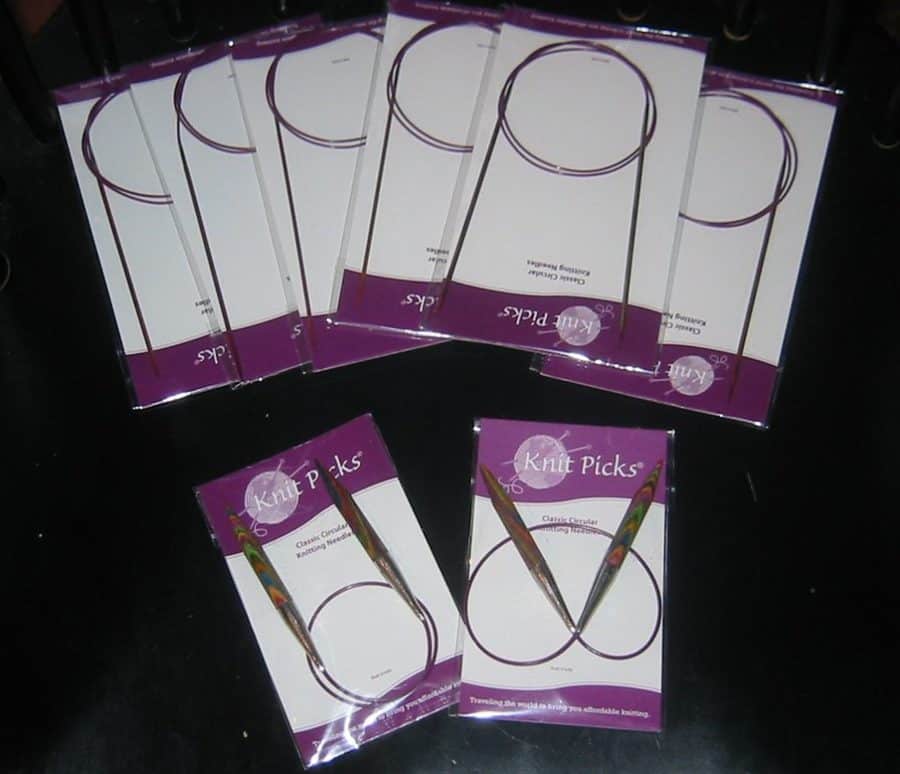 I needed to get a couple of short US11 cable needles for the felting project and also some fine gauge circular needles for lace projects…either current or on the horizon.

Finally, I got my order from Carol at Black Bunny Fibers. 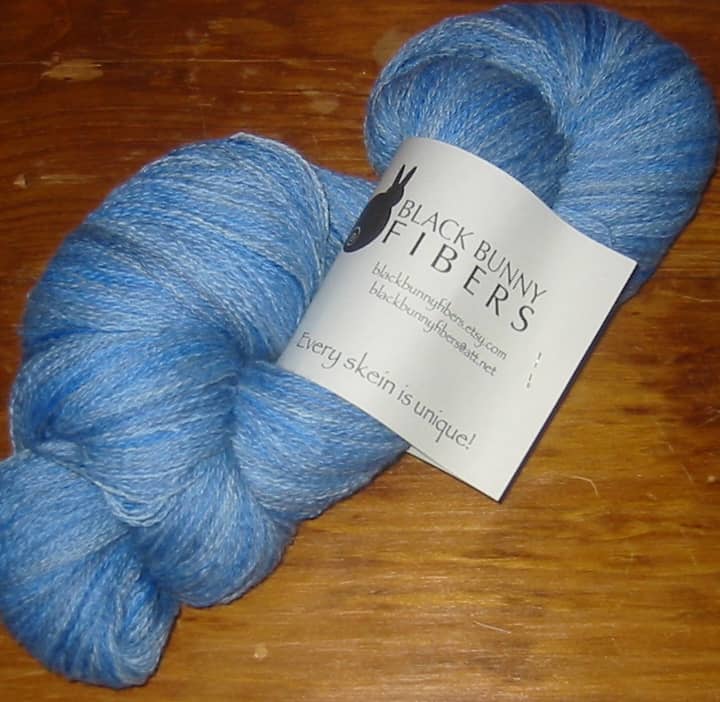 God that woman knows how to pick incredible fiber, and then does an amazing job of dyeing it. I can’t wait to start a lace project with this yarn. The softness is unbelievable and the shades of blue have me staring at the yarn for such long periods of time that I think I may have an alien abduction thing going on. Here’s a closeup picture that still doesn’t do it justice.

I’m not sure if she will ever do this alpaca/Shetland blend again, but if she does, grab it up immediately. I still can’t believe I was able to snag this one.

Current Knitting
I did another couple of relaxing inches on the kid alpaca bedspread. A picture wouldn’t help illustrate my progress…trust me.

But I also moved the red lace tea cloth to the KnitPicks needles, I’m up to round 70 on this garment. 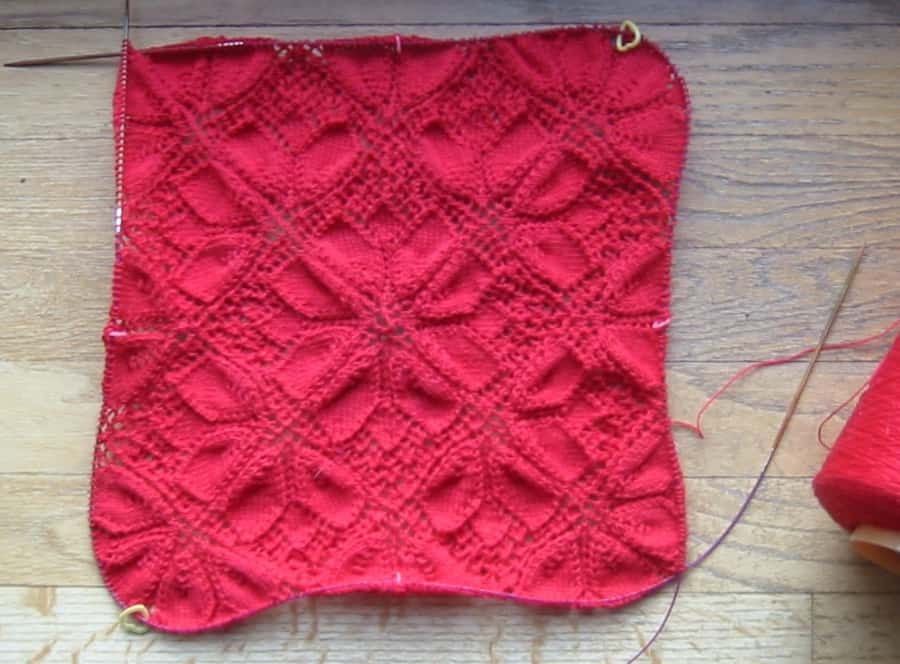 Readers’ Comments/Questions
Regarding the link to the anti-Scientology site, John M. wrote in an e-mail, “You seem thoughtful and responsible. The Scientology stuff that you wrote is OK, except for the last bit… referring people to the YTMND site. I think this could be considered irresponsible from someone that appears to be enlightened. It’s because you give such thoughtful intercourse on the topic then a flip, irresponsible resignation to redirect people to this site that is so irresponsible.

I replied back that I was trying to show that there are folks that are vehemently opposed to Scientology, but he’s right…I should have looked for a more well-balanced site that didn’t seem so extremist. Thanks John.

VTKnitBoy mentions Navajo plying the tussah/cashmere, and then Meribeth follows up with, “The spinning is glorious! I can’t wait to see it as a 3 ply.”

Actually, I think I will just double-ply it. When I spin the second round of singles, I will just use the same color sequence, knowing that the colors will mix a little at the transition between colors. Besides, I don’t know how to Navajo ply…it’s the first spinning technique that I haven’t been able to teach myself.