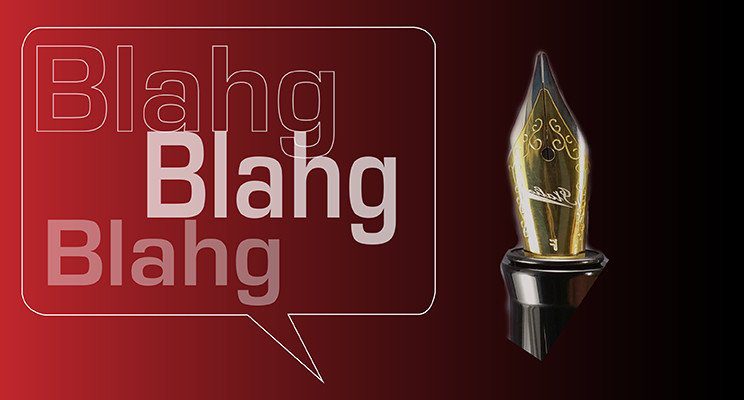 When I do something like an actual interview, I feel as though I’m getting much too official in my blogging.

Upcoming Book Tour Stop
Carol of “Go Knit in Your Hat”
is doing a virtual book tour to promote her new book, Knits So Fine

, and she’ll be making a stop at QueerJoe to endure some intimate scrutiny of her work.

As part of my research, I decided to check her Amazon sales to see how she ranked among other Knitting book sales, and as of Monday, May 5th, she was fifth on the list.

I could kind of understand that Stephanie’s book beat her out, and even Elizabeth Zimmermann’s…but the other two I have trouble understanding that.

Current Knitting
I’ve started the second “center square” (no, not Paul Lynde) of the lace project from the Ichida book. 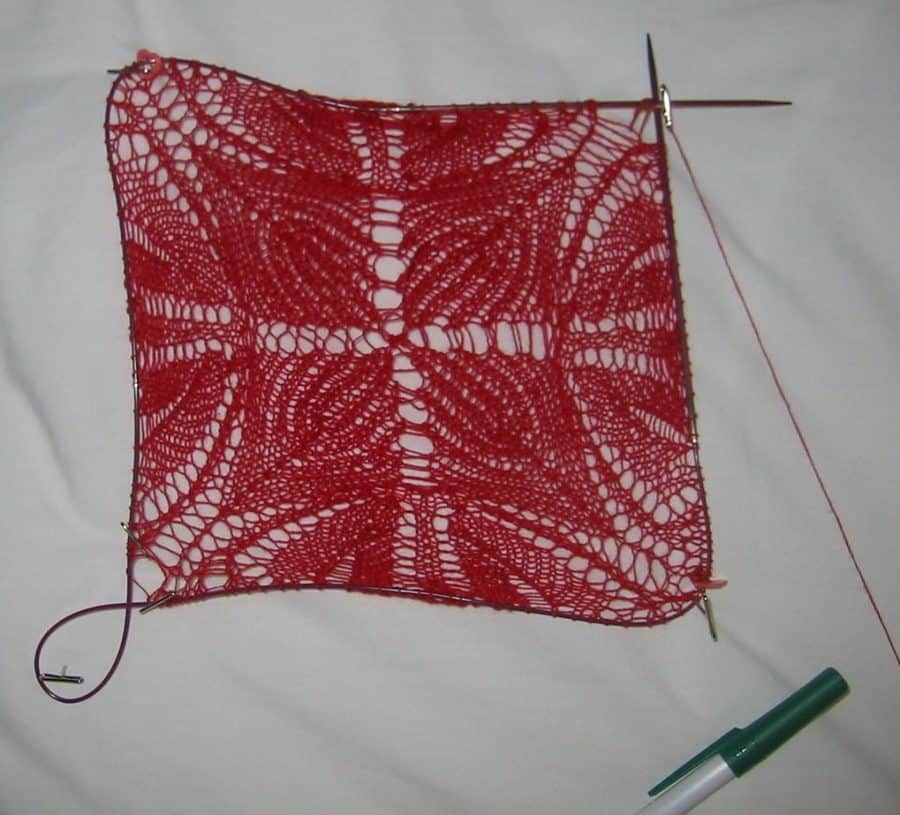 I’m up to round 50 of around 80 rounds. These sections go relatively quickly. When I have to pick up stitches all around these two center pieces and work multiple repeats of two separate border rounds, it will go a bit more slowly.

Current Spinning
Despite all that’s going on, I was able to fit in about 2 hours of spinning on the BBF roving. 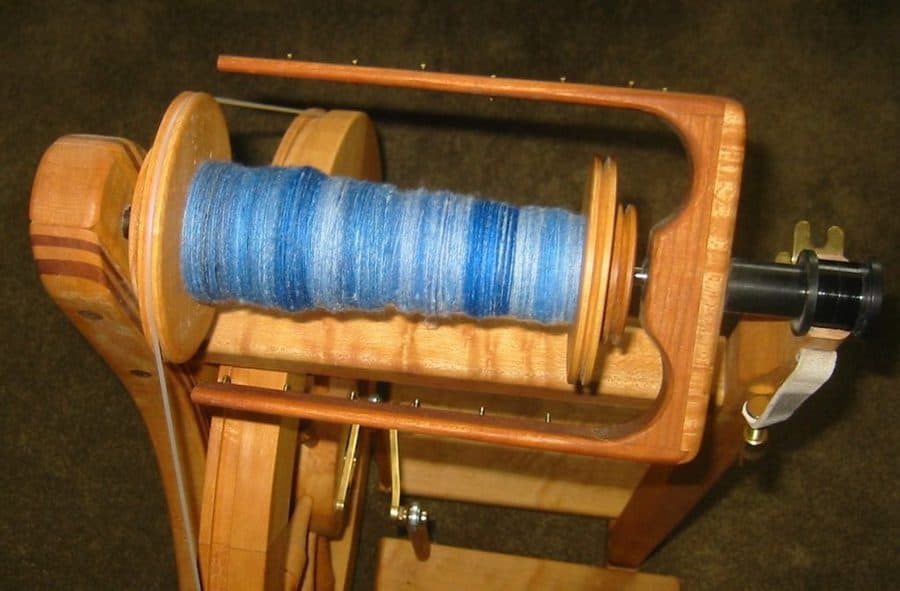 At one point, I may have to weight what I’ve completed so far to make sure I have approximately half of the roving spun onto one bobbin. I think I have a while to go before that happens.

Readers’ Comments/Questions
Regarding the Ichida lace, Betty in Jacksonville, FL asks, “What are you knitting it with?”

It’s a cone of size 20/2 cotton that I’ve had lying around for years. I’m knitting it on US1 needles.