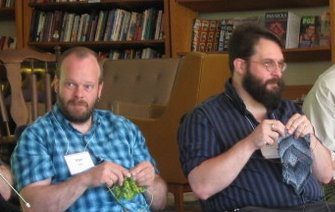 There were 32 guys who attended the 2008 Men’s Spring Knitting Retreat, and I could write blog entry about each and every one of them…each of them were fascinating in their own way.

Danny and Van
One of the couples attending the event were Danny and Van. Danny Ouellette, I’ve known for a long time through various on-line knitting forums, and I was a big fan of one of his first published patterns, and I love his latest hat design. But despite knowing of him, I had never met him. Van, his partner, I got to know solely through the brief time I had with him at the retreat, and then I’ve learned more about him by reading his blog.

In my experience, they were both quiet and introspective, but also incredibly down-to-earth and easy to be around. Danny was incredibly sleep-deprived by the time he got to Easton Mountain, and before he got some rest, he was actually quite funny in an almost drunk sort of way.

One of the biggest pleasures of the retreat was seeing how even quiet, reserved guys made a significant contribution to the event.

Current Knitting
I made it up to round 36 on the current Ichida project, and I haven’t lost one bit of steam on my forward progress…in fact, I think I may have even accelerated my pace a bit. 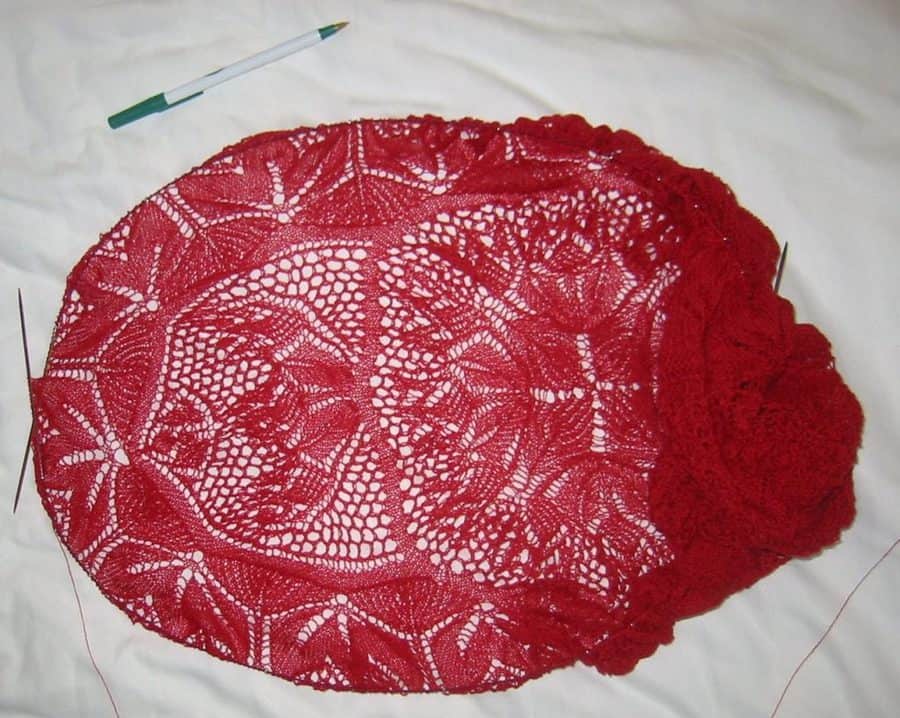 I am going to push hard to finish this by the weekend and start something new.

Readers’ Comments/Questions
Many of the Canadian readers were aghast at the lack of interesting candy in this country…Alan (Raresteek) summed it up with, “I am horrified at this new knowledge concerning the candy drought in the U.S.of A. How about Coffee Crisps

We’ve just recently started getting Coffee Crisps in the states. I personally blame Cadbury and the White House Administration for this dreadful lack of good candies. Cadbury, because they send all the good stuff to Canada, and The WHA because I don’t like them.