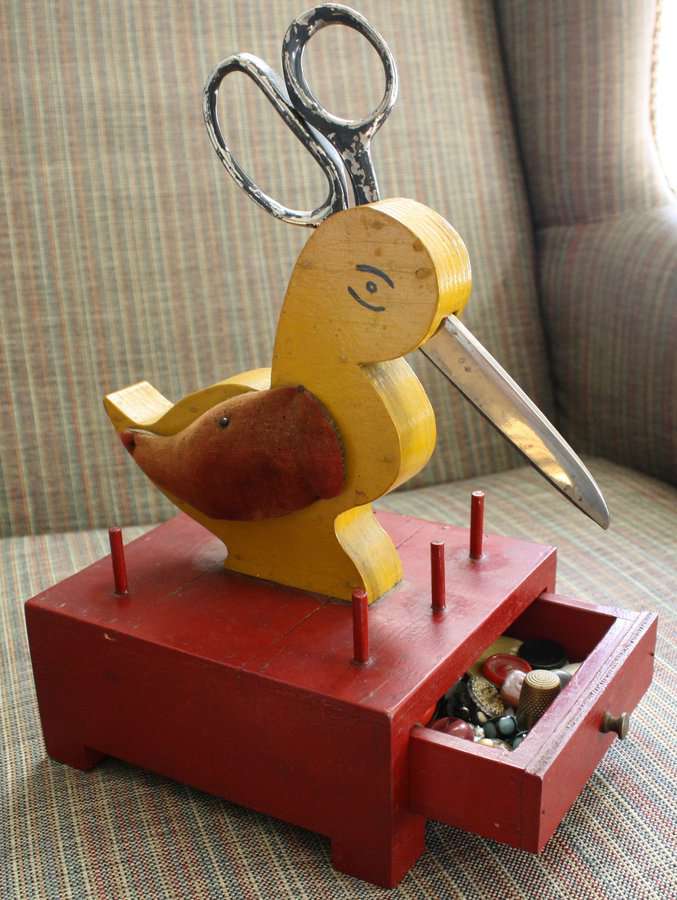 The Other Red Project

Last week I mentioned I had another project that was red (in addition to the Ichida lace that I finished and the pullover vest that I started).

A New Skill?
I’m not sure if I will pursue this any further, but I decided to teach myself to sew.

I figured the characteristic of perseverance would extrapolate well to sewing, but I didn’t realize that the whole new lexicon and the lack of complete directions in sewing patterns would be quite so daunting.

Maybe it’s just because I’ve been knitting for so long that I take certain things for granted, but it seems that knitting patterns assume only that you know how to cast on, knit and purl and give directions for all other stitches. Knitting patterns also give all the directions necessary to make a garment (even if the pattern only directs you to “reverse pattern on second side” instead of including instructions for it).

Sewing patterns on the other hand seem to assume that you know the order in which to put together a garment and other skills such as hemming and easing in and how to sew in elastic, etc.

Initially, I decided to use a relatively simple pattern to learn some of the basics, and I made a pair of boxer shorts (men’s underwear was one of my first knitting projects, so I figured I’d stick with it). Other than sewing together the two fronts of the legs and the two backs of the legs to make boxer skorts instead of shorts (yes, I fixed this error), and having to re-sew the elastic band a few times, this pattern was relatively easy (sorry no pictures).

Then I decided to make a shirt. 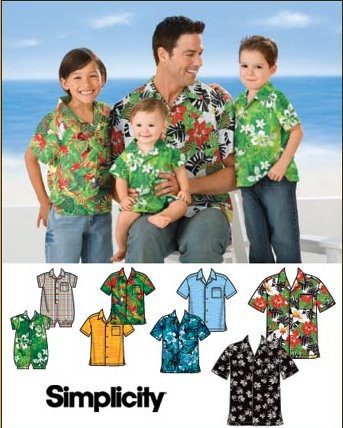 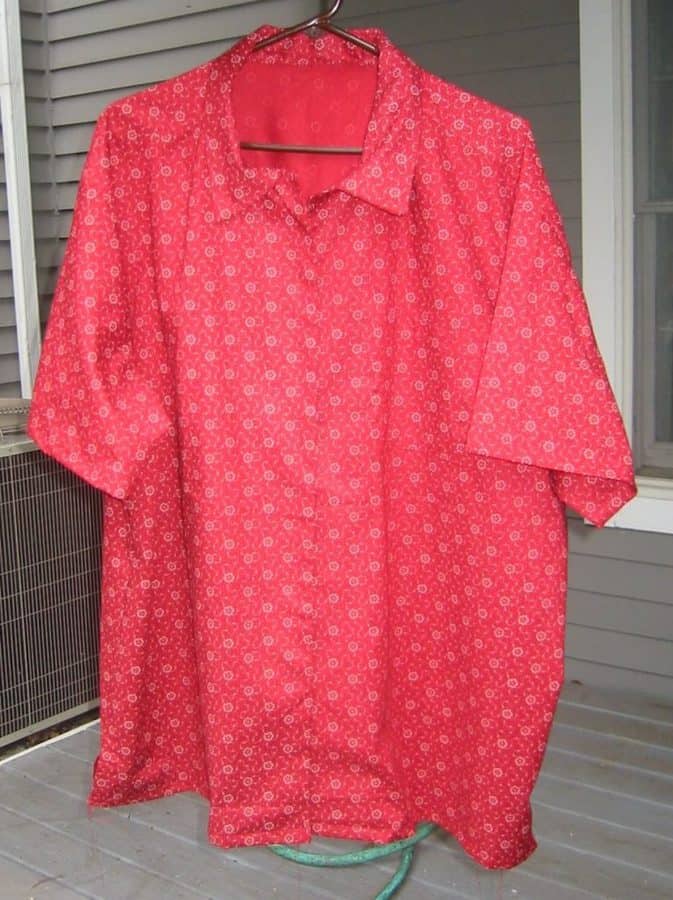 I was even able to figure out how to use the buttonhole feature on my sewing machine and create decent button holes. Overall, I was quite pleased, and Thaddeus actually wore the shirt last night out in public. I guess it couldn’t have been that bad.

Though, I may decide to limit my sewing to just quilting. Not sure all the work is worth it.

Pullover Vest I’ve been working on. 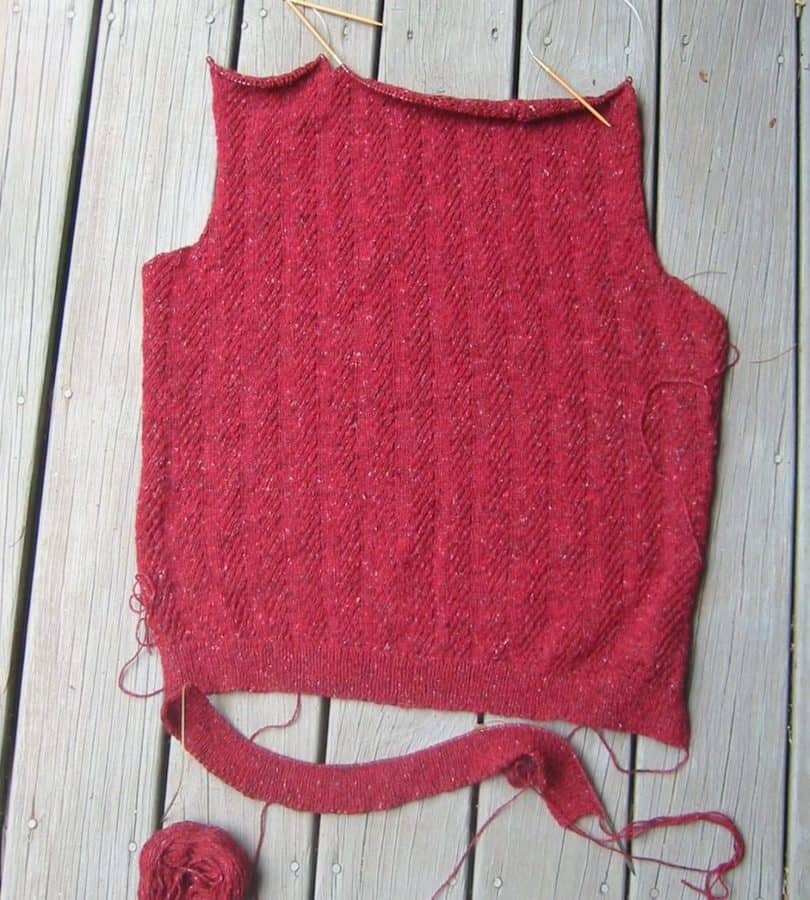 I’ve finished the back, and almost completed the ribbing for the front, so it’s moving along quite well. The sweater is looking like it will be a great basic man’s sweater vest, and I may just decide to publish the pattern.

We’ll see how it turns out and then decide.

Readers’ Comments/Questions
Carol writes, “Hey, you didn’t answer MY question. Hmph.” (referring to her question about whether the other red project was the millinery hat work I was doing to get into the Red Hat Society).

0 comments on “The Other Red Project”