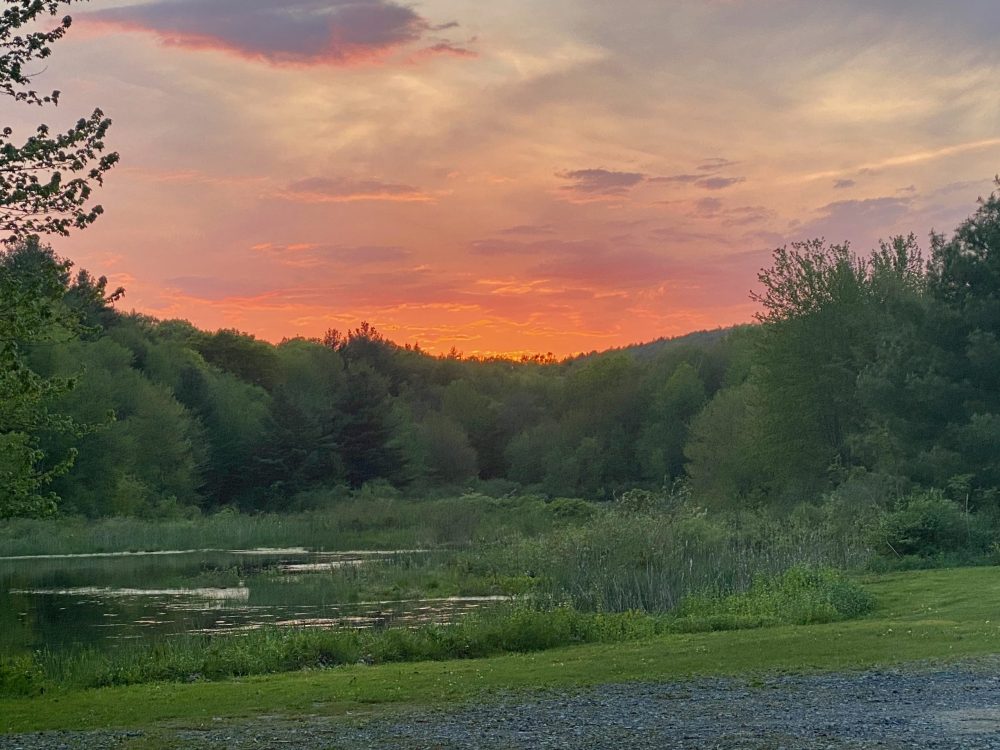 Have you ever had the experiencing of awakening to a brand new day, knowing that your life was changing, even though there was no specific evidence to support it?

I’m Awake
These last few months, perhaps longer, have seemed like I was sleepwalking through them. I continued to perform all my daily tasks, but there was no focus or vitality associated with any of it.

This morning I have come into a day that is clear and blue and I have a similar level of clarity associated with all aspects of my life. I feel as though I know where I’m headed today. I feel bright and energetic, as if during my sleep, someone sharpened me like a knife on a whetting stone.

Perhaps the Claritin has just kicked in.

Current Knitting
Last week I was very busy with work, and as a result, got very little knitting done. Even during the times when I would normally have gotten a lot of knitting done, such as in the airport or on the plane, I didn’t feel like knitting.

I almost suggested that she check more carefully when wiping herself, but thought it would only encourage another spate of inane words.

I tell you all this because I tried knitting while simultaneously trying to ignore what she was saying. After a short 90 minute flight, I found that the four sides to my lace garment now all had different numbers of stitches, 158, 161, 165, 163. I ended up un-knitting back two rows, which seemed to take forever, and then got myself back on track. 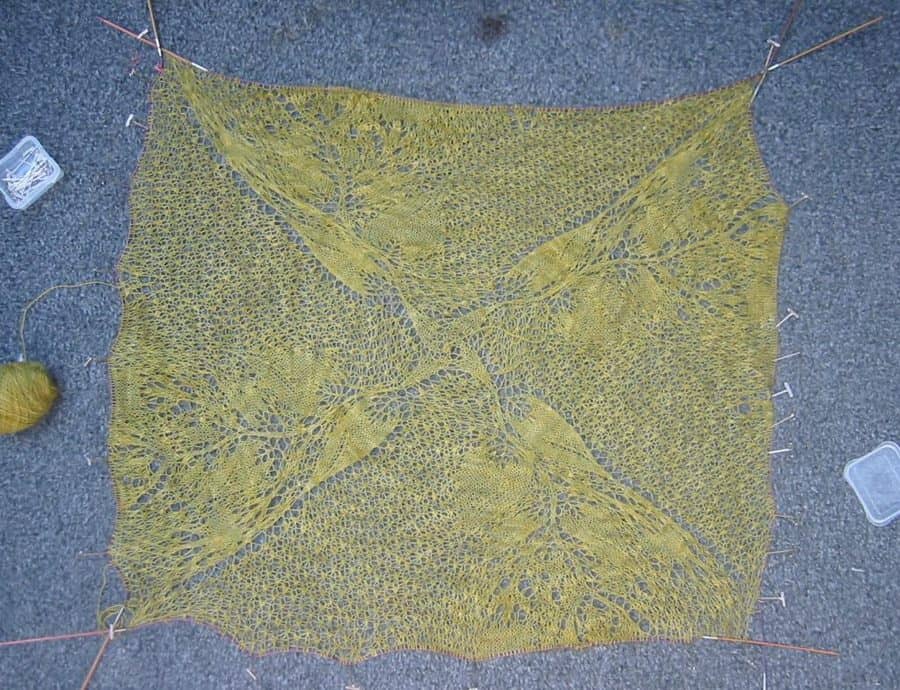 This shows me up to round 90 of 142 on the Promenade dans le Foret lace project. I put it on four cable needles for the picture, since I figured the least I could do would be to try and get a decent picture for the blog. Here’s another shot of just the center of the lace. 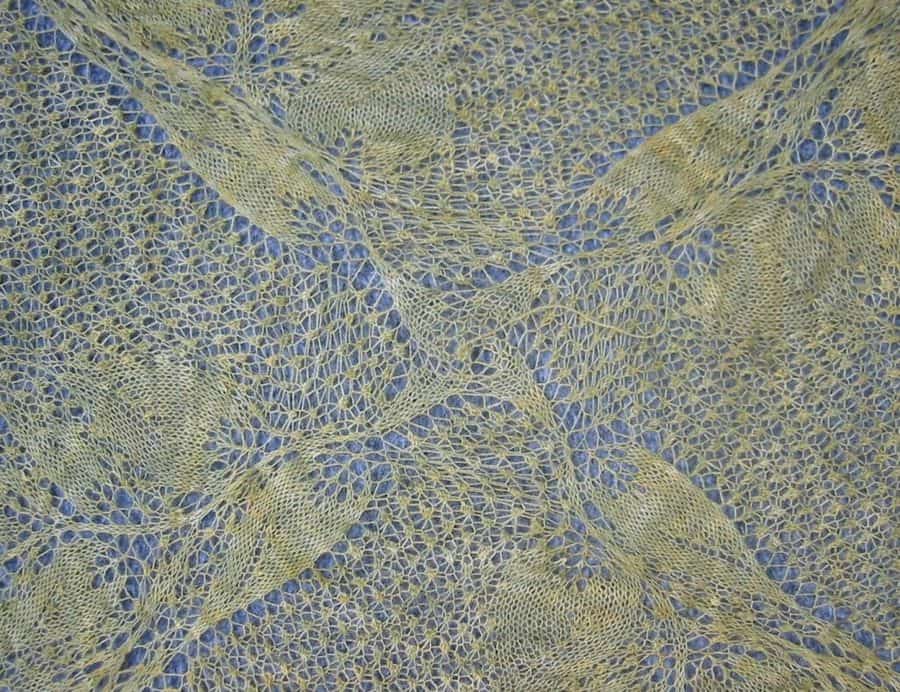 I sniffed the project just to make sure it didn’t smell like ass.

Most Non-Photogenic Cat
Nico has turned out to be great cat thanks to Thaddeus’ constant attention and love. But despite how great he is, he takes some of the worst pictures of any cat ever. Here’s the best one I could get. 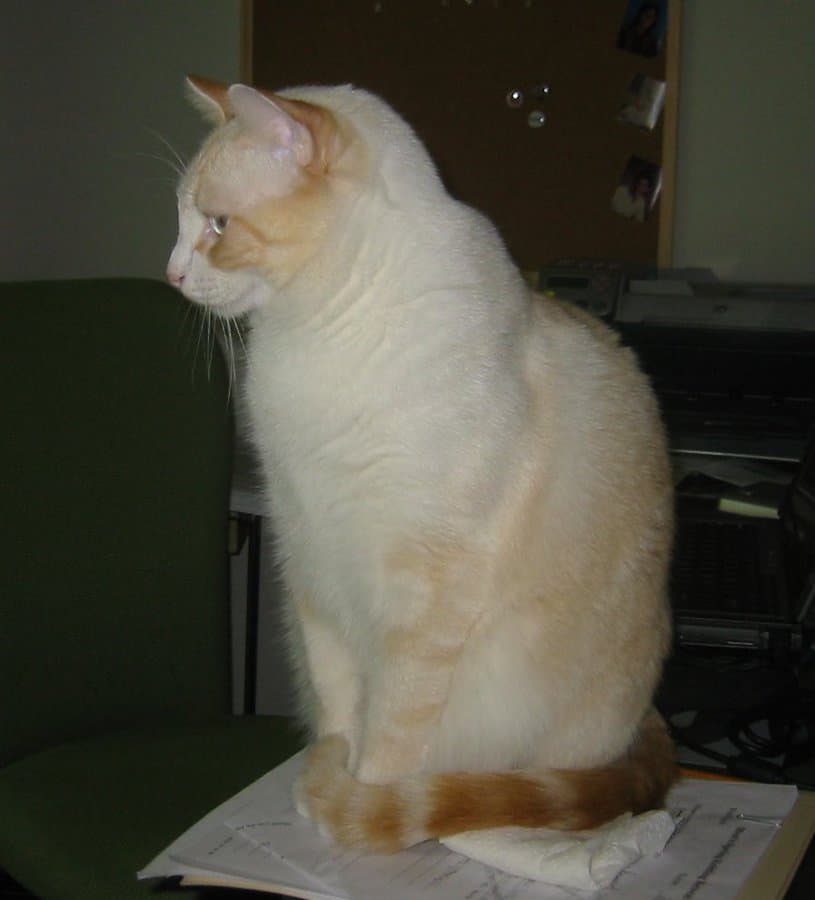 Suffice it to say, he is MUCH cuter than this in real life.

Readers’ Comments/Questions
Twinsetellen wrote, “I spotted some of your work on the Men who Knit site and just had to find out more. I’ll browse your prior posts, but if you were so kind as to send me some info, or a ravelry name if you have projects posted there, I would be so grateful.”

I have posted all my recent projects on Ravelry under the clever Rav-Name of QueerJoe. To find out more about this incredible lace, I would highly recommend joining the Niebling Lace Knitters group on Ravelry. There is an excellent Yahoo Group as well, but I’m not sure they’re taking new members now.