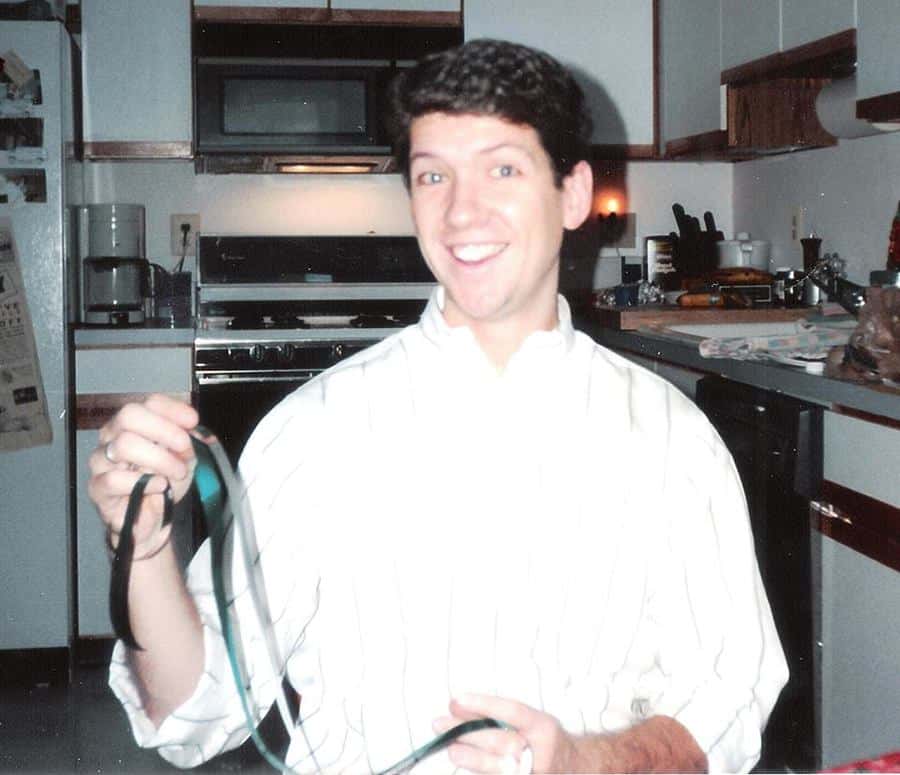 I was just speaking with WonderMike – linked here if you have access to Ravelry – trying to help organize the West Coast version of the Men’s Knitting Retreat.

Did you ever recognize that you had a set of skills that was perfectly suited to doing something, but never realized you had those skills until the opportunity presented itself.

Organizing A Knitting Retreat
Michael is going through much of what Ted and I did when we first realized the Men’s Spring Knitting Retreat might actually become an event that guys would want to go to.

We needed to set up accommodations with the retreat center, establish some sort of agenda for the weekend, maintain attendee rosters, organize classes and workshop leaders, enroll folks in classes, establish retreat ground rules, publicize the event, create graphics, set up web sites, request swag donations, assist with travel plans…and on and on.

It seemed whenever I needed to accomplish something, the necessary skill came into play, or I begged Ted to take on the duties for which I didn’t feel sufficiently competent.

After all was said and done, I realized I had a rather wide and varied set of skills that assisted me throughout the process.

It’s nice to see someone else realizing their potential in the same way.

If anyone is interested in attending the West Coast Men’s Fall Knitting Retreat, either contact WonderMike on Ravelry, or let me know and I’d be glad to send you the information as it exists today. Eventually, I’ll help Michael set up a web site to which we can refer folks…thank goodness for minimal HTML skills.

Current Knitting
Lace knitting has turned out to be yet another skill I’m cultivating. The weekend was filled with lots of exciting twists and turns in my current lace project. 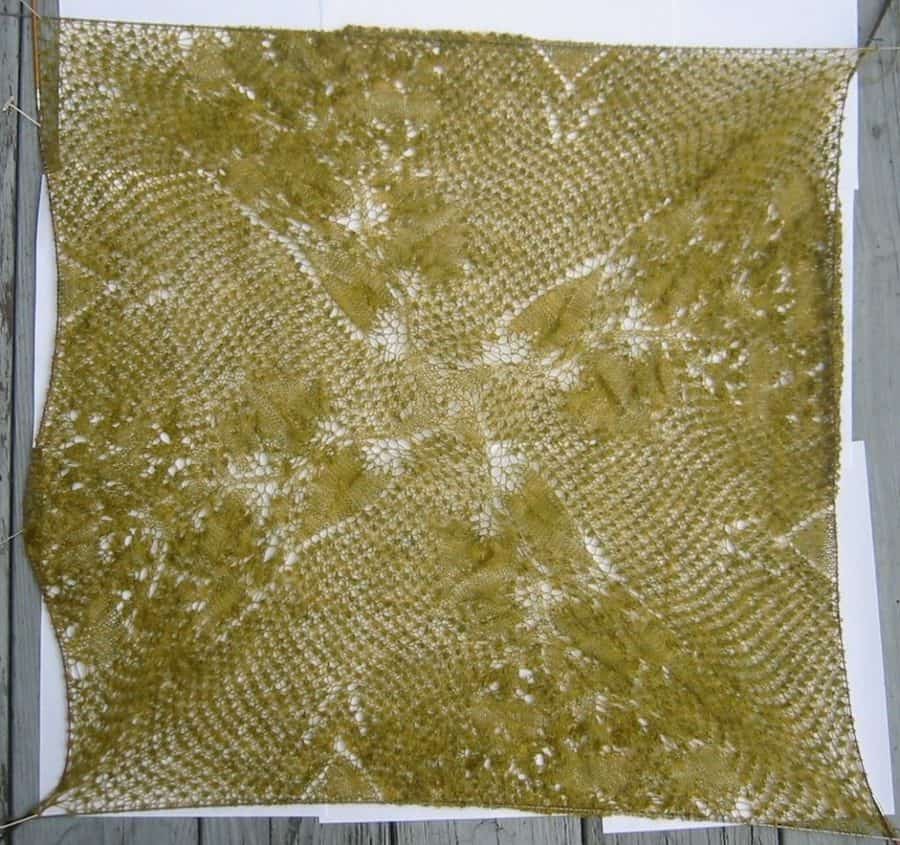 I’m currently up to round 112 of 142. I stumbled a little on two rows with the same mistake. On one round, the pattern called for me to make 4 stitches into one and I misread it to mean knit 4 stitches together. You can imagine how that might have affected my stitch count. I repeated this mistake on 3 sides of the project before realizing my mistake (I kept fudging that section of the lace to get my stitch count correct) and going back to fix it.

About four rounds later, I found myself making the exact same mistake…fortunately, I only did it on one side before realizing.

Readers’ Comments/Questions
Carol writes, “Also, I am tardy in defending Nico’s honor. He is a handsome cat and might I suggest that the less-than-satisfactory photographs are the fault of the photographer rather than the gorgeous model?”

I’m not sure if it is a bad photographer or the fact that a camera can’t quite capture just how delightful this cat is. You know folks that have a certain inner beauty that just doesn’t get captured in a photograph. Nico may be like that. He’s got a lot of outer beauty too, but something just doesn’t come across in his pictures. Then again…it could be the photographer.

By the way, does everyone know that Carol’s latest knitting book, Knitting Socks With Handpainted Yarns

is already available for pre-order on Amazon?

Regarding the smells-like-ass-girl and her cheese, M-H writes, “You can’t take food into either Aus or NZ – both countries have strict quarantine regs to protect agriculture. My first reaction was – ‘Wow, she’ll lose that at customs!'”

Believe it or not, she had already gotten through customs in the states and she actually TOLD them she had French cheese in her bag. We have pretty strict customs rules about this as well (I think), just not very bright folks administering those rules.

Fredda asks, “You know I have lace envy. When you make a (rare) mistake, do you ever feel like quitting?”

Not usually…I don’t always feel like going back and correcting my error immediately…sometimes if just feels daunting…but that feeling goes away pretty quickly these days.