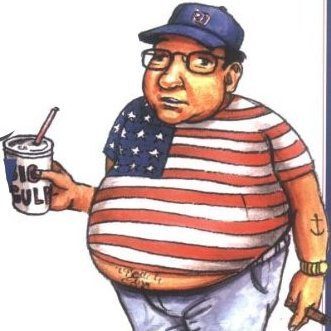 A Brush With The Common Man

Waiting for the off-site parking jitney to pick me up this morning, I had the “opportunity” to speak with a regular guy.

A Bit of Background
First of all, I normally wouldn’t have spoken with this man…he initiated a conversation, and it would have been awkward waiting with him if I had tried to terminate the conversation rudely.

Second, like many in this society, the man was overweight and out of shape and had an antique piece of luggage that clearly tagged him as an amateur traveler.

After some discussion of where we were both traveling, and the fact that he was “forced” by his employer to fly home on 9/11, he asked me who I preferred, McCain or Obama. I told him Obama, and let him know I was frightened for the future of this country if McCain got elected. I asked him his preference, and he sheepishly said McCain.

After some additional discussions on various political topics, I realized a few things about this man:

– He didn’t appear racist
– He had at least some understanding of the candidates…most likely he listened to the news on TV
– He wasn’t overly smart, but he was definitely not stupid

I realized that this man was like the majority of people in this country, and that unless folks start taking a much more personal interest in the workings of government, we are truly fucked.

Current Knitting
I worked on both my travel project and my home project since the last blog post.

I’ve gotten up to the ribbing on the Noro Kureyon sock. 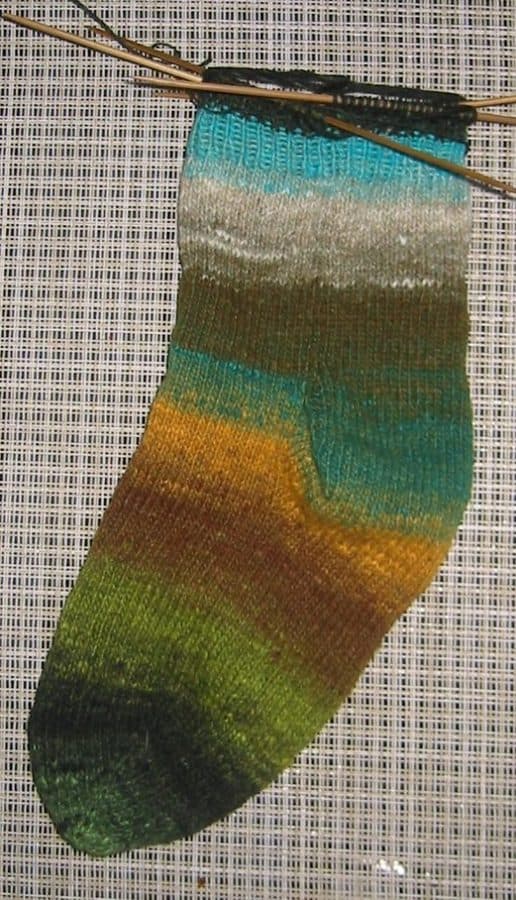 I was working on it at a picnic yesterday and realized I had lost a stitch somewhere. I was a bit too distracted to try and figure out what happened, so I just put it away and figure it out when I could concentrate a bit more (having reading glasses will help too).

I also got a few more squares done for the Manos afghan. 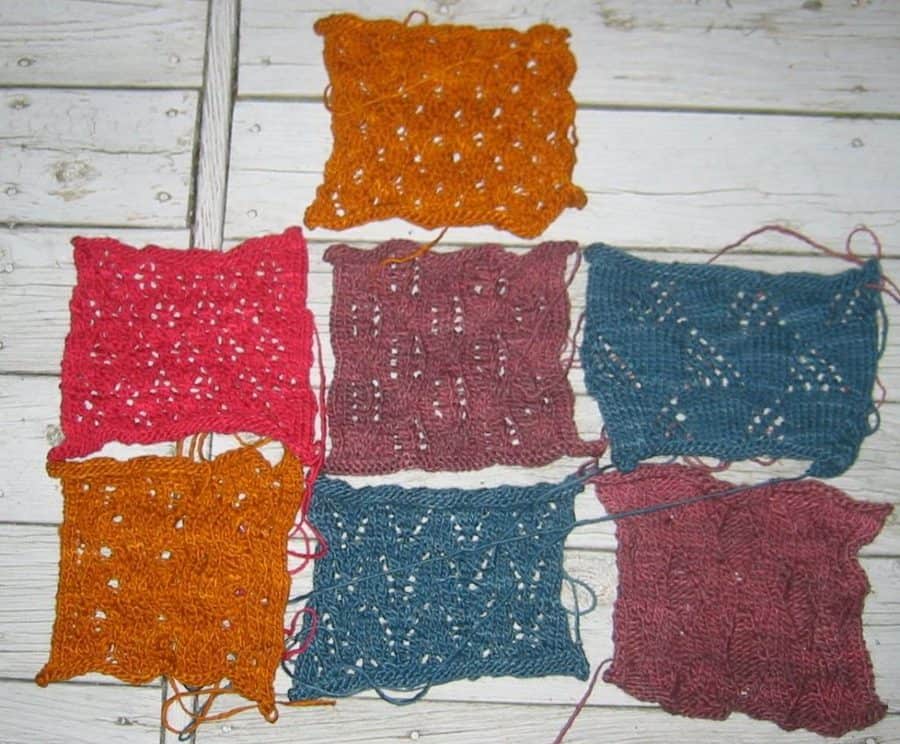 Why is it that some pattern stitches are a pleasure and seem to have a naturally pleasing rhythm, and others seem like jerky and chaotic? As I practice with lots of different stitch patterns, I can honestly say I don’t enjoy some of them at all.

0 comments on “A Brush With The Common Man”