In the midst of a financial crisis, where trying to avoid panic, CNN announces teasers to upcoming stories with lines like “Will you be able to withdraw money from your ATM this weekend?”

I’m only about halfway through it, but it appears that he came up with an idea for a terrorist-like attack on the U.S. by causing a panic in the banking markets…hmmm…perhaps the president should tell the American public that this is a fundamentalist attack by Iran and that we should all go shopping to prevent it from working. At least he’s not encouraging people everywhere to go to there banks and check their ATM deposits like CNN is.

Current Knitting
I realized I could post two pictures today. The first one is a badly photo-shopped picture of the Noro sock that I’m working on. 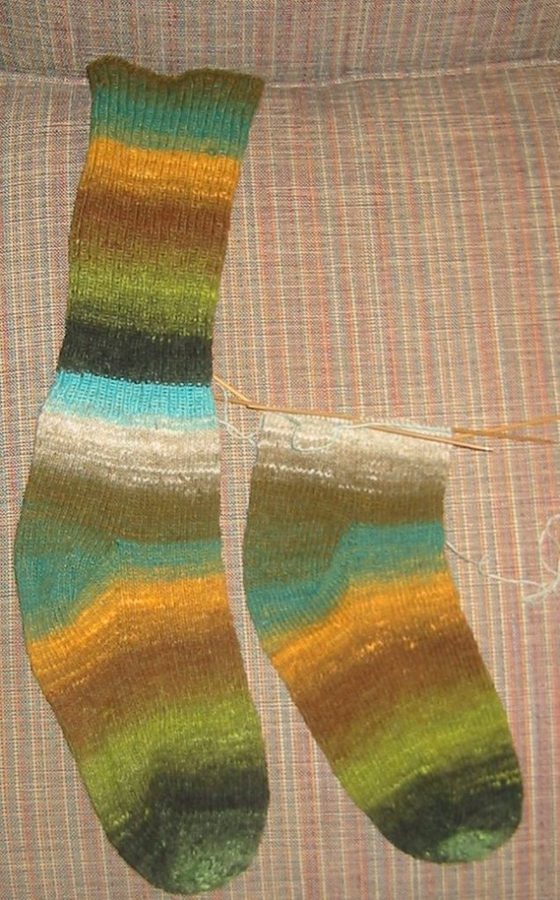 Hopefully it will give you an approximation of where I am on the second sock.

Current Spinning
The other picture is relatively undoctored and shows the latest progress on my spinning of the Black Bunny roving. 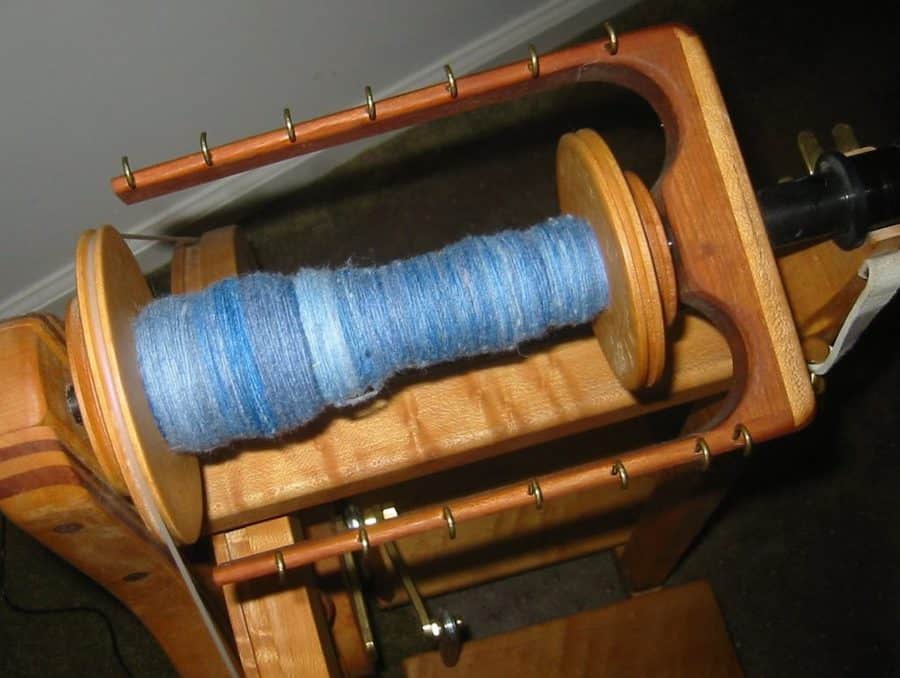 I took this picture about a week ago, but it still shows my latest progress. I am moving along on it when I sit down to spin…and I’m still looking forward to using the resulting yarn from this project.

Readers’ Comments/Questions
Cynthia writes, “I have been meaning to ask you–when you did the Manos squares, why did you do them one at a time? I seem to remember a few years ago you doing one where you knit them all together. At the time, I thought it was so smart, since I was doing each square and would have so much to sew (which I am not so good at, but getting better). Did the all at once become a problem or work less well than you had hoped?”

There were two difficulties with knitting all the squares together. The first one…not such a big deal…was that as the afghan got closer and closer to completion, it got heavier and warmer in my lap. The second problem is that the total number or rows in each square isn’t always the same, and the pattern repeats get very difficult to keep track of.