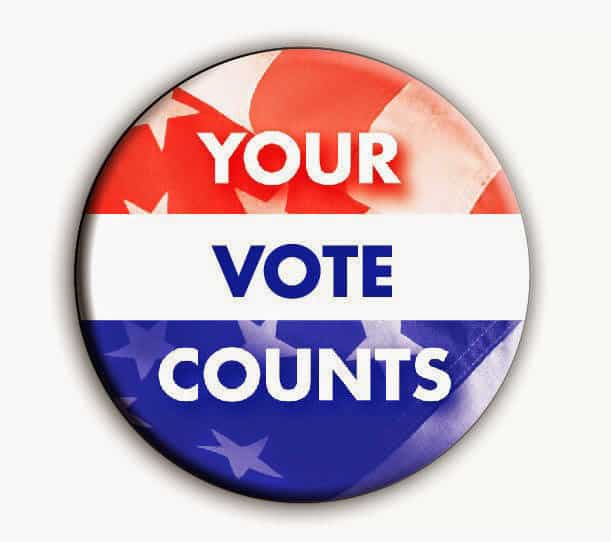 I don’t get it…how could voters be undecided?

Primaries vs. General
I guess I could kind of understand putting off a decision on who to vote for in the primaries. The candidates can have very similar positions on issues.

But being undecided for a presidential candidate at this point in the election?…how is that possible?

I just got my absentee ballot for the election since I won’t be home on Election Day. I have a boatload of folks to vote for, and I need to do some homework between now and then. So, if I still hadn’t decided on who to vote for for president, I might even consider deciding not to vote this time.

What could the possible reasons be for not knowing who you wanted as president by now?:

– You don’t have any access to TV, newspapers or radio and haven’t gotten a chance to go to any campaign events?
– You’re a single issue voter, but you just hate the candidate that takes your position?
– You’re waiting to see if either side makes some terrible blunder that will make your choice clear?

I mean these two candidates couldn’t be further apart on certain issues, like Iraq, their approach to the economy, health care and health insurance, a woman’s right to choose, education, gun control, etc., etc.

Perhaps there are tons of valid reasons for being undecided on your next president, but I sure can’t think of any.

Current Knitting
I finished up the last border side of the nieces afghan, sewed up everything and wove in any outstanding ends, and washed and blocked the afghan.

I’ve got two pictures of the final garment. The first one shows the color most accurately and gives the best sense about how the finished afghan looks. 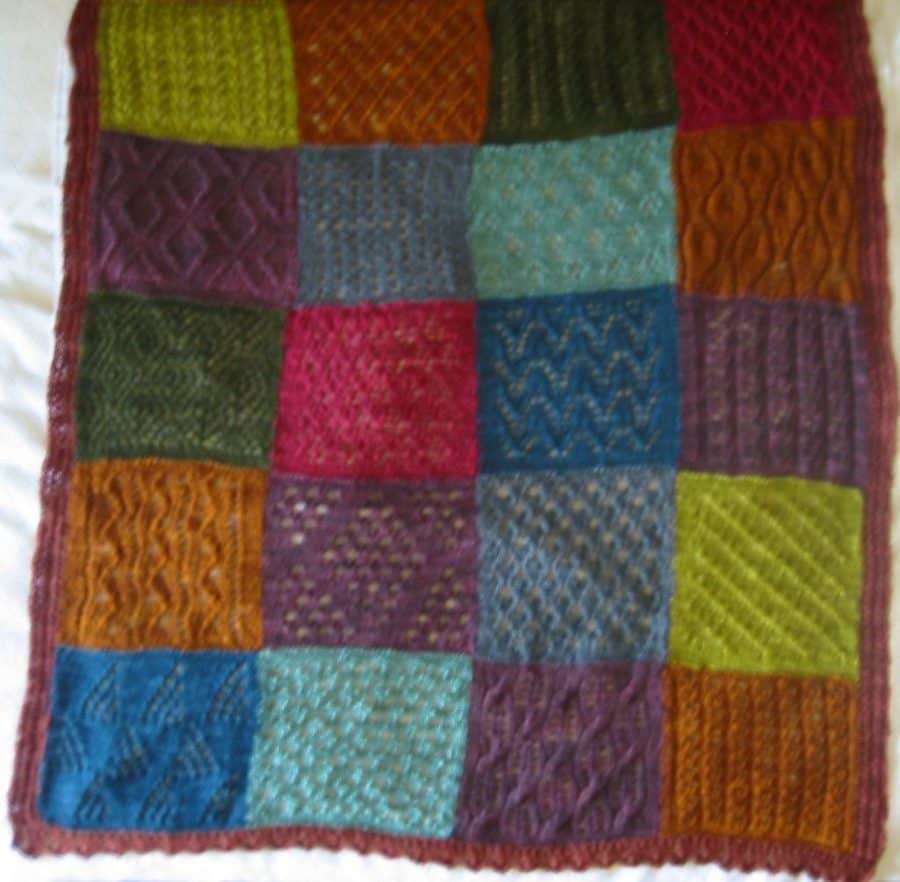 The second one shows the pattern stitches more clearly, although it clearly sacrifices color accuracy. 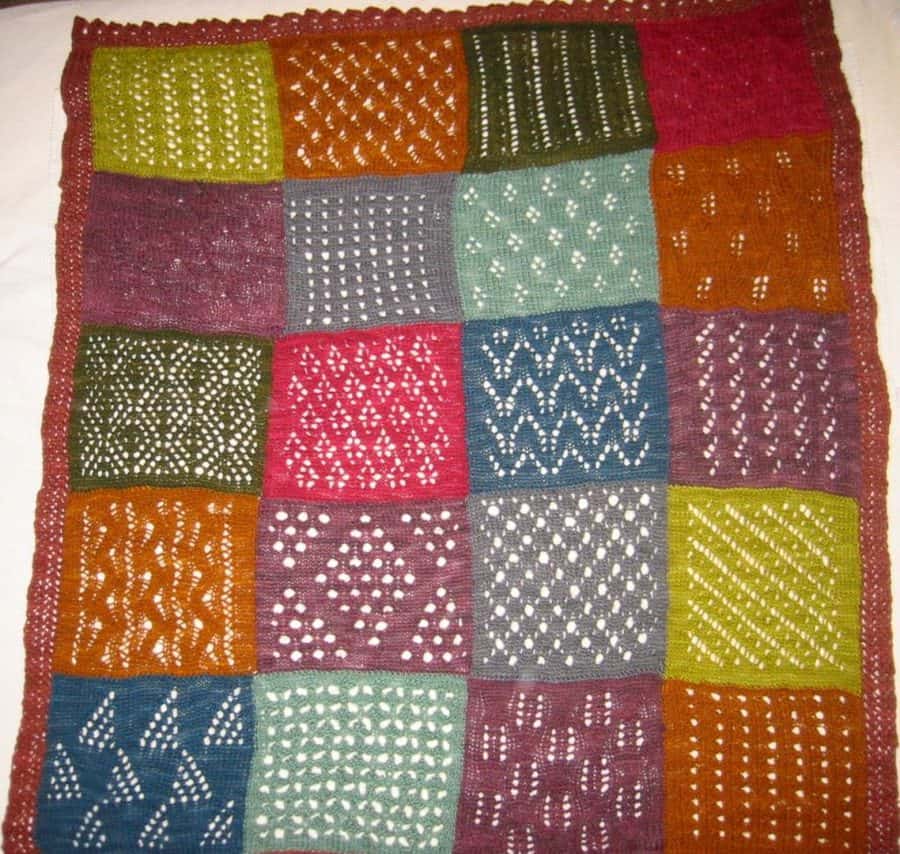 I’m very happy with how this turned out. I was a little worried about some of the colors I included, but it turned out very well. Mostly, this is a testament to the lovely colors in Manos yarns. Those Uruguayan women sure do know how to kettle dye yarn. The final measurement of the afghan is approximately 55″ tall and 50″ wide. I hope she likes it.

Readers’ Comments/Questions
Lynne writes, “Hearing the news that Connecticut just past the ban on gay marriages, makes me happy and proud to be a Northern, East Coast Elitist.”

What most people realized she meant to say is that Connecticut passed a law allowing gays to get married in Connecticut. It was a proud day for my people.

Twinsetellen writes, “That said, the Democrats and others have been just as hateful, if not recently, then certainly in the past. In my personal experience, I have seen Dems rage about evil Republicans. Sounds like hateful stereotyping to me, to lump them all in with the likes of Cheney and Rove.”

I know I’m biased when I discuss issues of politics, but I have to say, that even when the Democrats say negative things about Republicans, it’s usually at least based in truth. And I have never seen the negativity in any campaign raised to the level of hate, like what Palin is doing in this one. Having moderators of events use Obama’s full name to inspire hate is just awful and then to have a cute little pixie, like Sarah Palin come out and and inspire a crowd to even worse anger and hate is just despicable. Listen to the following YouTube video and tell me what his interaction with the woman who thinks Obama is an Arab tells you about McCain.

She says, “He’s an Arab” and McCain (with all good intention) says, “No ma’am, he’s a decent family man citizen…” I just think that’s kind of telling of how Senator McCain thinks of Arabs…although I do appreciate that he did set the record straight.