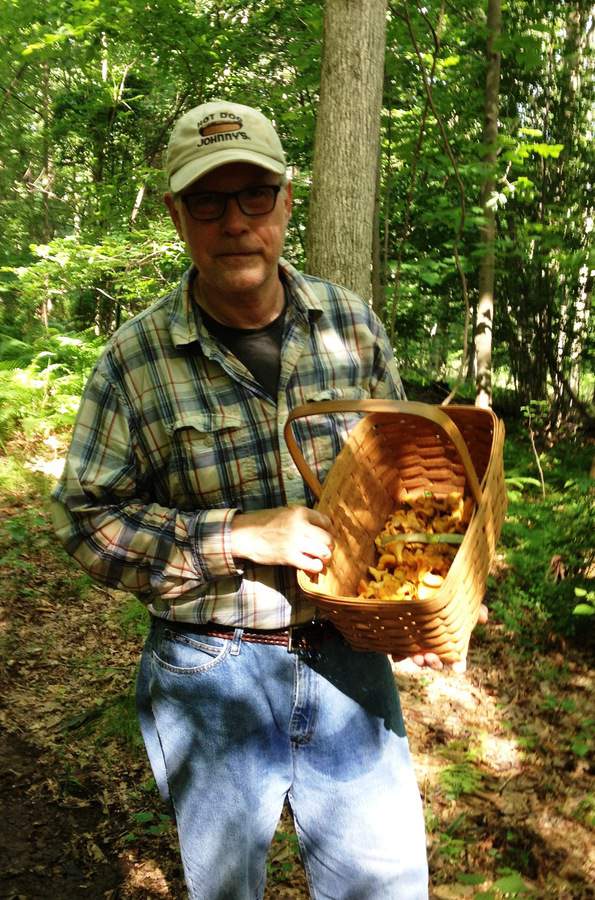 Thaddeus doesn’t always read the blog, and when he does, he rarely participates.

However
He offered to suggest two mushroom books he found useful when he first started foraging for wild mushrooms.

, by David W. Fischer (Author) and Alan E. Bessette was a useful book because it was specific to edible mushrooms and it also started Thaddeus on a search for groups that could mentor him in his quest (he was able to join the New Jersey Mycological Society and meet experts in the field of mycology and mycophagy as well as folks who used mushroom to dye yarn even.

by Roger Phillips. This one provided more in-depth information and Thaddeus found it was more useful than some of the field guides published by folks like Audubon.

Getting Back to Knitting
I ran across this book in my knit-book searches: 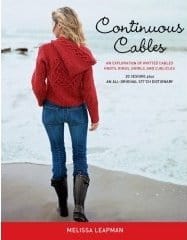 by Melissa Leapman looks like quite an interesting book. I’ve always wanted to play around with various methods of using raised motifs using cabling techniques.

Anyone know anything about this?

Current Knitting
I started swatching for a new sweater. 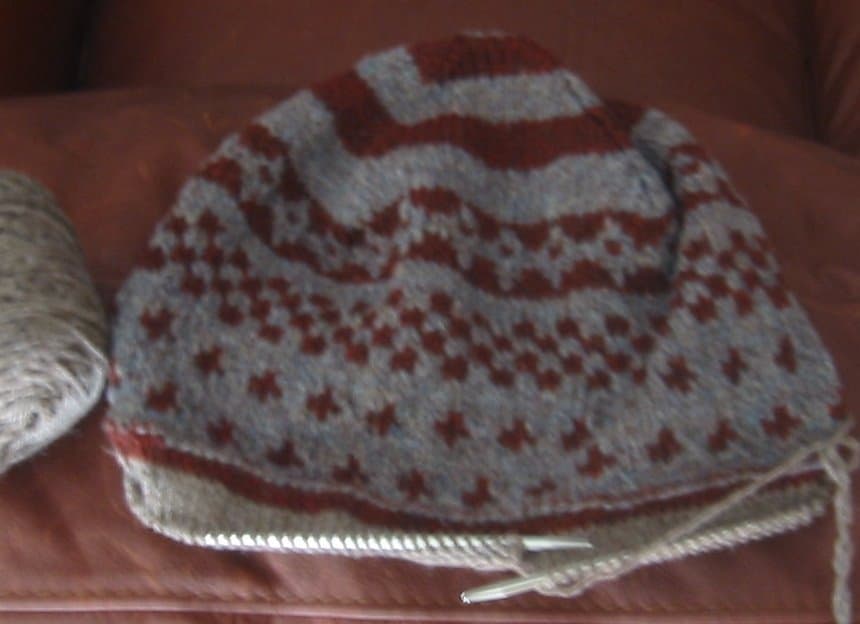 I’m not overly thrilled with the color combination, and I’ve decided that I don’t like the bulkiness of stranded knitting using DK weight yarn, so I’ve decided to make it into a hat instead. I’m just knitting a lining with a yarn that is a bit softer than Shetland. I’ll post a picture of me modeling it, despite my super power of making any hat look completely stupid.

For the sweater, I may have to choose a different yarn, but I guess I should read through the my copy of Knitting in the Old Way fully before deciding on which yarn and sweater I should make.

Readers’ Comments/Questions
New reader Shihtzuma asks, “I’ve been knitting for years. I am obsessed with smaller knitting. I have US 0, but didn’t know US0000 even existed. Where do you buy US0000 needles?”

Nice to meet another size-queen…I adore microscopic needles. I first bought my sets of Addi steel doublepointed US0000 needles from Laci’s when I was doing beaded knitting bags, but now I’m glad to enjoy them with laceweight yarn. Here’s one place I found through a google search that carries them. I’ve never seen any, but I’ve heard of folks using US00000000 needles (yes, 8 zeros!).

0 comments on “Mycological Advice From Thaddeus”