If you came here to get cheered up, I’m afraid you’ve made it to the wrong blog.

Winter-Time Blues
I’ve never been a big fan of Winter and cold and snow, but this year I seem to be dreading it worse than most…and it’s still only Fall!

Add to that, a bunch of personal crap, and I am definitely not enjoying this season so far at all. It would be nice to just go to sleep until March…even knowing that I’d have to deal with the worst case of dry-mouth ever.

At least I am enjoying my knitting, and I’m hopeful that my current sweater project will help keep me warmer this Winter.

Current Knitting
As I’d hoped, I made it up to the sleeve shaping and started a steek there. 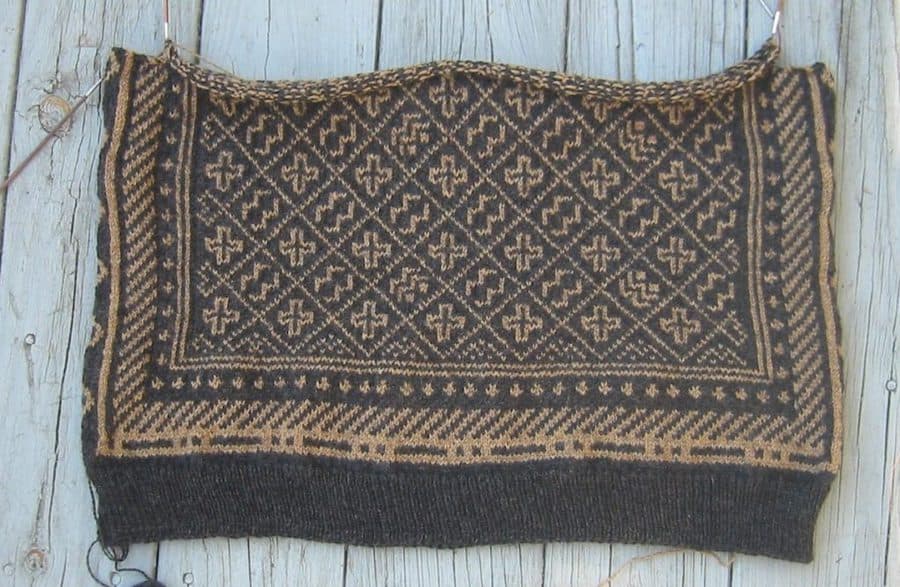 Shortly, I’ll be getting to the place where I’ll have to start the pattern design around the button/collar opening. This will require a bit of planning and paying attention…I want to make sure I don’t have button/collar patterns on both the front and the back.

I also started a new knitting project that has to remain a secret, but it shouldn’t affect my ability to make progress on existing projects.

Readers’ Comments/Questions
Thanks everyone for their good wishes and congratulations on the anniversary.

Sean writes, “I would love to see a picture of you two from back then.”

I posted this picture a while back, and it’s not quite 25 years old and it’s a picture of a picture…but it gives you a good idea of what we looked like back then. 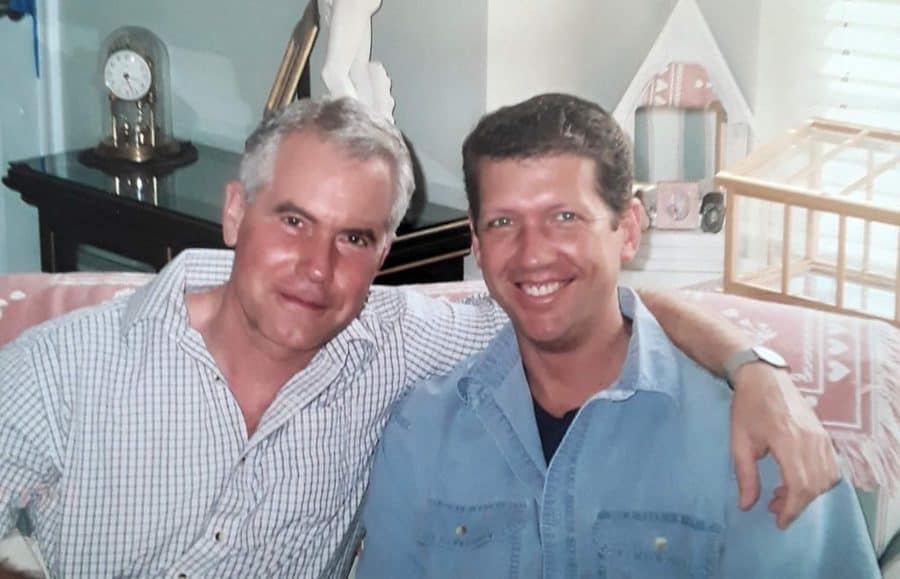 ChickInParis asks, “How was Morimoto’s?”

It was ridiculously expensive, but exquisitely good. We both did tasting menus, and one of my courses was the most amazing halibut I’ve ever had…by far.

Barb B. of Wild Geese Fibres asks, “Now, ummm, don’t know if I should ask but, on the second set of motifs from the bottom, #3 from the left…is it different by plan? Are there more like it I can’t see? Shutting up now.”

Hopefully you’ll notice that there is a bit of randomness in the pattern design. Even if there wasn’t, I would have claimed there was.

I meant the beginning of the instep slope up to the shin. But like you said, it’s not a very exact science…socks are very forgiving.

0 comments on “Can’t Shake It”