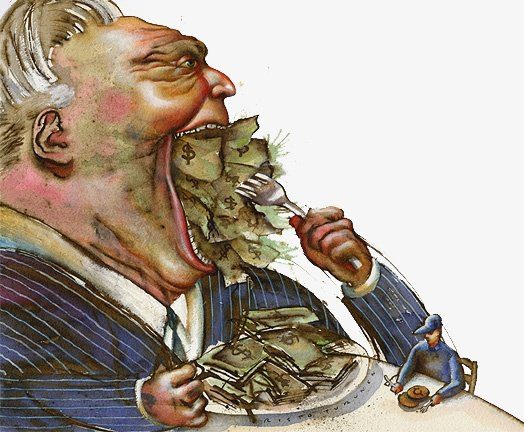 This is another area of life that I know too little about to have an informed opinion.

Uninformed Opinion
So…here’s what I think should be done.

Who gained most by having the U.S. auto industry focus mostly on large SUV’s, CUV’s and pick-up trucks?

Who bought patents for electric cars and cars that use gas in extremely efficient ways, and then refused to let those cars be made?

Who has been getting annual bailouts in the form of subsidies from out government and still makes profits in the billions?

Yes…the oil companies. Why doesn’t Detroit go to them for their bailout? They’ve been bedfellows for decades now, and one is doing extremely well, while the other is struggling. Seems like the perfect solution that the car companies should go to the companies that they supported all these years and ask for help before asking the American people to pony up.

Current Knitting
In my last blog entry, I mentioned that I hoped to finish the red Henry scarf sometime this past weekend. I can’t imagine what I was thinking. 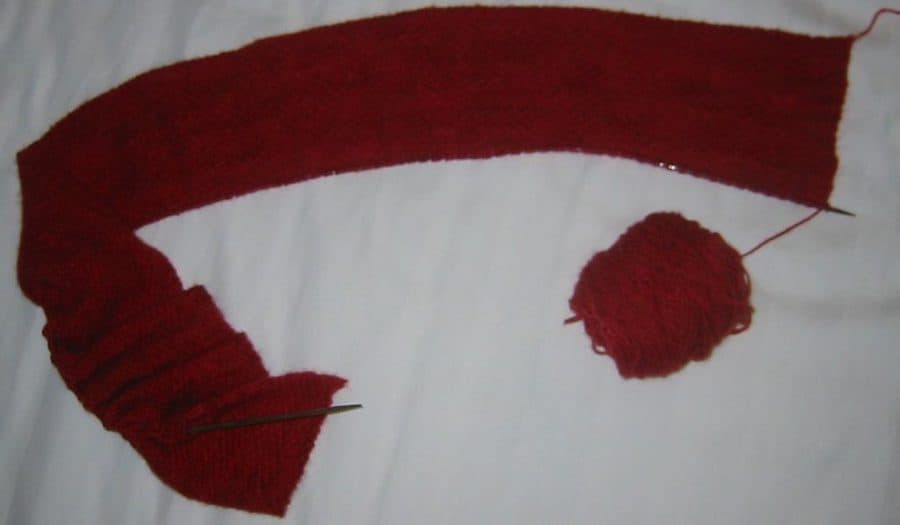 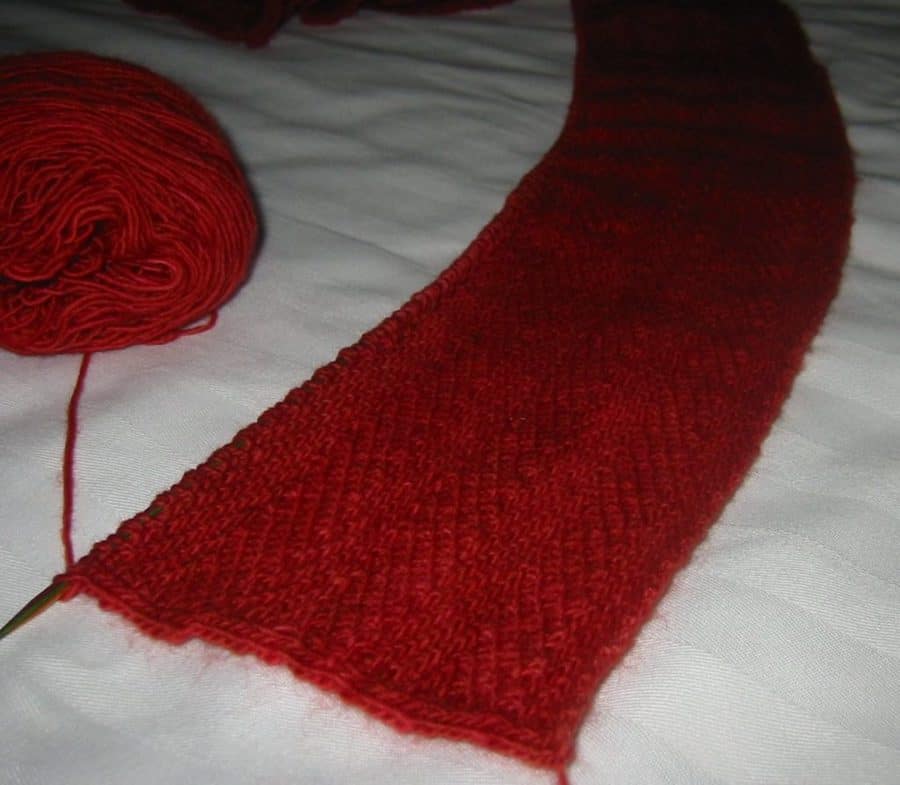 It is going faster as the rhythm gets easier and easier and even when I get drowsy while knitting, I’m not making mistakes that require tinking.

Readers’ Comments/Questions
Twinsetellen writes, “Knit men’s underwear? I need this pattern. I’ll check your Ravelry projects, but if it isn’t there, please do tell!”

I already sent Ellen this information, but the pattern for the men’s underwear are in the left frame of my blog. There’s even a picture of me modeling the results somewhere in the history of the blog…February 2004?…I think…yes, here it is…god, I used to look good.