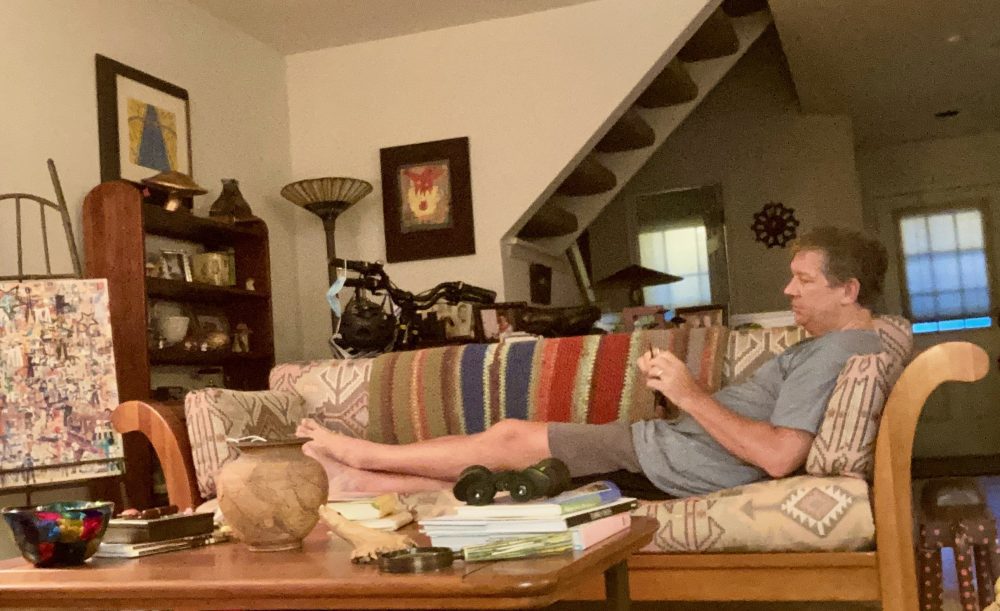 At a recent project team dinner where I met my new boss for the first time, my project team members seemed to take delight in telling him that I knit.

Even Worse
Of course they had to tell him that I knit underwear…and they tried to embellish with what types of underwear, even though I NEVER knit a man’s thong!

It was fortunate that I was happened to be wearing one of my favorite sweater designs so that at least he wasn’t left with a picture in his mind of me wearing a thong. 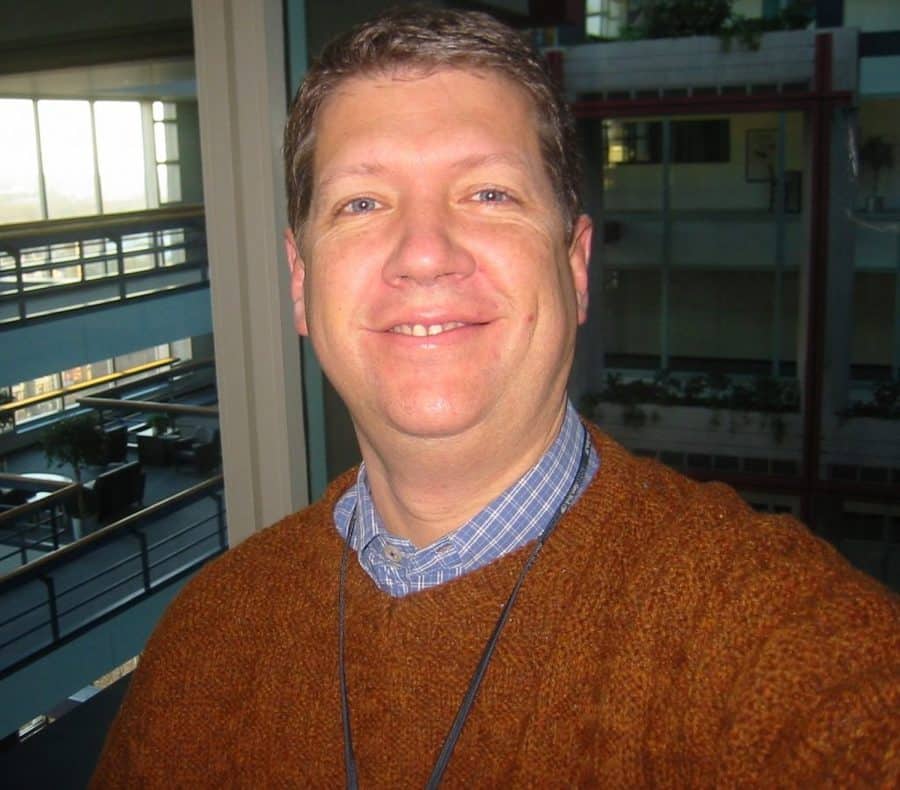 Why is it that sometimes it’s more embarrassing being known as a knitter than being a queer? Don’t get me wrong, I wasn’t embarrassed, in fact I am always quite proud of my knitting accomplishments. But I still had trepidations about my new boss finding this out.

Current Knitting
I got a minimal amount of work done on the first sleeve of the stranded pullover. 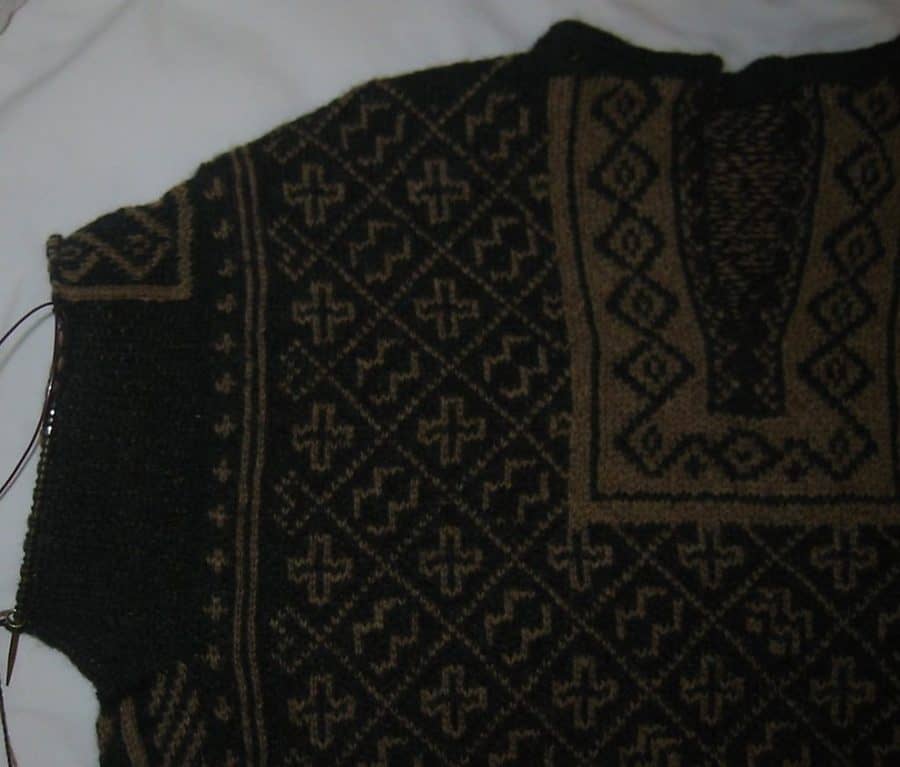 At least enough where I was able to finish the decreases on the underarm gusset and establish the pattern that I plan on continuing down the outside of the sleeve. 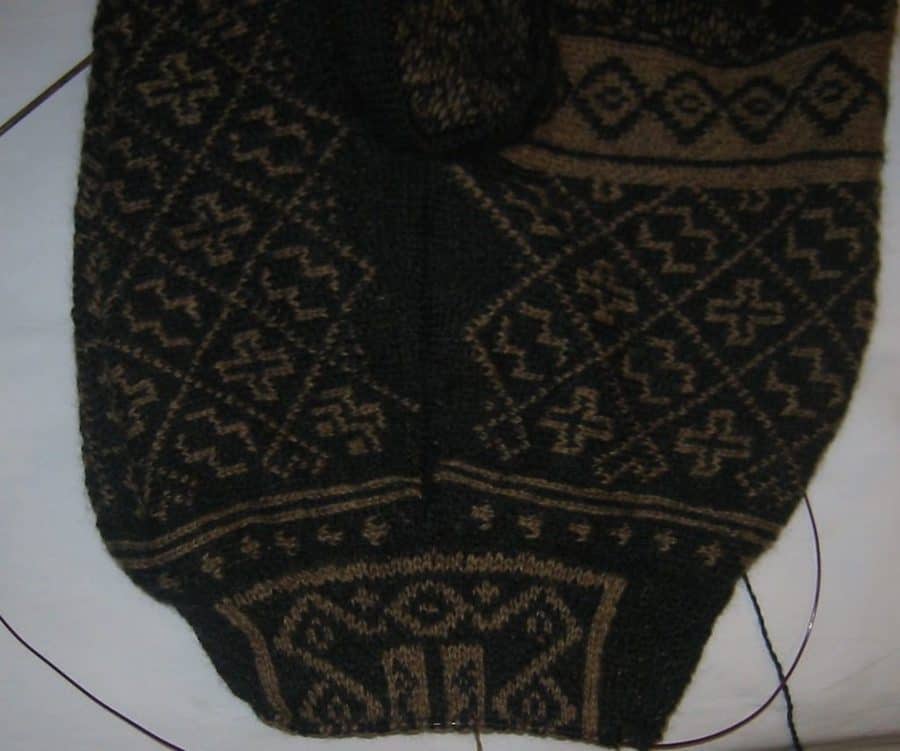 The pattern is almost the same as the open-collar design, except it’s in reverse color and I made a couple of minor imperceptible changes.

Actually, yes…quite a bit. I usually get at least 7 hours each night and probably average about 7 and a half. And honestly, I’m not that fast of a knitter.

Concerning the BBF merino in the last blog entry, Mindy asks, “Is that the delaine merino that has 10 % mohair in it?”

I don’t think so. Carol sent this to me as a thank-you gift…I think…and I thought it was 100% merino. I’ll have to go back and check to see if I have the data sheet on it.

Also about the spinning, Seanna Lea writes, “The skein looks pretty generous. About how much yardage do you think you have?”

Approximately 678 yards. I actually measure my hanks when I’m putting them up in hanks. I usually weigh them as well to get a sense about the grist of the yarn, but I didn’t get around to weighing this one yet.

In case anyone cares, one of my favorites spinning books is Hands on Spinning