The plans are set and things are moving along swimmingly for the second annual Men’s Spring Knitting Retreat.

Compare This Year To Last Year
Last year, Ted and I were completely unprepared for the number of guys who registered for the first MSKR. I found myself constantly under constant stress to come to agreements with the retreat center, to answer policy questions from the guys, to pull together give-away bags, to get volunteers to lead workshops, to create an agenda, to come up with a get-to-know-you exercise, etc., etc., etc.

I can’t tell you how many nights I lost sleep worrying that the whole thing was going to be awful and that half the guys would cancel at the last minute.

Fortunately, none of that happened and it turned out to be an amazing event.

This year is a completely different experience.

I hate to put a kanahara on it, but everything seems to be going extremely smoothly. We have about 40 guys registered for the event, we are getting offers from some very generous supporters of the event who donate yarn or books or other special things to us in exchange for promotion…or in some cases just to support us, the guys are starting to volunteer to lead workshops and we have most of the materials we’ll be giving to the guys when they get there. I’ve even been able to come up with interesting activities to put on the schedule.

This year, I’ve only lost sleep on one night, and it was mostly because of the excited anticipation I was feeling…and it’s only February!

Current Knitting
I’m on the last few inches of the first sleeve of the stranded knitting pullover. Because of a question about the lighter yarn bleeding through on the mostly black sleeves, I thought I’d show a picture of the sleeve inside out today. 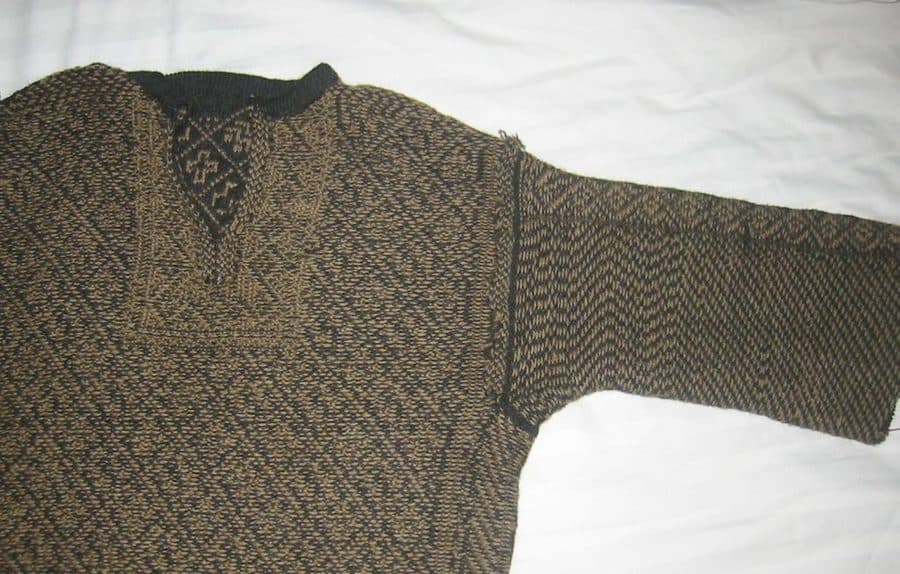 Basically, I just alternate when I start picking up the float, and always pick up the float on every third stitch. This creates a pattern that even when the color bleeds through some, basically just mixes in with the color in a way that some woven fabrics do.

It’s kind of a pain tracking the floats, but it seems like it’s definitely worth the effort.

Readers’ Comments/Questions
Expat on the Go asks, “Why is the secret project ‘secret’?”

I actually have two secret projects. The first one I can’t even tell you why it’s secret because the reason is a secret as well. The second one, I’m allowed to write about after it’s finished and delivered, but the organizer of the project has asked us not to blog about it until then.