It’s been difficult getting a new project started…at least one I can post on the blog.

Monsoons, Pestilence and Sickness
Okay, so it was just a silly snow storm, and there was no pestilence. But I was sick all this weekend with what seemed like the flu, or at least a bad cold.

Despite all that, I tried starting two different lace designs, and I hated them both. I was only into them about an hour each, so it wasn’t a lot of wasted time, but it was frustrating.

Other than one (somewhat tedious) secret project, I really have no knitting to speak of on the needles that I’m currently working on.

I’m honestly not sure what I want to work on next.

I did find a just-started-sock on the needles that I don’t even remember having started and worked a couple of rows on that.

Current Knitting Purchases
I did get a couple of packages in the mail last week…both of them I adore.

The first one was from Carol at Black Bunny Fiber: 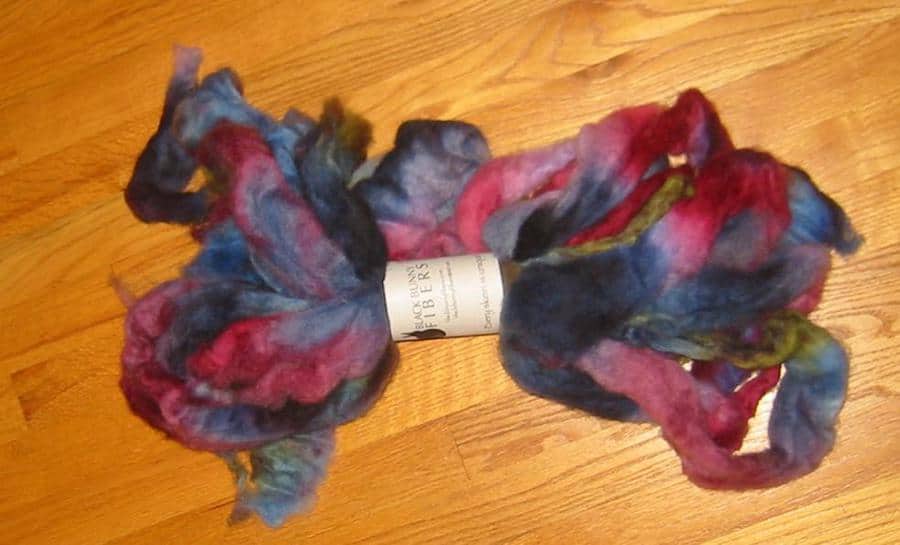 This gorgeous roving is hand-dyed by Carol in amazingly rich colors but the breed is quite interesting…it’s wool from a crossbreed of Cormo and Corriedale. The colorway is called Water Lily, but it’s much nicer than Monet’s crappy pictures.

The second package was from A Verb to Keep Warm…the fiber business mentioned in the most recent YKnit podcast. 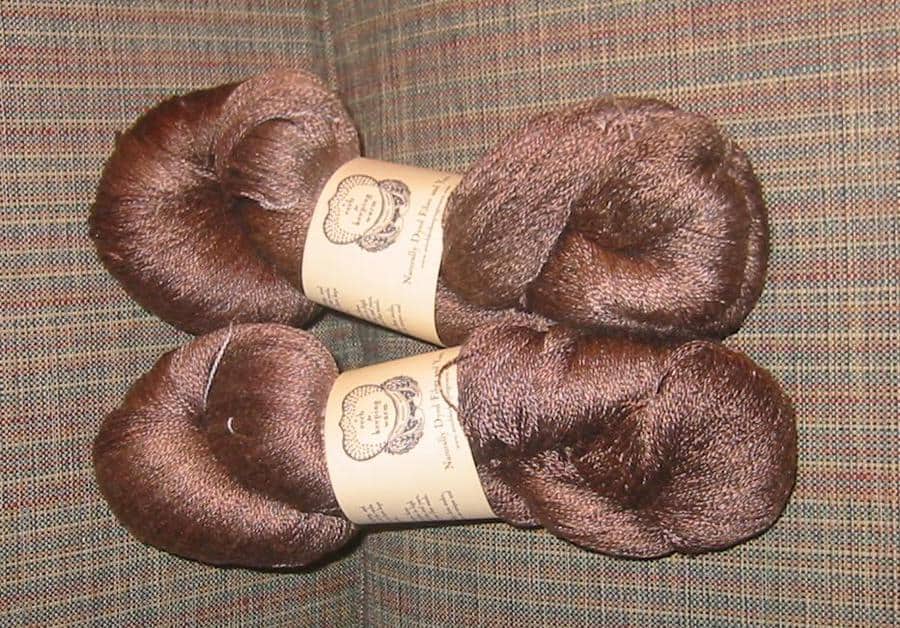 This is a lovely laceweight silk yarn that I can’t wait to use for something.

Readers’ Comments/Questions
Regarding my posting of a weight loss book, Carol asks, “If this Paul McKenna

is so great a hypnotist, why can’t he hypnotize himself to grow more hair?”

He did, but decided he looked MUCH hotter without it, so re-hypnotized himself to lose it again…look at the second book listed in the Paul McKenna

Marilyn writes, “I gotta ask you, as one consultant to another: When the fuck do you have the time to get so much knitting done? Is it the four days a week in a hotel room?”

I do get some knitting done in the hotel, and when I fly I knit on planes, but most of my knitting gets done at home in front of the television or listening to the radio.