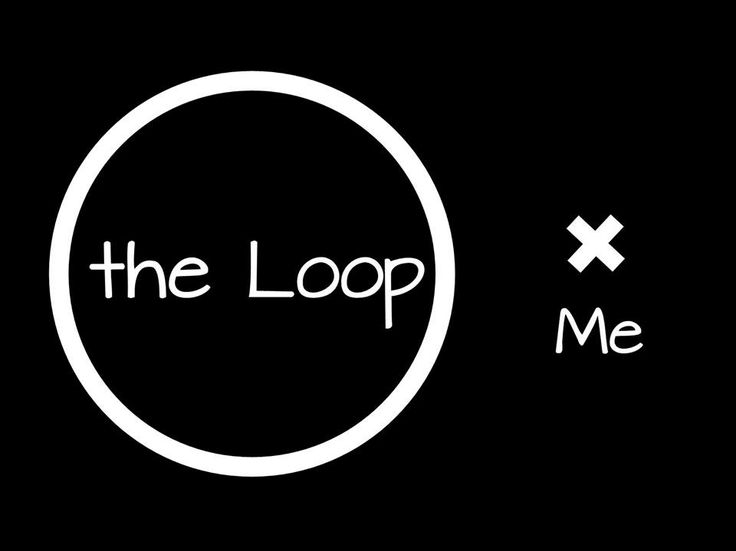 I Am So Out Of The Loop

Sometimes something happens that makes me realize I have no clue what’s going on the knit-blog community.

Shocking Surprise
It will probably come as no surprise to those of you who read Stephanie’s blog at Yarn Harlot, but last night I was watching the only television show that I actively schedule around…The Graham Norton Show on BBC television. He had Greg Kinnear and Ruth Jones as guests (I still don’t know who Ruth is…sorry).

He started asking Greg Kinnear about this new term mentioned in the New York Times called Kinnearing…I got the impression that it’s when you take pictures of celebrities “from the hip” so as not to draw attention to you noticing and photographing a celebrity…something like that I’m sure. Anyway, it happens that Stephanie was the person that coined the expression on Yarn Harlot after she had done this to Greg Kinnear in an airport, and Graham actually called Stephanie from the show, and read comments from her blog from people that I actually know…Stephanie sounded great on television, btw…she was very funny.

There are probably entire Ravelry forums devoted to this topic, but I had no idea until I was taken by surprise last night.

Current Knitting
I was able to successfully fix the dropped stitches on Le Soir d’Or, and not only was I able to recoup the mistake, but I also made it up to round 112. 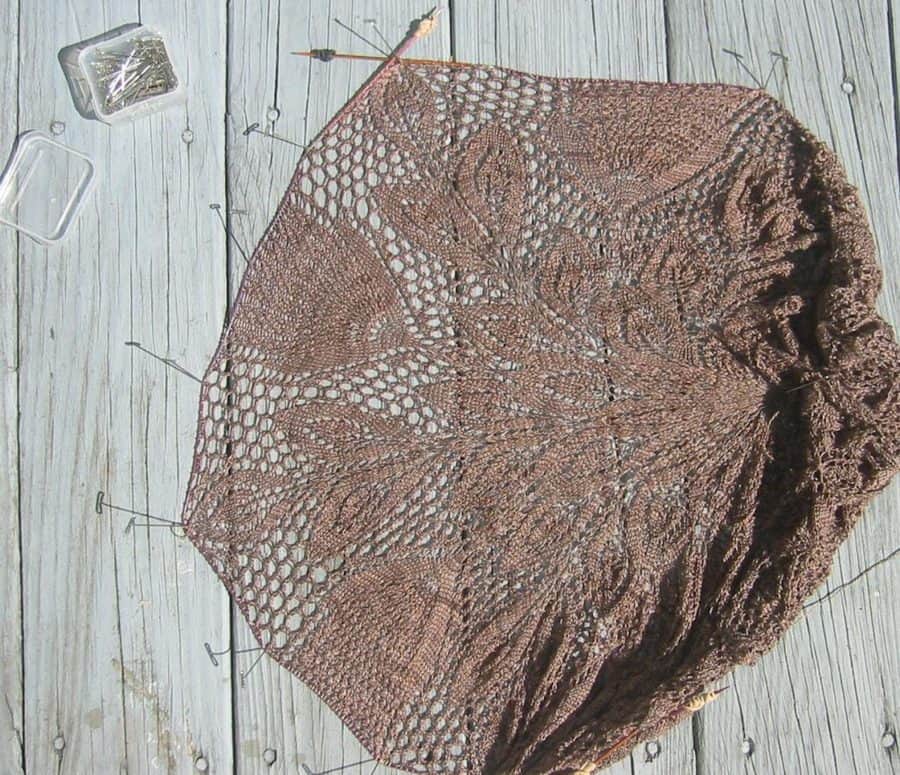 You’ll notice that I’ve almost completed the big flower section…it’s moving along nicely now. To avoid dropped stitches in future photo shoots, I have opted to use the high-tech option of needle condoms…aka rubber bands on the tips of my needles. 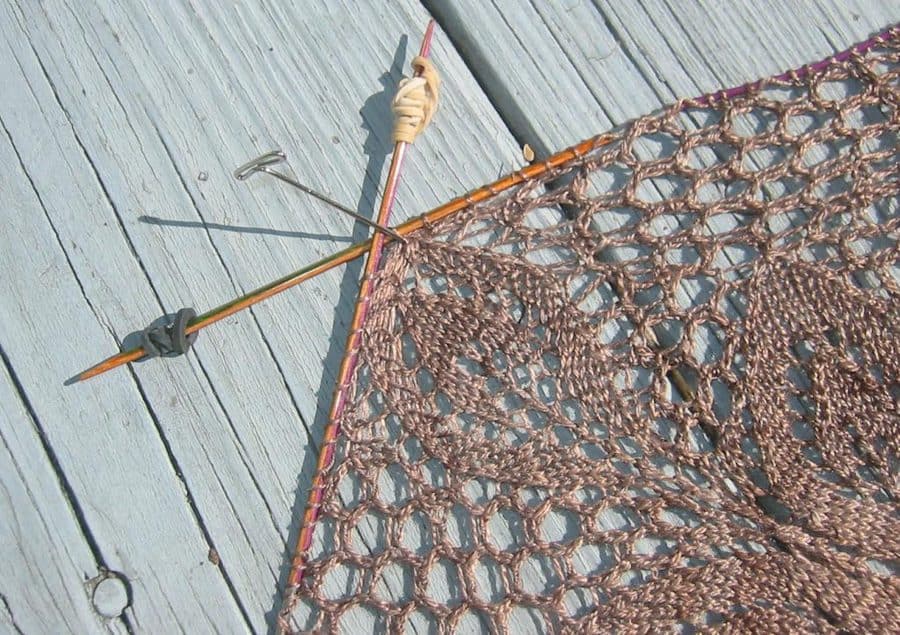 Readers’ Comments/Questions
American Expat writes concerning getting her Ichida books, “For your pattern, did you start by c.o. 8 sts and then go row by row and, therefore, “section by section” (8 sections)?”

Yes…exactly. For each pattern, there is a black and white graphic which shows how many times you repeat the graph…since Le Soir d’Or has eight wedges, and the first row has 1 stitch in the graph, I cast on 8 stitches. Just note a couple of tips:

1. Read through the top section of the English insert that defines the stitches.
2. It notes that all even-numbered rounds are knit plain.
3. Casting on the first few stitches for any of these designs is very fiddly and most of the folks I know that knit these designs try a few times before they get it right.
4. Finally, I would recommend a small project to start. Even if it doesn’t come out well…and it may well not…everyone you do after that will be a LOT easier.

Concerning the knitting surgery I did on my lace, DarrellD asks, “Could you show us a before and after picture of your recovery attempt?”

Unfortunately, I had already corrected it by the time your request came in. There are ton of photographic tutorials on how to do this kind of surgery. Kenny’s tutorial is one of my favorites. Hopefully, I won’t have any opportunity to comply with your request at a later point in this project.