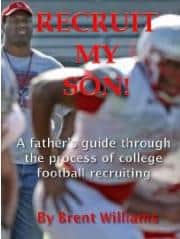 My sister is friends with a former football player for the New England Patriots, Brent Williams, and she is very excited about his new book, Recruit My Son!

The Chess Game of Sports Recruiting
My sister’s oldest son (wouldn’t it have been easier to just say “my nephew), is a very talented football player in high school, and has been fortunate to have been coached by Brent Williams. As Brent went through the process of promoting his son through the college recruitment process, my sister was able to get excellent advice and help her son plan his progress in football.

I must admit, I was quite clueless about the amount of grooming and promotion and networking required to get a son into a good school for football. Especially how early in their lives this process should begin. Quite amazing eye-opener for me.

Current Knitting
I had to put down the Niebling lace this weekend, so I have no progress to report on that project at all. Three other knitting projects came up that required urgent attention:

1. The last secret project
2. An afghan square for the Men’s Spring Knitting Retreat
3. A new sock project that I had no power whatsoever to resist (I blame James)

For number one, it’s still a secret, so I can’t write anything about it.

Number two, is somewhat self-explanatory. 20 guys who will be at the retreat next month are knitting 15 inch squares to be put together at the retreat. Here’s my contribution: 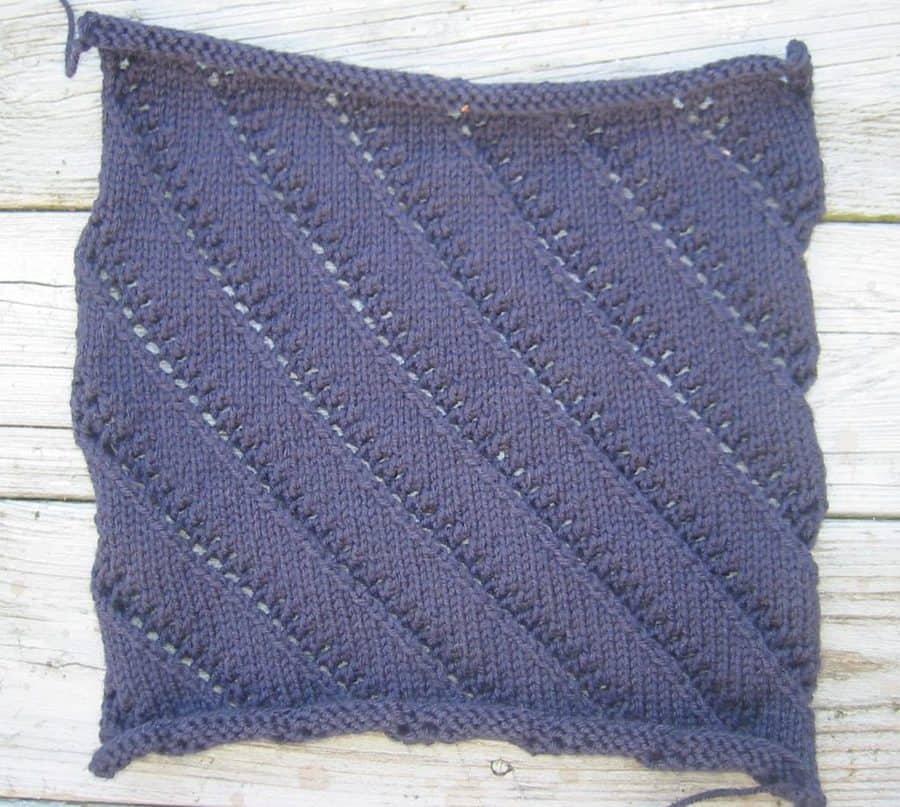 I won’t tell you how many tries it took me to come up with a stitch pattern and stitch count that gave me 15 inches wide. Once I finally got the gauge I needed, the actual square only took an hour or so of actual knitting.

Finally, number three is a sock done in Supreme Merino Possum yarn (50% merino/40% possum fur/10% silk). I was corresponding with Kiwi James, and he happened to mention how bad the exchange rate was between the New Zealand dollar and the U.S. dollar. I figured it was my patriotic duty to try and help out (because I’m just that kind of guy…right?) So I placed an order for a yarn made in New Zealand that looked interesting from James’ web shop, Joy of Yarn.

I could not have IMAGINED how awesome this yarn is. Here’s what I found when I got home on Thursday. 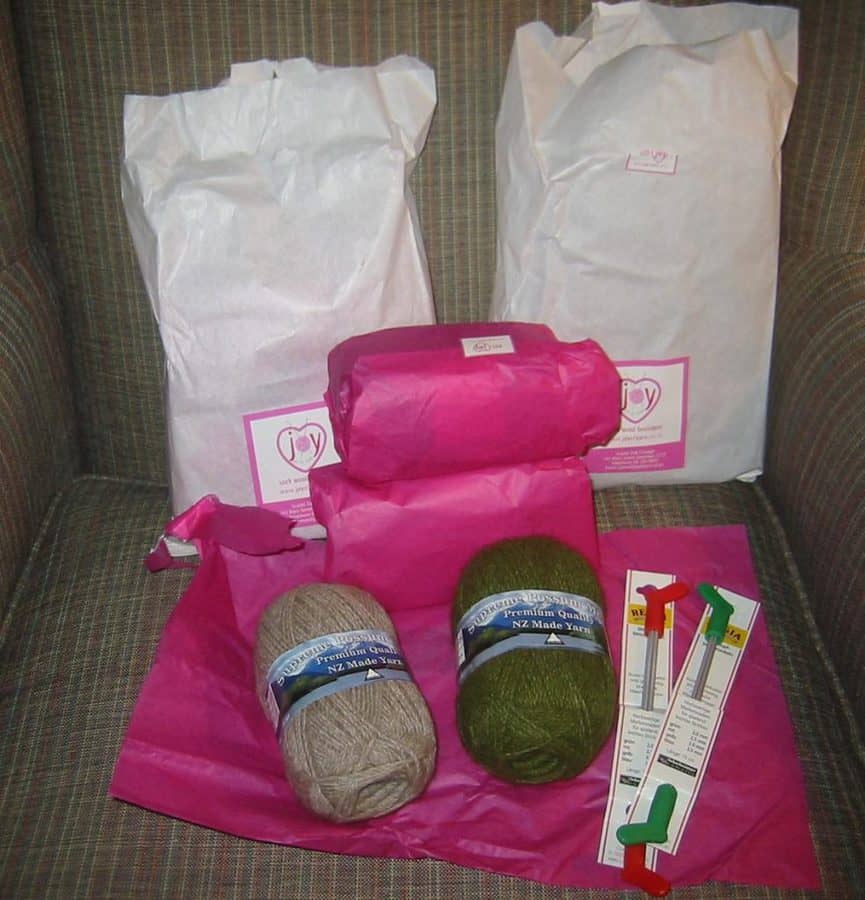 I ordered three colors of the yarn (the navy isn’t shown in the picture, but it’s quite beautiful as well) and two sets of Regia sock needles so I could try them out (plus I loved the little sock/needle holders…couldn’t resist). When all was said and done, each pair of socks will cost me under US$17 in yarn, which I consider an amazing bargain given the superior quality of this yarn…and the colors are incredibly vibrant.

I just hope James has a decent stock of this yarn, because I’m definitely ordering more.

Suffice it to say, I had to cast on a pair immediately. Here’s where I’ve gotten so far. 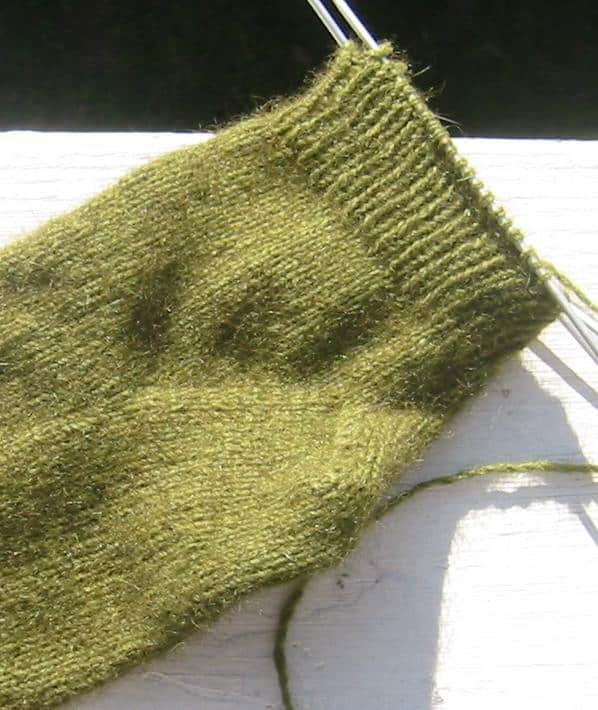 The soft haze on these socks is downright seductive, so I showed a bit of a close-up. My color representation isn’t as good as James’ on his site for this green, which is one of the nicest greens I’ve seen in a yarn. I’m also using a 2.00mm needle and on his site, James recommends a 3.25mm. On my second pair, I will go up to a 2.50mm, but I really LOVE the dense, soft, warm fabric I’m creating…can’t wait to wear these socks.

Readers’ Comments/Questions
Thank you parents for your assessment of Rhinebeck as kid-friendly or not…another topic about which I am totally clueless.

Family Fairness writes, “Do you have any recommendations for an impatient and daft beginner? I really feel like if I can complete just one thing, I will be able to keep with it. But that first milestone is a hard one.”

I responded to him via e-mail already, and basically told him to check out MenWhoKnit.com for a supportive group of guys and suggested a couple web/video sites like http://www.knittinghelp.com/. It’s always good to have another guy picking up the needles.

One last thing…many of you have heard the Amazon has re-categorized any gay-related books as “Adult” and now removes them from their Amazon Rankings. This has caused an immediate furor on Facebook, Twitter and blogs. It looks like Amazon has quickly realized their mistake and will fix it and apologize. All I can say is they better.