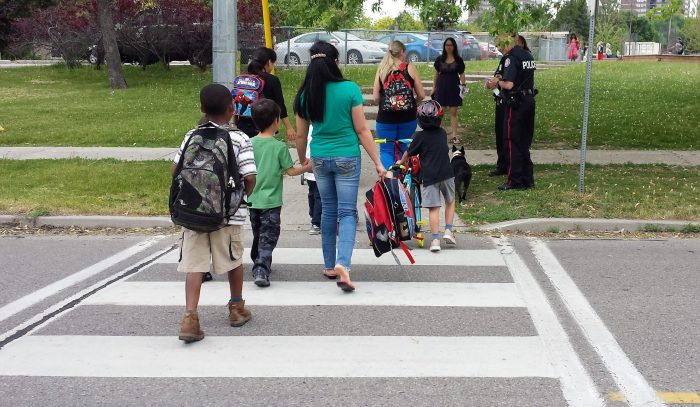 Living in one state and working during the week in another, it’s quite interesting to see the differences in how cars deal with pedestrians.

Yielding At A Pedestrian Crosswalk
Having grown up in New Jersey, it always surprised me when I visited states like California or Massachusetts and found that when a pedestrian looked like she was about to cross a road…sometimes even a very busy road…automotive traffic would stop to let them cross. I even saw accidents caused by this pedestrian-friendly behavior.

Now living in Pennsylvania and work in Delaware, both states have similar laws about autos yielding to pedestrians in designated crosswalks. However, drivers in each state seem to treat the laws very differently.

In Pennsylvania, I’d estimate that about 10 percent of cars stop when they see someone trying to cross at a designated crosswalk. Unless the pedestrian is very bold and begins to cross, forcing traffic to stop, most cars won’t stop.

In Delaware, it’s even worse…drivers in Wilmington seem to ignore any rules about crosswalks altogether, and act as though they have full right-of-way when it comes to pedestrian traffic.

Okay…the good news. I finished knitting Le Soir D’Or this past weekend. Yes, I finished all 194 rounds, and I even completed the crochet cast-off.

The bad news…I didn’t have time enough to block it after finishing it. But at least I was able to pin out the eight major points of the piece so I could get a couple of good pictures of it. 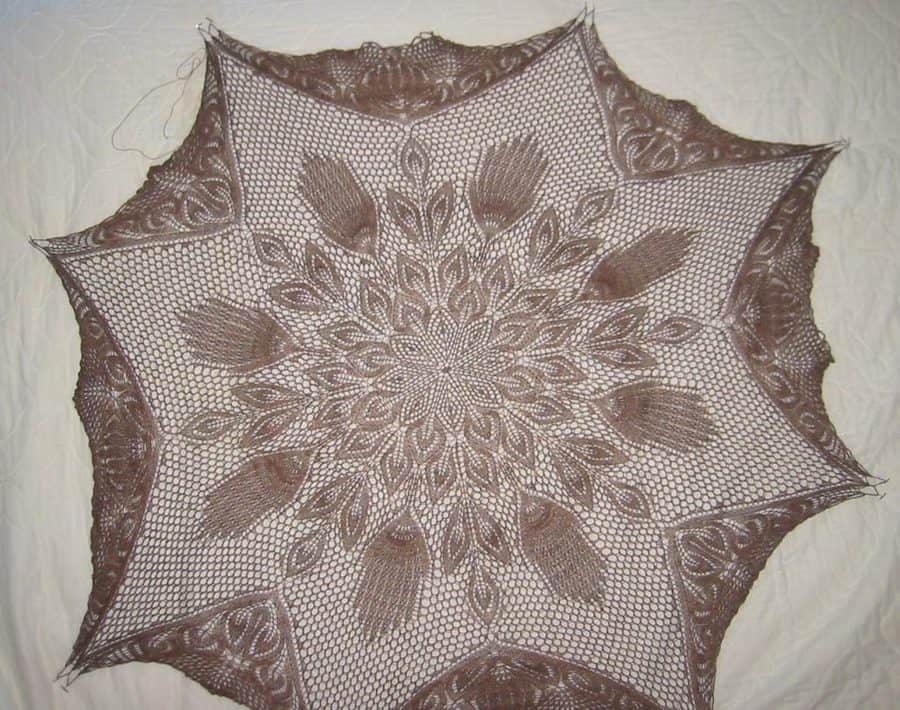 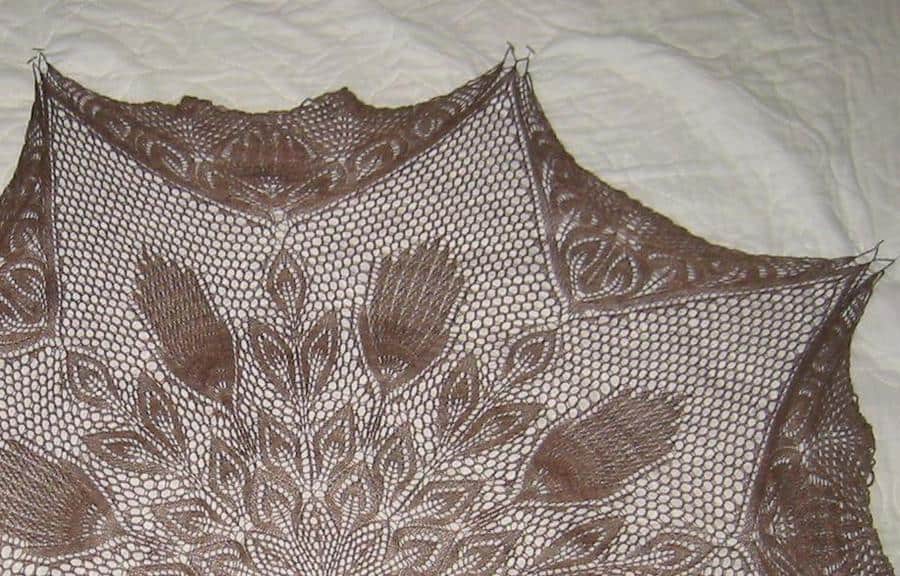 Overall, I am very happy with how it turned out. The design is quite beautiful, and now that I can read Ichida graphics, it’s much easier to knit these lace pieces.

I’ll plan on blocking it when I get home this coming weekend.

Readers’ Comments/Questions
Mark writes, “While I agree that a BM song is the worst ear-worm possible, I prefer “Oklahoma”, or possibly the theme music from “Dancing with the Stars.” At this moment “Oklahoma” is winning.”

Actually, one of my worst ear-worms is “Surry With The Fringe On Top”…I often drive by a small farm and there’s a sign advertising the sale of Ducks and Geese and Chicks, and it never fails to jam that song into my brain.

Mark also asks, “Will you be bringing the Neibling to MSKR? I’d love to see it at a close-up, but safe distance.”

Yes, now that I know I’ll have completed the lace, I’ll bring it for “show & tell” night. Saturday night is the time where the guys get to show off their accomplishments.

BTW…go wish Mark a happy birthday…we’re the same age for about 25 days each year…now he’s older!