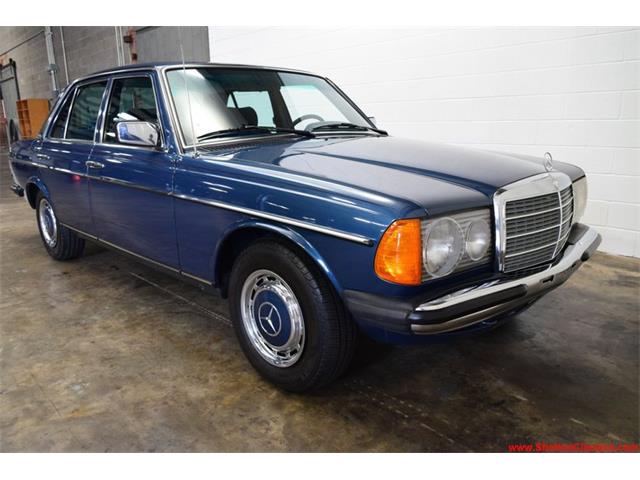 Both literally and figuratively.

Cars and Colds
This past weekend wasn’t a great one for me or Thaddeus.

First of all, I got home quite late on Friday night…well, actually at 1:30 am on Saturday morning from my one-day trip to Chicago. Knowing that I had to be at work first thing on Monday morning, it meant my weekend was shortened considerably.

Getting in so late, we got a bit of a late start to the flea market on Saturday morning, and about a mile from the market, the tail pipe on Thaddeus’ car dropped, causing quite a loud noise…both from the lack of muffling by the muffler and because metal was now dragging on the road.

In typical MacGyver fashion, Thaddeus rummaged through his trunk and with just a hammer, a screwdriver, an empty can of ginger ale, a hose clamp and a Swiss army knife, he quite satisfactorily patched the tailpipe…at least enough so that we were able to get the car to our local mechanic for repairs today.

Then Thaddeus came down with a cold.

It was a short weekend, and I’m back at work with a shitload of stuff to do…so on to knitting.

Current Knitting Crocheting
Knitting Retreat pal, Andy (Crafy Andy) had asked me to test-crochet a pattern he was working up, so in addition to working on the Expedition Pullover, the second Mini Mochi scarf and the merino/possum socks, I was also testing out Andy’s new pattern…and it was challenging and fun.

First of all, here’s where the pattern is available…assuming you have access to Ravelry.

Second, the hat is very interesting, in that is uses a lot of techniques in crochet that I’ve never played with before…both with stitches and colors. In Andy’s inimitable style, he even links his pattern to videos of him demonstrating how to do a couple of the new (to me) stitches in the pattern.

Those of you who know me, know that I have one superpower…to make any hat look dorky…but nonetheless, I model my version of the Cappello di Lana hat by Crafty Andy. 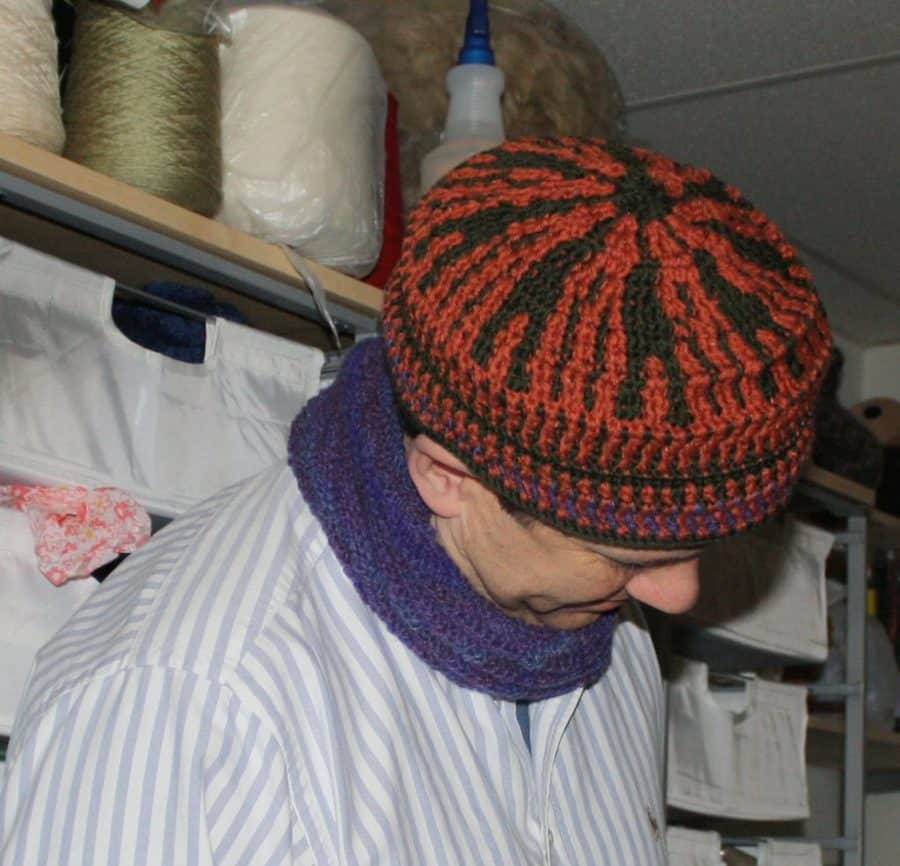 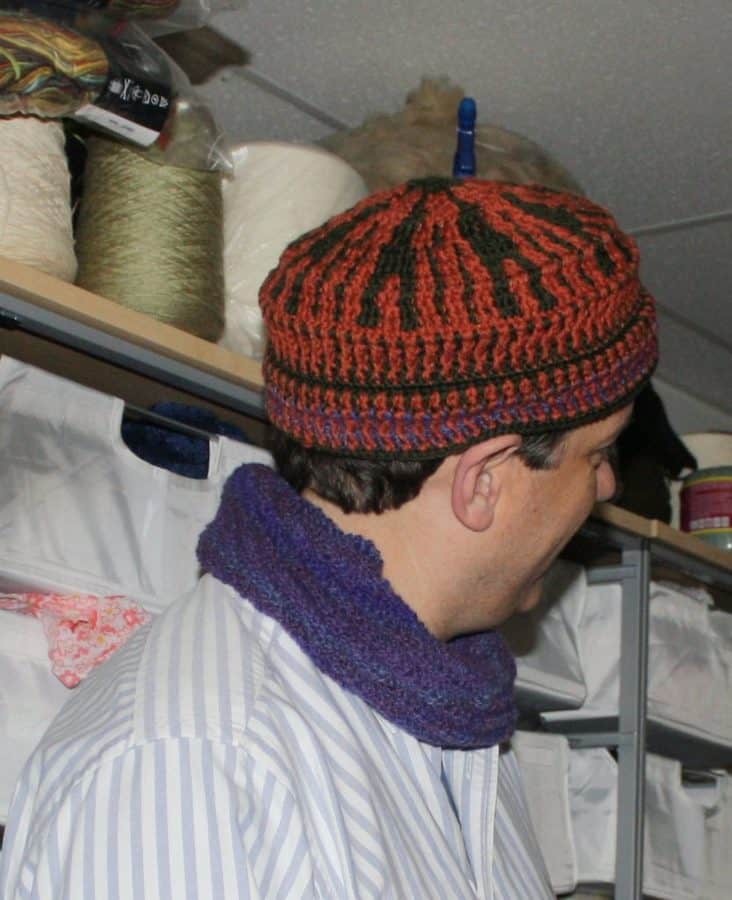 TIFTSE (Ted’s International Fiber To Scarf Exchange)
For the keen-eyed observer, you’ll note in the pictures above that I’m not only wearing Andy’s hat, but I’m also wearing a neck warmer.

About a year ago, I sent some roving to Ted with the promise that I would get a scarf in return (and I had to promise to spin someone else’s fiber and knit them a scarf).

This past weekend, I got my reward. Ted sent my roving to Dan (BrewerGnome of Gnomespun Yarns).

I knew that Dan could dye rovings, because I’ve seen his work and it’s beautiful. What I wasn’t aware of was how beautiful he spins and also how well he uses the resulting yarn. Here’s a picture of my neck warmer. 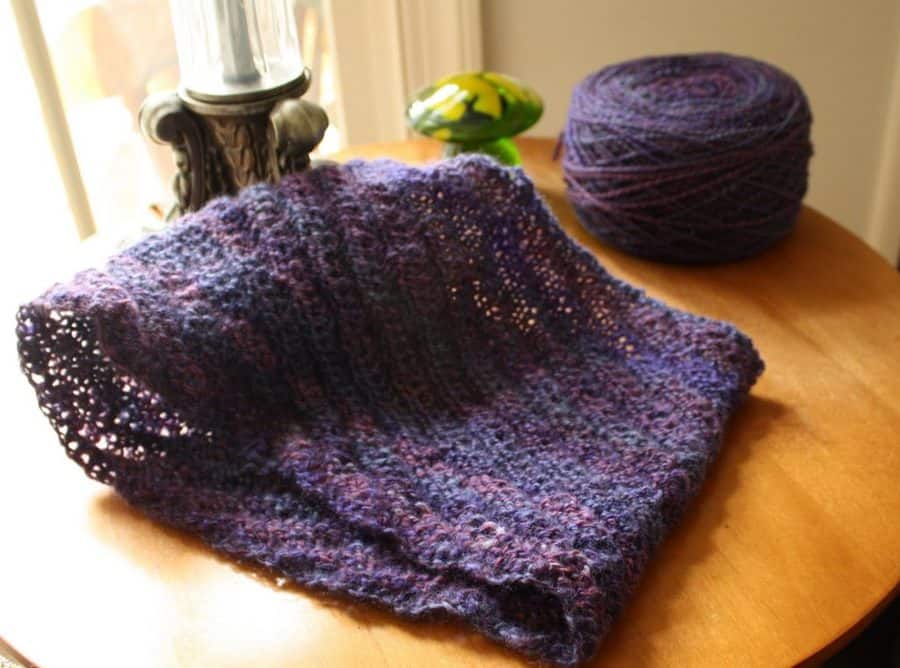 And also a bit more close up of the leftover yarn. 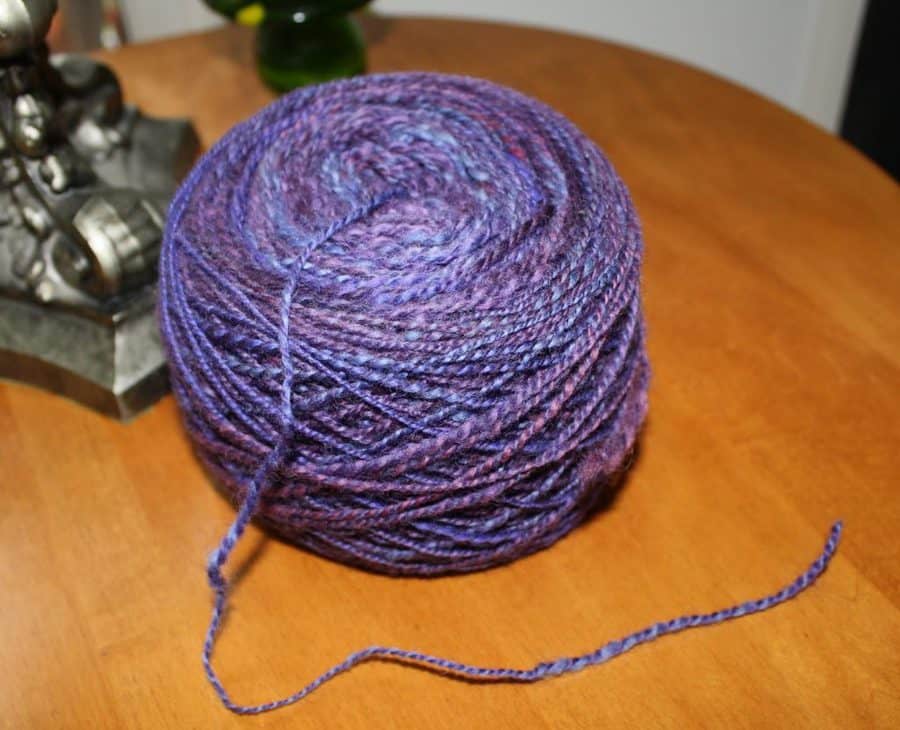 I even ended up using a bit of Dan’s homespun in Andy’s hat, and I am very impressed with the yarn.

Thanks Dan…don’t sell everything you have at Rhinebeck before I get there!

If you’d prefer more of a pattern idea, you could try to figure out how this blogger did it.