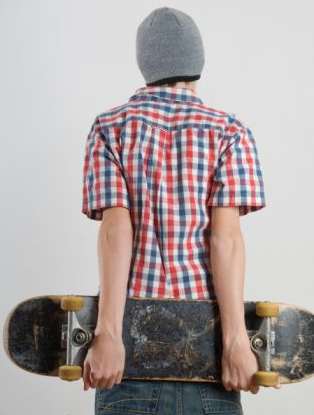 A middle school art teacher asked how she could get her male students interested in knitting.

Peer Pressure, Competition, Make it Cool!
A while ago when I was working part-time at a knitting store, a couple of teenage guys (skateboarder types) came into to the store asking where they could buy those “cool knitting sticks” so they could make a cool hat like their friend’s.

As it turns out, a young lady had knitted her boyfriend a cool hat, and when the other guys asked her to make them one, she told them to make it themselves. So a couple of them decided to do just that.

It soon became incredibly cool to knit your own hat. It got very competitive, with guys vying to make the “sickest” hat, guys getting their hat finished first, etc.

It was a short-lived fad, but for a while, there were dozens of teenage boys in a blue-collar town taking great pride in their knitting prowess.

One of the first times I could really relate.

Current Knitting
Now working on something mindless, simple and easily ripped out if I decide I don’t like it. 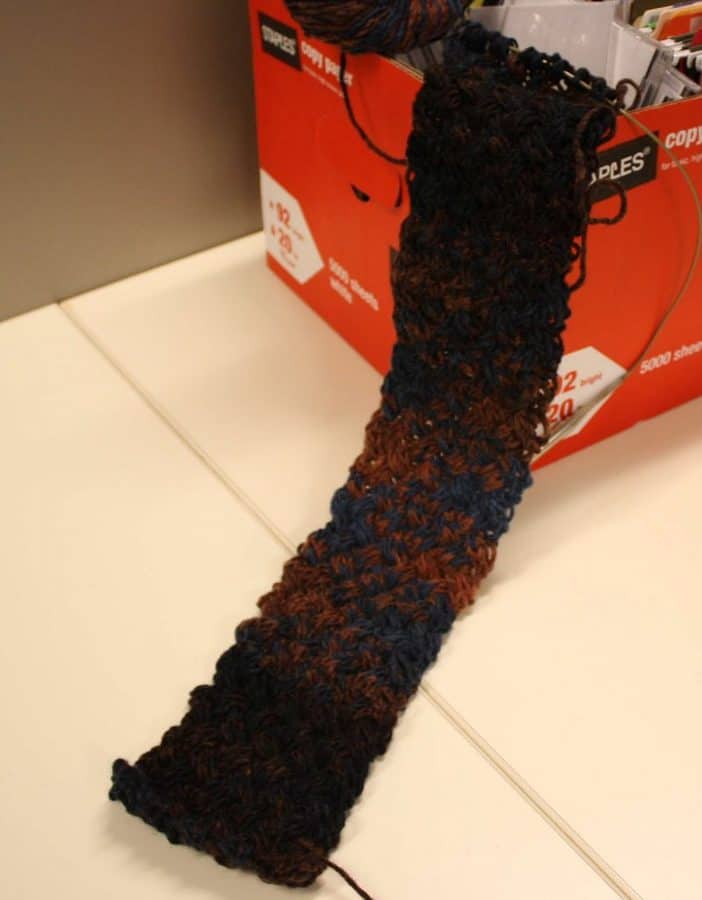 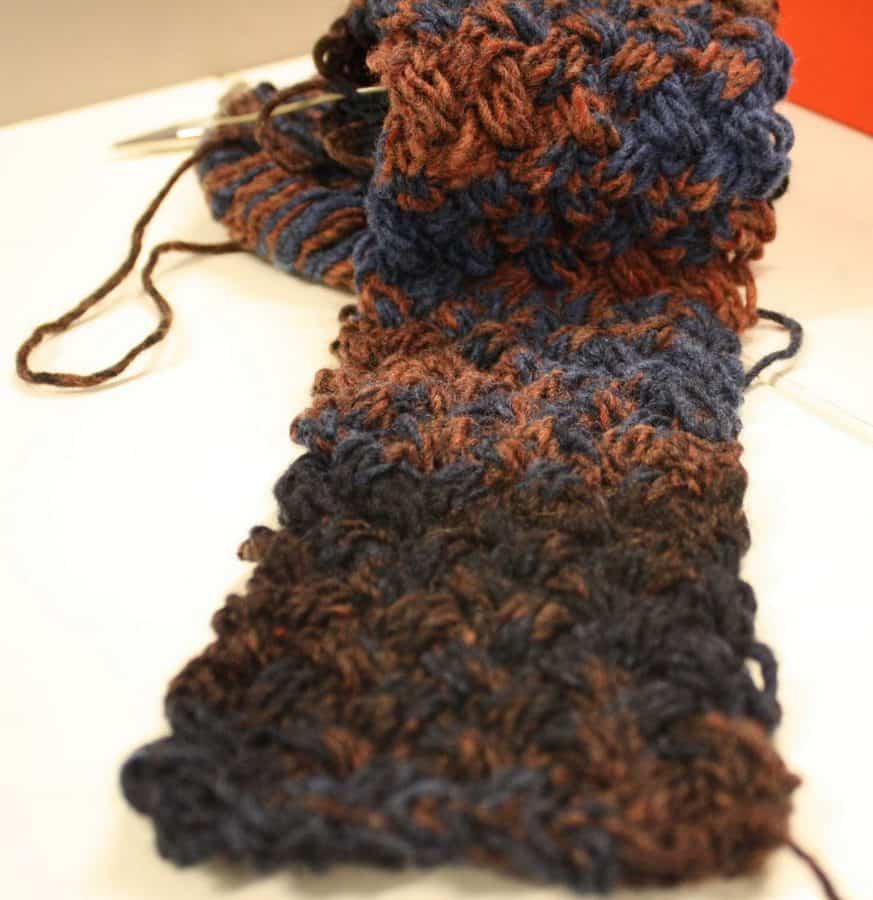 It’s a simple woven cable stitch scarf, and I’m using some Noro yarn that I’ve never been able to make look good in anything else so far.

I’m thinking that I will probably do some simple knit or crochet edge on this scarf after I get it to a decent length.

Current Spinning
Although the picture might appear otherwise, I have to admit, my spindling hasn’t been overly easy lately. 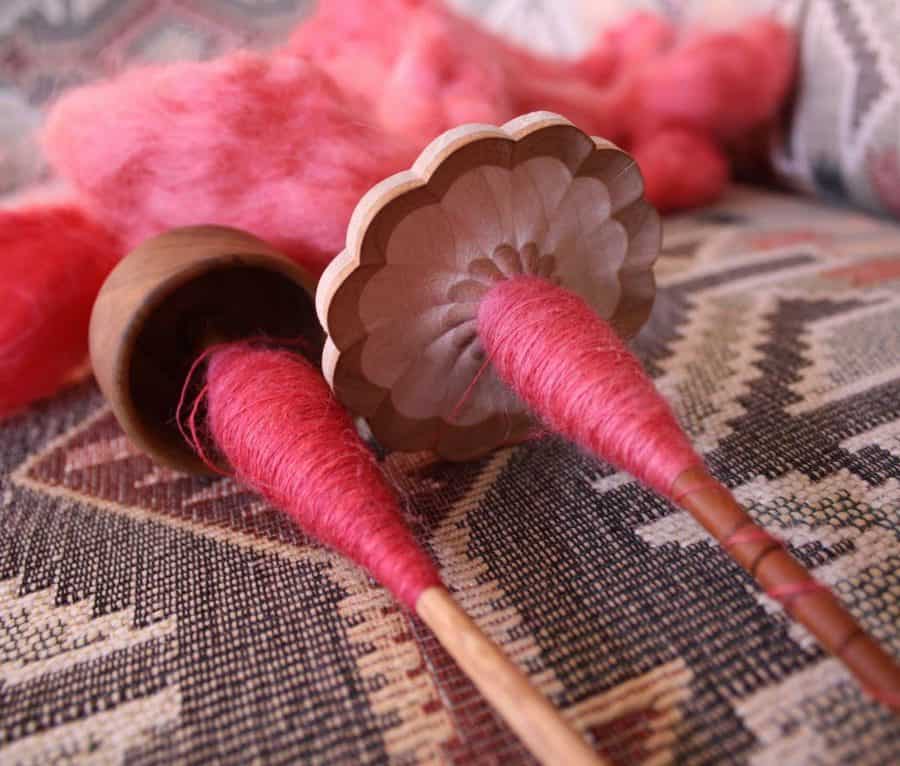 Actually, spinning the singles has been relatively easy…I just keep messing up on the plying of this fine lace yarn. And what’s worse is that it’s not for lack of skill or knowledge…I just keep losing patience when things get a little tangled or the singles start plying onto themselves.

I will eventually fix up all the messes I’ve made with this yarn.

Readers’ Comments/Questions
Thank you all for you commiserating comments on my ripped lace knitting.

Ivar (Asplund) asks, “Do you think you could make some kind of fastening arrangement there, hiding the hole by turning the stole into a kind of wrap? It would still look lovely!”

I don’t think so…I really think I’ll try to darn the hole in a way that will fix it, even if it doesn’t look perfect after all is said and done.

Barbara asked, “Did the yarn break as you were blocking it or is that a dropped stitch(s) that ran?…and then RaenCT asks, “What was it that made it pop? How can we learn from your “disaster”?”

Well…I decided to block this project dry, since the single-ply Shetland seemed to be less strong when wet. Once it had been blocked out to the size and shape I wanted, i was going to spritz it with water, so that the blocking would hold after it dried.

I ended up never getting it fully stretched out, and as simple as it sounds, I think I should have just blocked it an inch smaller. The tensile strength of the yarn just couldn’t handle the amount of stretching.