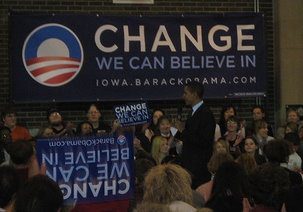 I can’t tell you how glad I was to see the Democrats break through the log-jam of Republican petulance.

U.S. Political Stuff
Sorry for the non-U.S. readers, but something rather important in terms of progressive movement in this country just happened yesterday.

Ever since the Democrats won the White House and the majority of seats in the two houses of congress, the whiner-babies on the Republican side have done everything they could to stymie any of the changes that the U.S. public demanded through their voting voice.

Finally, after trying everything they possibly could to incorporate the conservative obstructionists, it became obvious to both the Democrats and the U.S. public, that there was no compromise that could be made that would have them participate in the long-awaited changes necessary in this country.

I am so glad the Democrats finally took the reins and said enough is enough and did what they were voted in to do.

Like many progressives, I don’t believe that the health care reform bill goes far enough. I can’t imagine there are many folks that don’t believe that we truly need a public option for health care insurance, so that we can bypass the money-sucking bastards spending millions of dollars or our insurance premiums lobbying politicians
to let them continue to rape this country. However, I do think the passing of this bill is a huge step forward, and renews my confidence that the Democrats are at least going to try and make changes. 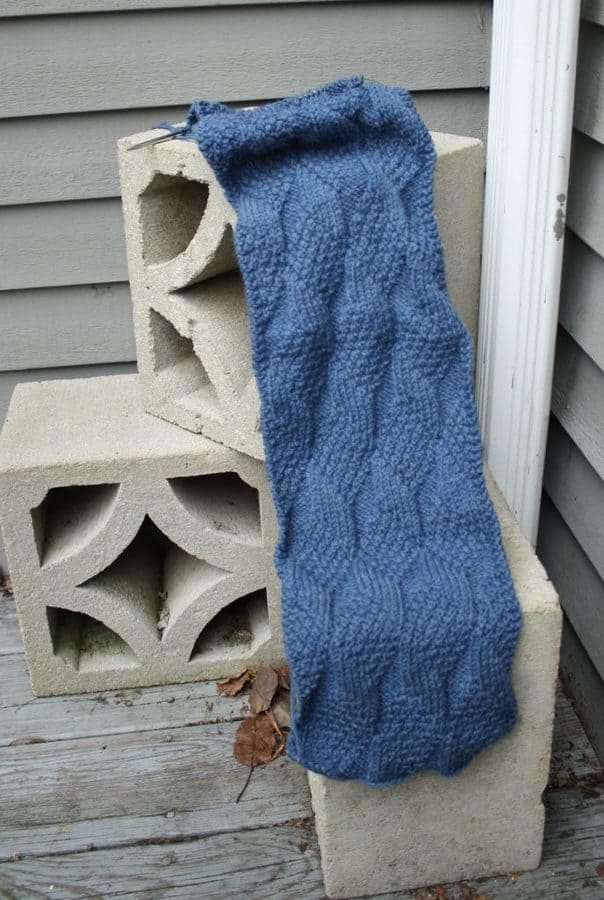 But then I decided to try my hand at the Zaire after I liked how well the swatch turned out.

Here’s what I’ve gotten to so far. 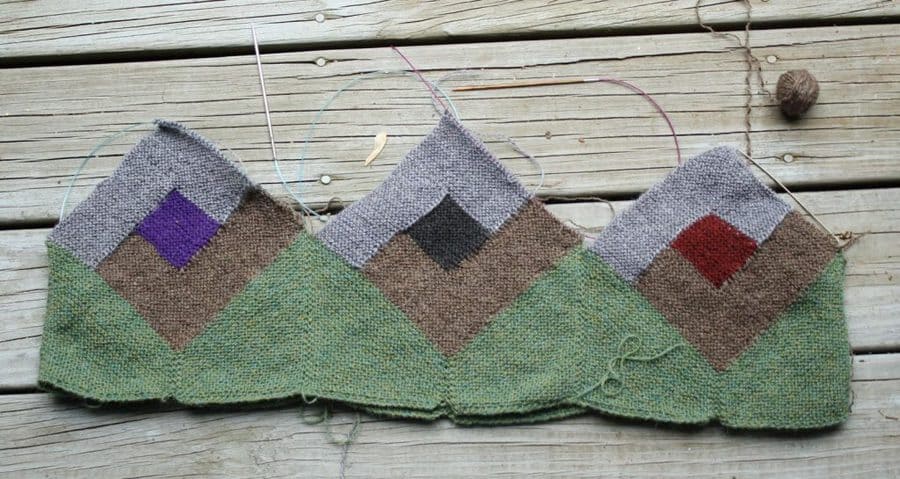 Since you can’t see the back, you wouldn’t know that I only have five diamonds completed. I had six, but then realized that I had completed twisted the in-the-round bottom of the sweater when I connected the ends (I know…I know…totally beginner’s mistake), and this required me to rip out one of the diamonds.

I’m kind of making up the color scheme as I go along, but I’m liking it a lot so far.

Cool Note Cards
A while ago, I was asked if an artist up in the hinterlands of Canada could use a photograph of me spinning to create an original art piece on note cards, specifically geared towards men who spin. Of course I was thrilled.

Monica took a photo some of you might recognize and turned into this delightful note card. 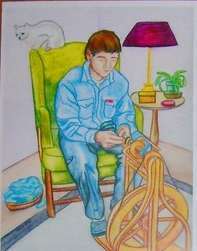 I’ve since ordered a full set of the male-oriented spinning note cards and they are perfectly delightful. To reduce postage, I honestly wished I had ordered a few sets. She’s also been nice enough to send some of her original note cards as door prizes for the Men’s Knitting Retreat.

I have decided I am no where near nice enough to live in Canada.