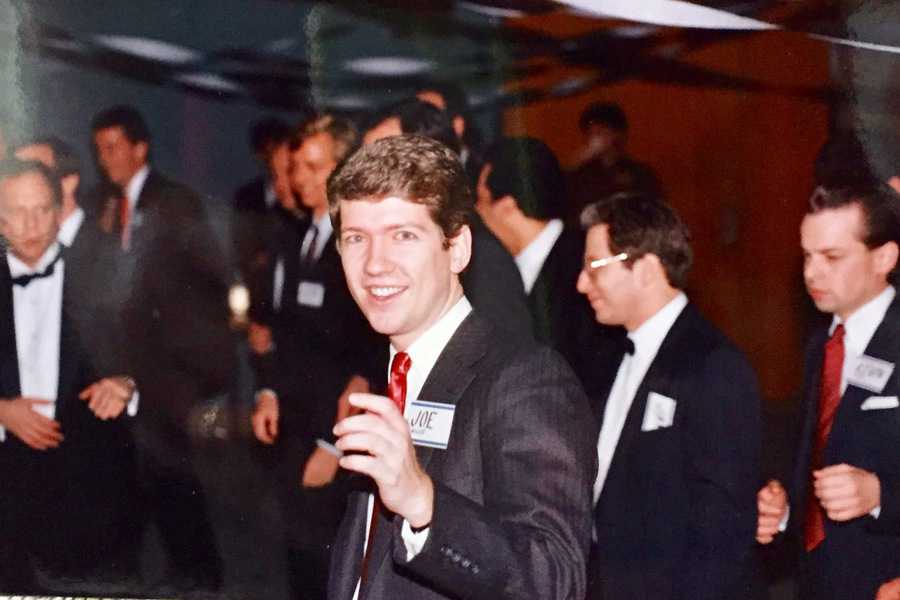 Work Is What I Do

A number of years ago, I remember driving home from work and having unhealthy and obsessive worries about my job.

I Used To Be My Job
At the time, I didn’t realize it, but I thought I was my job in many ways. While there were other things I did in my life…I was in a relationship, I was a homeowner, I was a knitter, etc., none of them took on the role of solely defining who I was like my job.

If I did well in my job, all was great, but if things weren’t going so well, I was a failure. And there was about a year in my life where I felt like a terrible failure for that very reason.

I started by coming up with techniques that would alleviate the symptom of feeling like a failure…for instance, there was a bridge on my way home right near my house, and each night I would cross that bridge, I would leave all my work-related worries on the other side, pick them up on the way back to work. While this helped some, it didn’t solve the problem, which was that I placed my entire self-worth on something outside myself.

A few things got me to the place where I could see myself as worthy and and even accomplished, with work only being a factor.

Primarily, it was the fact that I couldn’t sustain such a painful premise in my life that forced me to change. As my job got more and more critical of me, even thought I knew their critiques were inaccurate and done for reasons other than my performance, I continued to trust myself less and think I was more and more worthless. Once I realized I couldn’t live like that much longer, I forced myself to start looking at other things that made me who I was.

One of those was obviously knitting. I was becoming a talented and knowledgeable knitter. I also participated in some co-dependency help groups that started to let me see that work was only one aspect of who I was, and often, not the overriding one. Finally, when I found a job in consulting where clients seemed to always want my skill set, I realized that work and my skills for my job were just one factor in a very amazing set of factors that made me who I am.

Suffice it to say, I’m glad to be me today.

Current Knitting
The flight out to Seattle this week gave me time to get some knitting done on my current Malabrigo Silky Merion pullover. 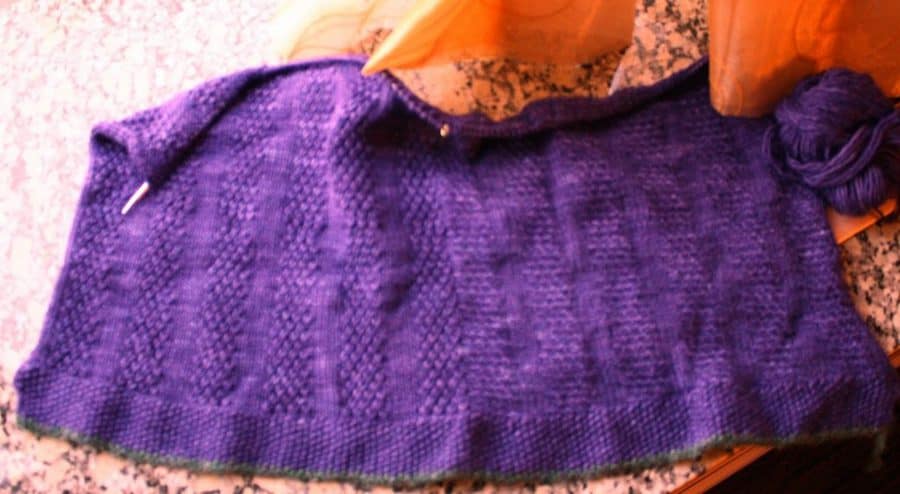 This is about 10 or 11 inches from hem to needle at the moment to give you a sense of scale.  The pattern is starting to emerge nicely, and as the piece grows, the vibrancy of the purple is starting to be absorbed in the size of the piece. I’m thinking that I’ll switch to a different pattern stitch completely for the chest/yoke of the sweater…we’ll see as it develops.

Readers’ Comments/Questions
Alice writes, “Thank you for stating that you had ripped out several times in order to establish the pattern.”