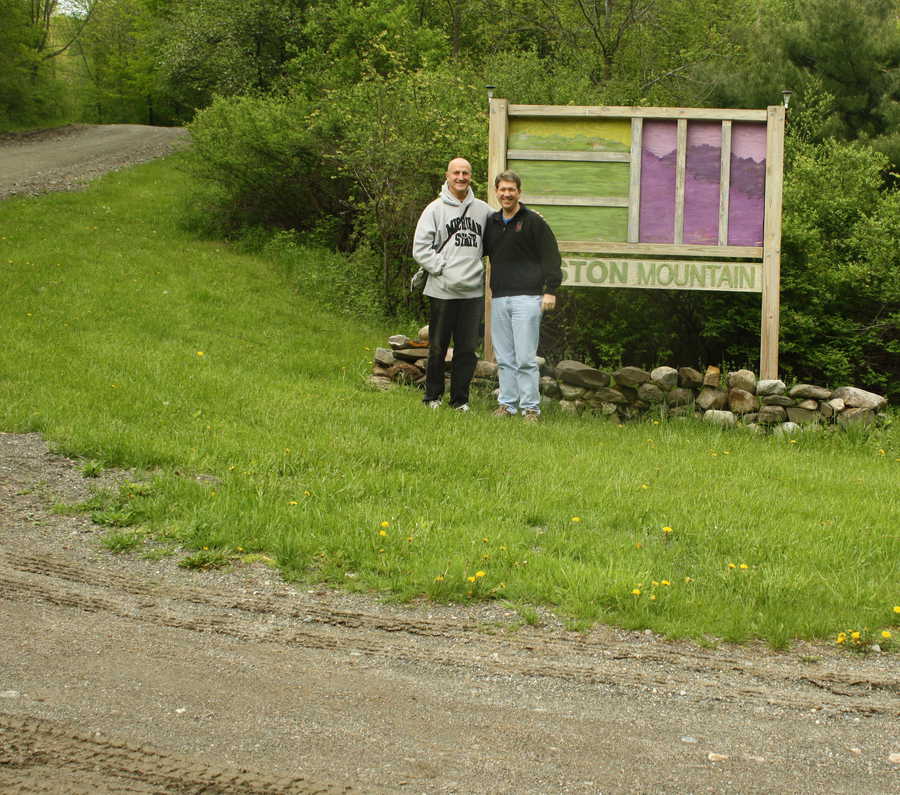 Specifically, QueerJoe loves the knitting men that show up each year to enjoy the Men’s Knitting Retreats.

Another Magical Retreat
Each year, for the last four years, an unlikely group of guys has shown up at the Easton Mountain Retreat Center, quickly bonding over the commonality of love for all things fiber.

The magic happened again this year, and even though we had a lot of guys that had never been to the retreat, the exuberance was almost immediate.

Here are just a few photos from the retreat…I’ll post some additional photos of the guys sometime later this week. 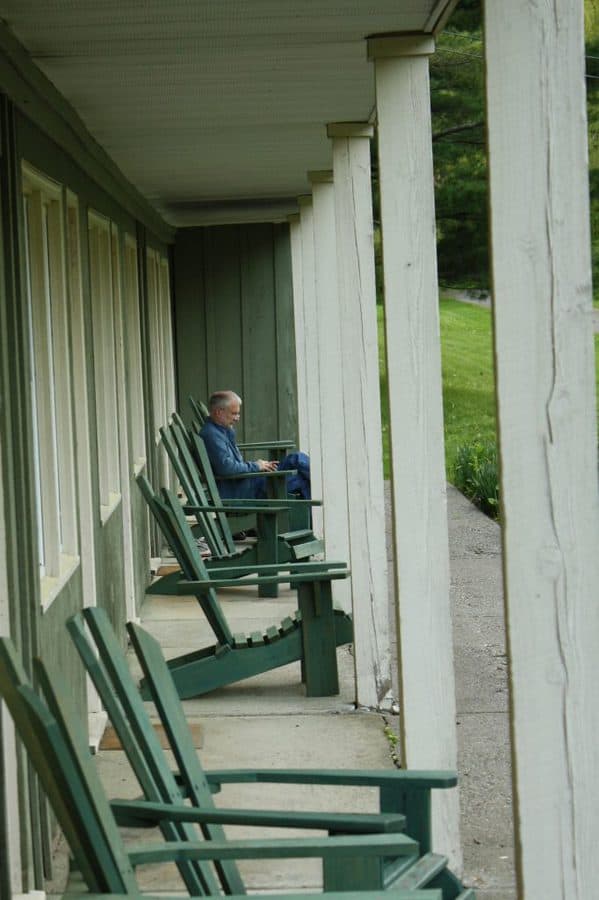 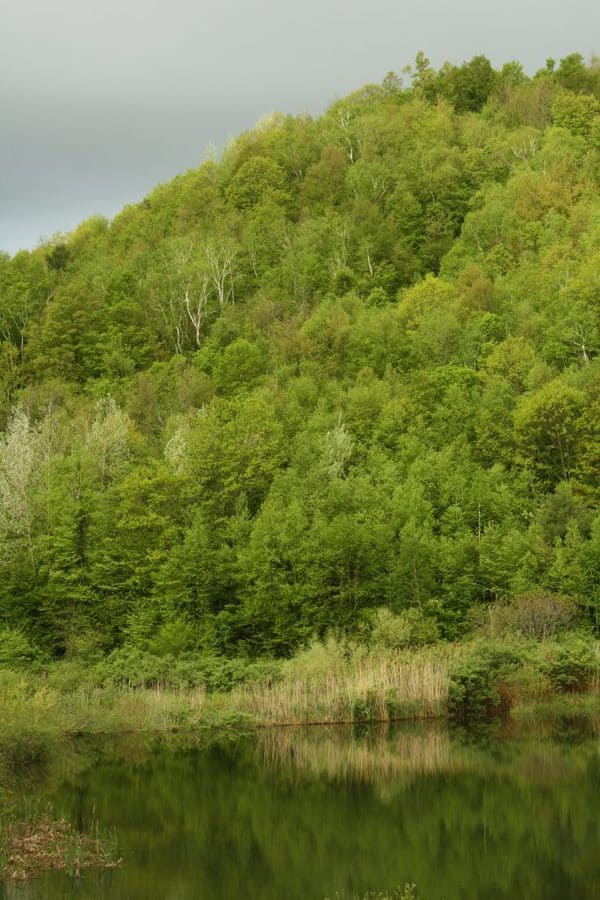 Current Knitting
As anyone who’s ever been with me at a retreat, they’ll know that I rarely knit while I’m there.

I know, I know, it seems antithetical, but I honestly don’t go to the retreat so I can knit…I go so I can hang out with the guys.

So, I’m still working on finishing the second baby blanket…hopefully I’ll have the completed photo next blog entry, but I’m not promising anything.

Readers’ Comments/Questions
oh kiki writes, “I think the blanket is turning out beautifully. Great choice of yarn – it suits the pattern well. One question: did you put extra stitches when you changed colors? ”

No, not really. The scarf pattern has two stitches of garter on each side, and I actually used some garter on the inside stitches, but not for color changing. I could have easily not used them at all except on the outside.