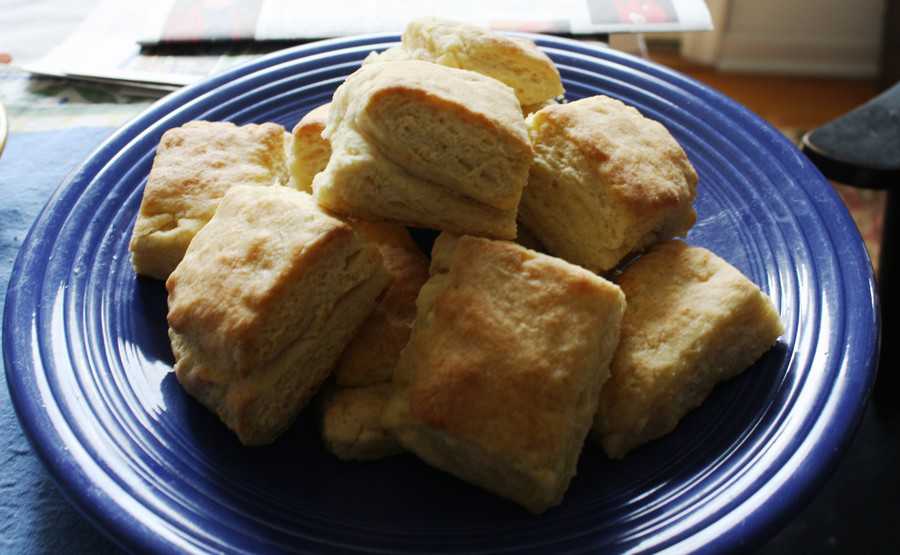 Son of a Biscuit

For a few years, I’ve been trying, unsuccessfully, to make a fluffy, tasty biscuit.

How To Make Good Biscuits

I started to think that, like pizza dough in the Northeast, biscuits required water or some magical ingredient that was only available in the South.  My attempts at biscuits weren’t horrendous, and they were certainly edible, but they weren’t fluffy and melt-in-your-mouth, like some I have had.

Then, a blog reader, Glen, who is also a graduate of Culinary Institute of America gave me a recipe and technique for making biscuits, that I combined with a tip from someone else, that allowed me to make a great biscuit. 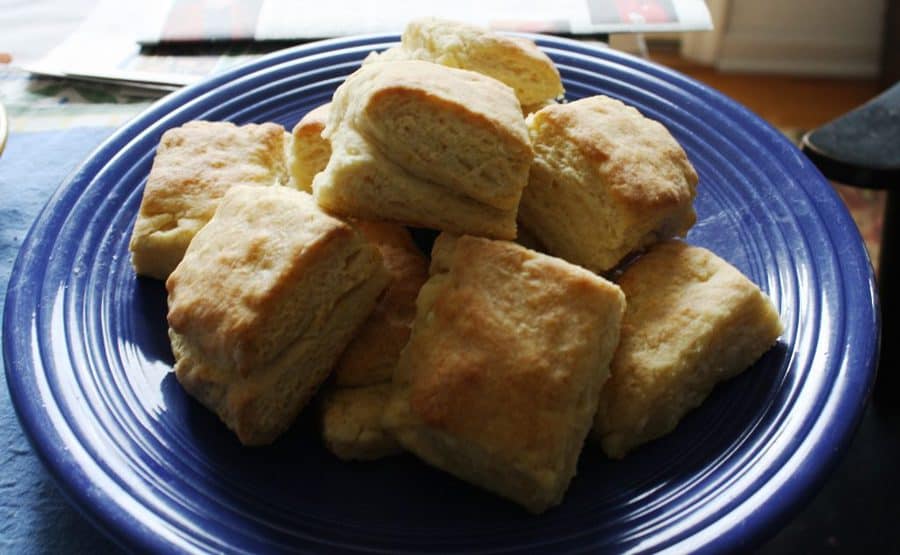 First of all, here’s the recipe I used (sorry…I only have it for weights, not cups/tsps, etc.):

Cream together the butter, sugar, and salt in 5-quart mixer until light and fluffy.
Sift together the baking powder and flour.  Add to the butter mixture and mix until well combined.  Add the buttermilk and mix until well combined.
Place dough on well floured surface.  Spread out until dough is ½” thick. Fold dough into thirds; then roll long-wise to make a short log.  Lift from surface and flour again.  Roll dough out to ¾” and relax to 1”; cut with desired size cutter.  Place cut biscuits in a grid formation butted next to each other on a parchment lined half sheet pan.
Bake biscuits in a 400F convection oven until risen and evenly golden browned.  Brush immediately with melted butter once out of oven, in two sets to aid in buttery flavor.  May be sprinkled with salt to aid finish.
Biscuits should be used same-day and never be held for more than 12 hours. Any biscuits left over are well-suited to bread pudding or breadcrumbs.

A couple of changes I made:

Finally, I don’t have a biscuit cutter, and previously, I had used a can and a glass to cut out my biscuits.  I was told that you should use a sharper cutter (like a biscuit cutter) and not twist it while cutting…you don’t want to seal the edges closed, to allow for the most rising possible.  I used a very sharp, long chef’s knife to cut my biscuits into squares.

I’ll be interested to know if anyone else tries this recipe.

I’m working my way up the back of the Icelandic wool pullover, so it won’t be long before I get to the sleeves.  Here’s a progress photo. 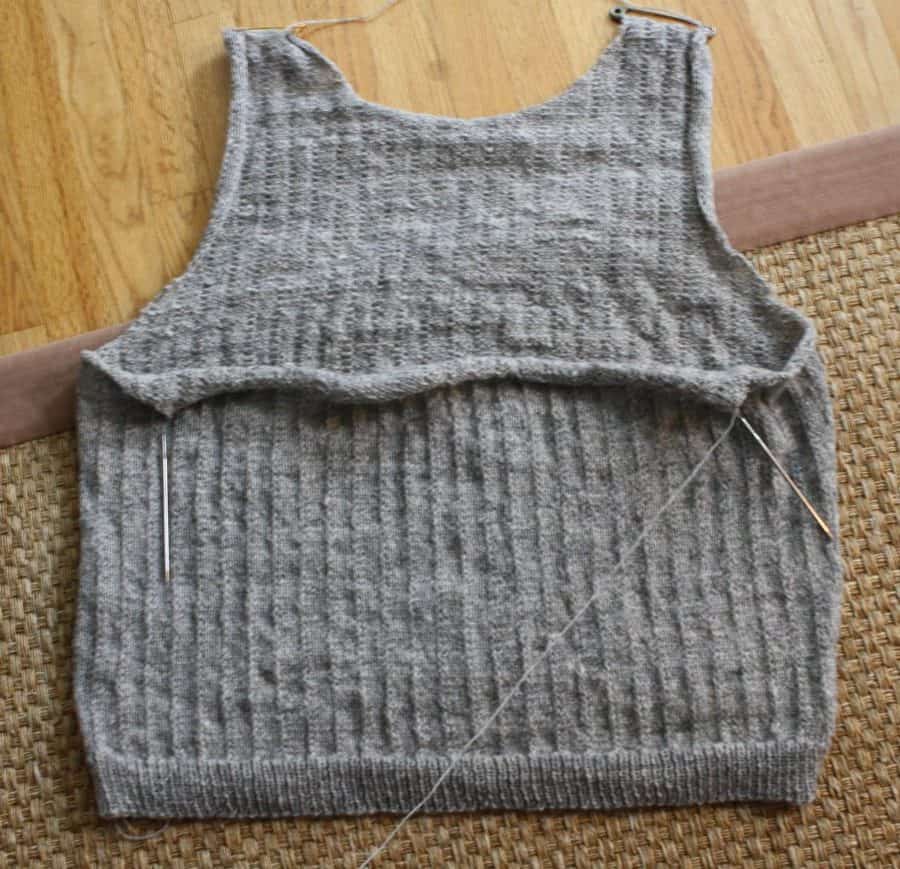 I’m not so sure this pullover will have as much structure as I like in a sweater, so I may line the shoulders with gros-grain ribbon, and possibly do the same thing on the bottom ribbing…we’ll see.