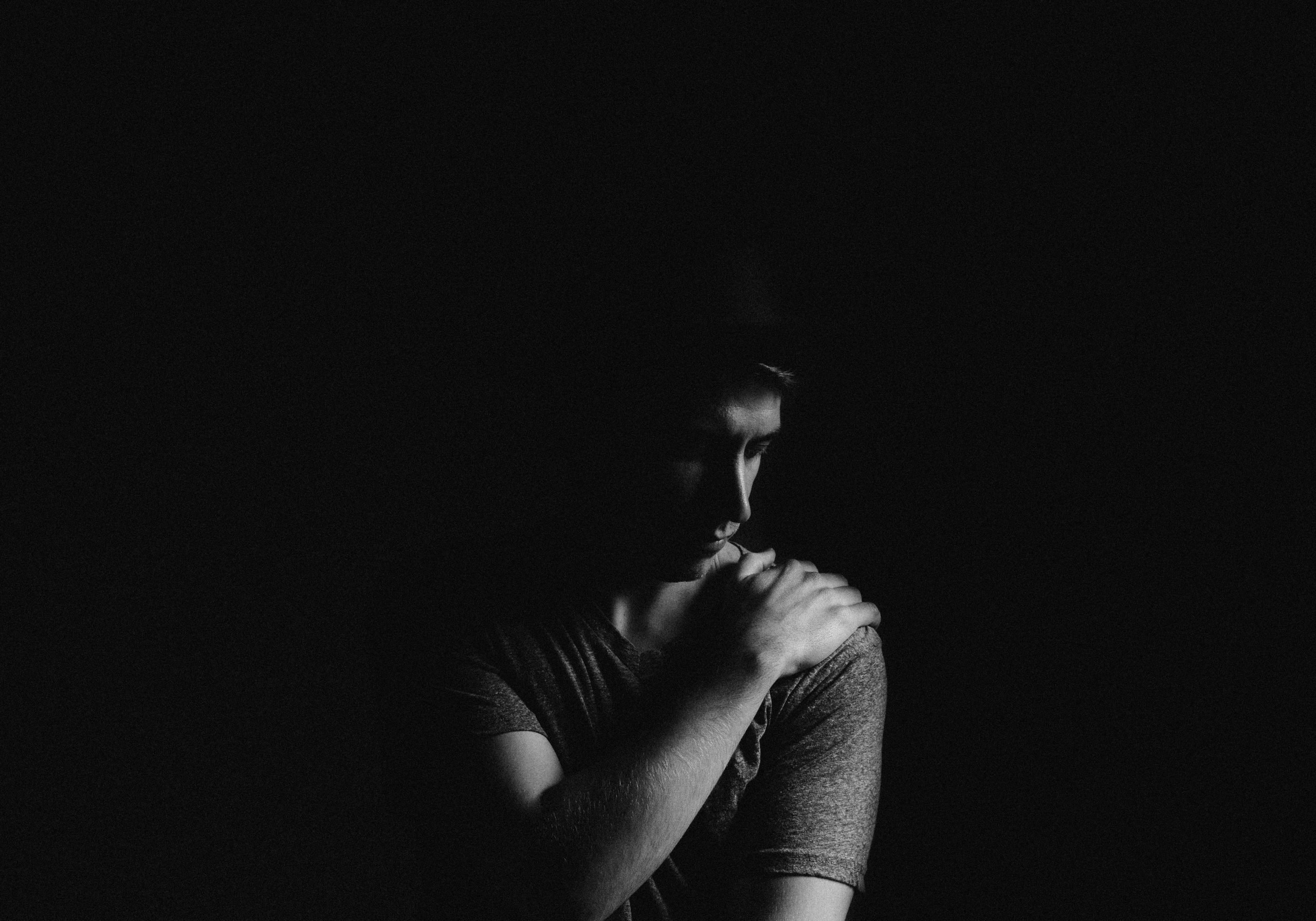 As an idealistic, Catholic-raised teenager, I was a fervent supporter of the right-to-life movement and even marched on Washington one year and ambushed my Senator on the issue.

My Views Have Evolved Significantly

As a teenager, things were black and white and there was no room for grays.  Abortion was murder and it needed to be outlawed just like murder is outlawed.

As I now realize the gray area that a fetus is…legally, physically, morally etc., I realize that there are many valid reasons for terminating a pregnancy.

I have to admit, even today, I’m never thrilled to hear about a woman having an abortion.  I can’t imagine it’s an easy decision for most women and/or couples to make, and we know it’s not a good thing for the life-form inside the womb, even if it’s not a viable human being at the time of the abortion.

But I also realize, a woman’s right to determine what happens with her body (and all of its contents), is much more important than any other factor.

This issue came up because of the recent kerfuffle surrounding the so-called Christian who owns the Hobby Lobby chain, who is incensed he has to provide prescription coverage under Obamacare for the “Day After Pill”.  A few of their stores also got all uppity with some in the Jewish community who questioned why they couldn’t find Hanukkah-related items in HL stores (btw, I feel self-determining store merchandise is a store owner’s prerogative, rude, anti-Semitic customer service is inexcusable and a bad business practice).

Besides…what I will NEVER understand, is why would people who believe that life begins at conception ever be against contraception?  And the so-called “Day After Pill” is a pill that prevents a woman from fully ovulating and getting pregnant…it does NOT terminate a pregnancy.  Since you can “shut that whole thing down” the day after before conception actually happens, you’d think hateful pricks like the owner of Hobby Lobby would be thrilled Obamacare pays for it.  It actually reduces abortions.

But of course, haters like him would much prefer to delude themselves into believing it’s terminating a pregnancy, so they can hide their women-hating ways behind the light of Christ.

Glad to get that all off my chest.

Pathetically lame amounts of fiber work this week.  I did a little on the Summit Shawl and I crocheted a total of ONE new granny square. 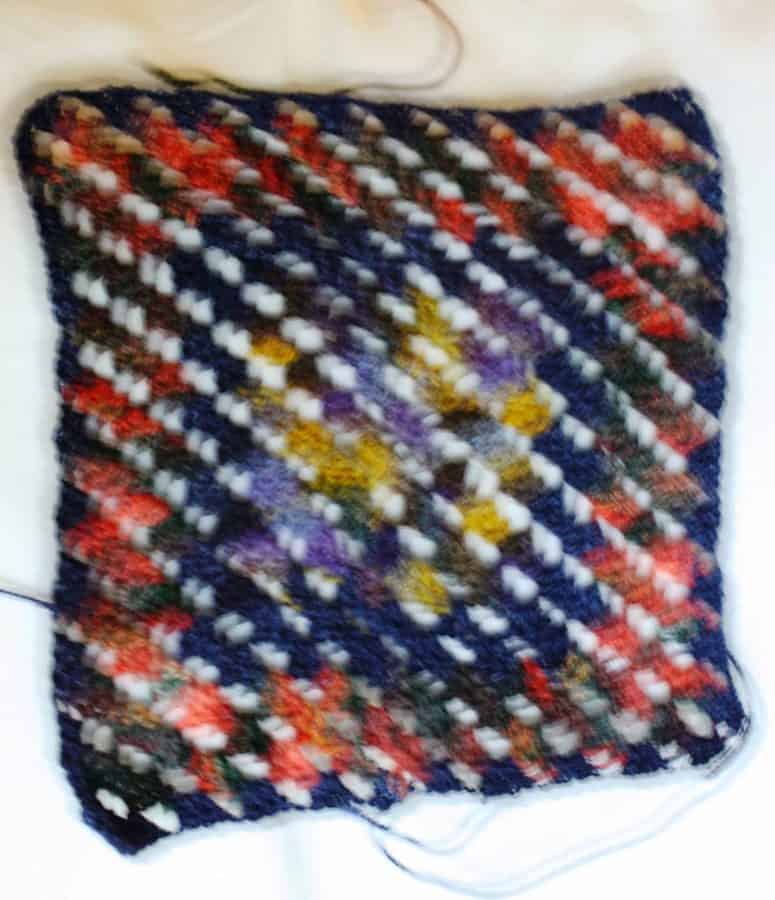 Firstly, I apologize for the blurriness…perhaps my auto-focus has been turned off again.  Second, you’ll perhaps notice that  the solid color has switched from green in the first twelve squares, to blue in the thirteenth. 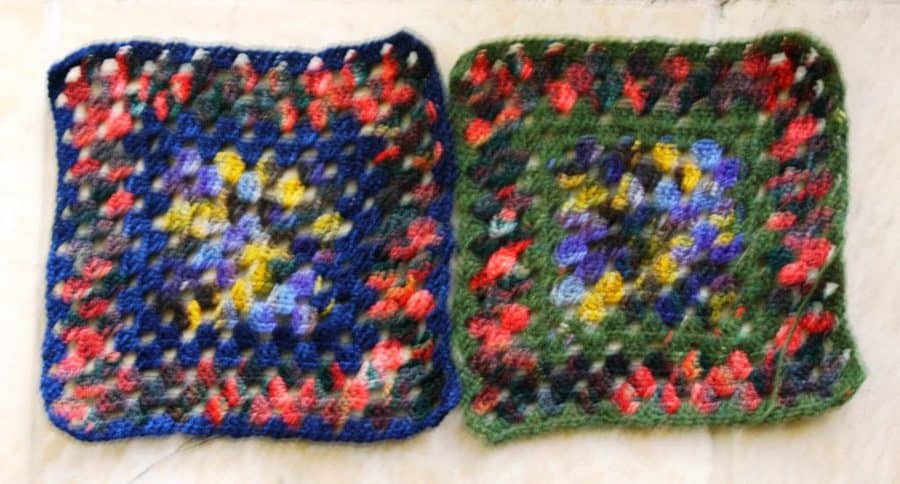 I’m thinking about doing a multiple of 12 squares to make a blanket (perhaps 60 squares??) and each dozen squares will have a different colored solid.  We’ll see how that goes.