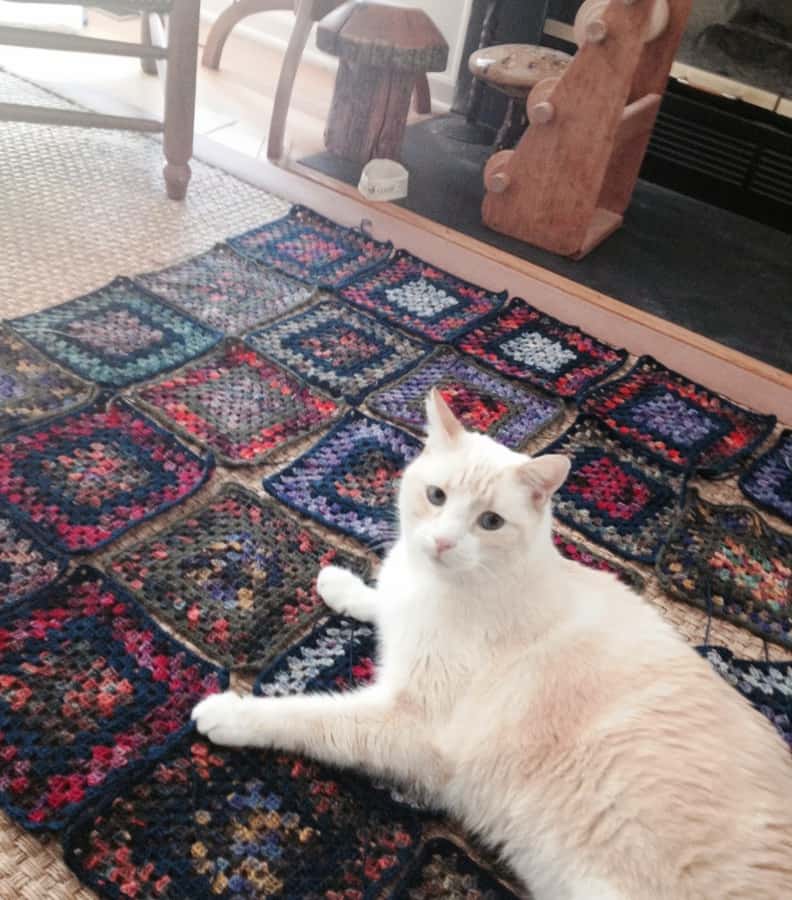 At the beginning of 2013, I made a list of resolutions.  Personally, I think if you don’t give some accounting of how you did on your resolutions at the end of they year, you shouldn’t make them…even if the results aren’t stellar.

Here’s what I actually did:
So my percentage was 50%.  I’ll need to work on that completion percentage in 2014.

I’m nearing completion of the secret project, which I won’t be able to show you until May.  But it took me casting on at least 12 different times before I finally came up with a stitch pattern that worked with the yarn and created a fabric I liked.
I also did a couple of new squares on the granny square blanket, so I have a total of 28 squares complete. 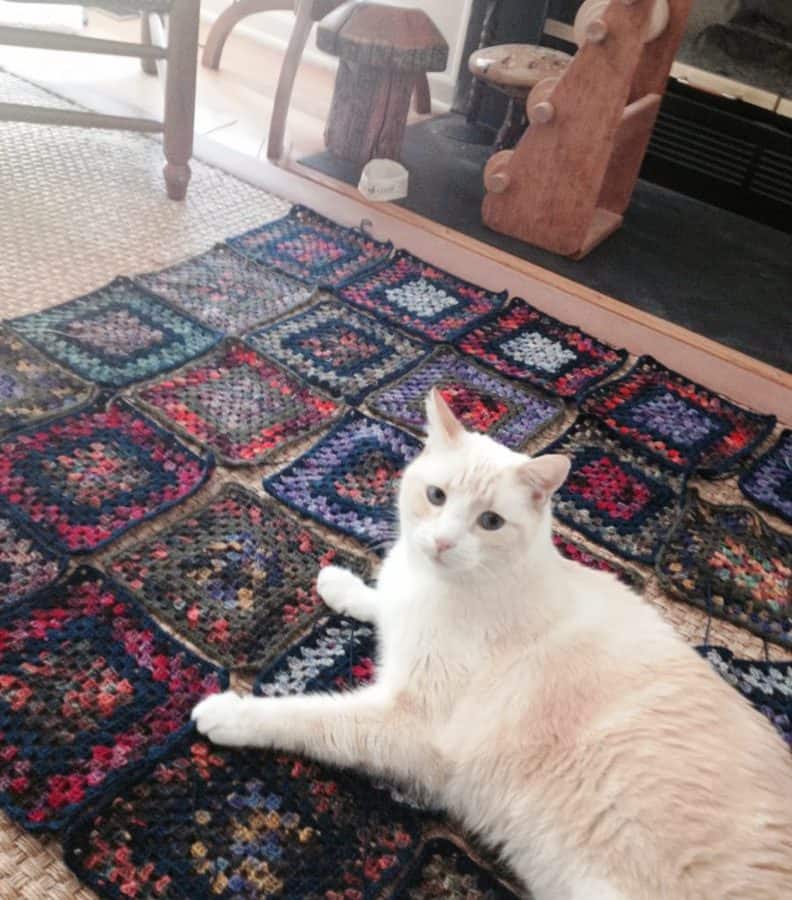 Nico is still holding on and has never looked better, believe it or not.  But I still don’t expect him to make it through to 2014.  I think his medications are starting to have less effect each day.
granny squares hunger games Koigu New Year's Resolutions nico princeton scoliosis spinal surgery