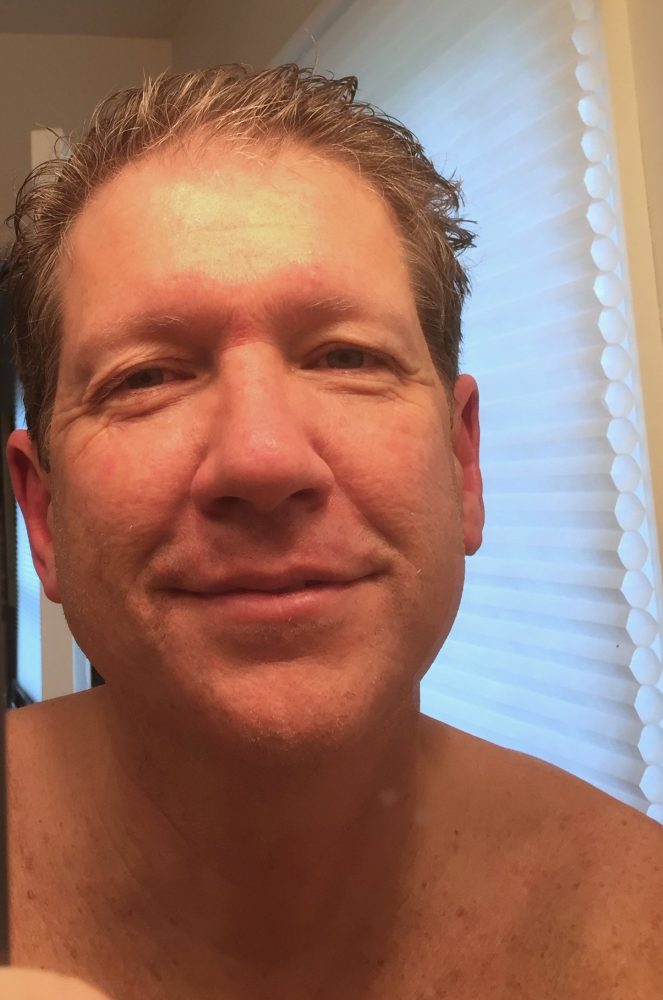 This past weekend was a 3-day weekend in the States, and I took the opportunity to begin some re-organization of my yarn and projects.

I opened a filing box in my living room, where I threw knitting projects I wanted to hide when guests came over, and it was filled with Kureyon Sock yarn, an old sock project using Briar Rose Angel Face Laceweight yarn and US0000 needles. 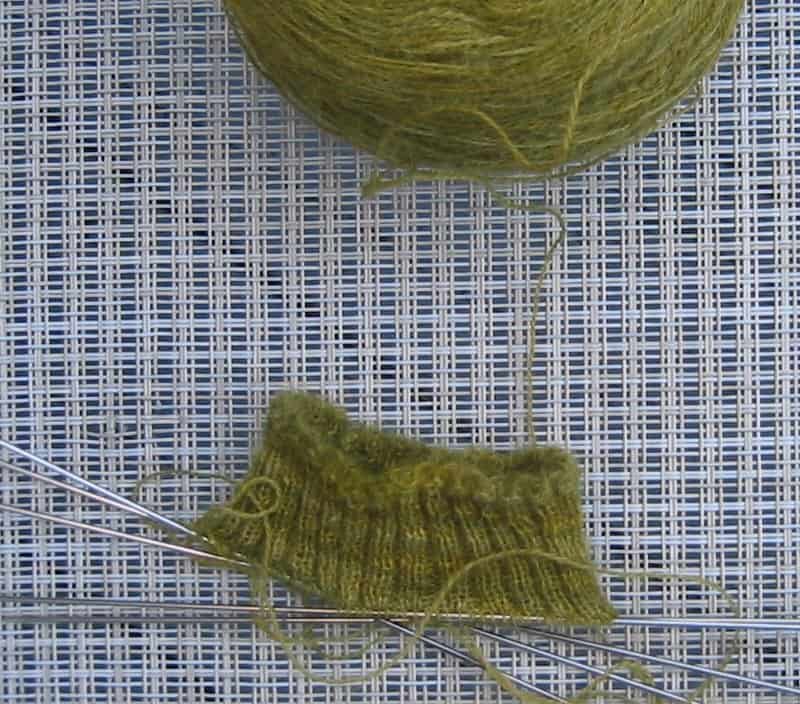 I had made no additional progress since 2008, so I pulled it all out and put away the tiny needles.
I also found a pair of my hand knit socks with a hole in the toe that I had obviously stored for later fixing.  I took the remainder of the weekend fixing the toes . 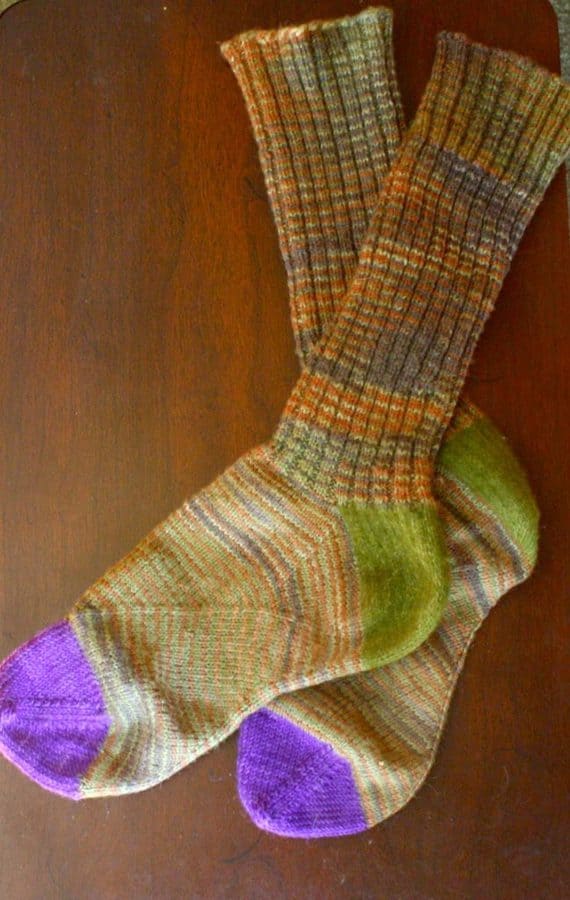 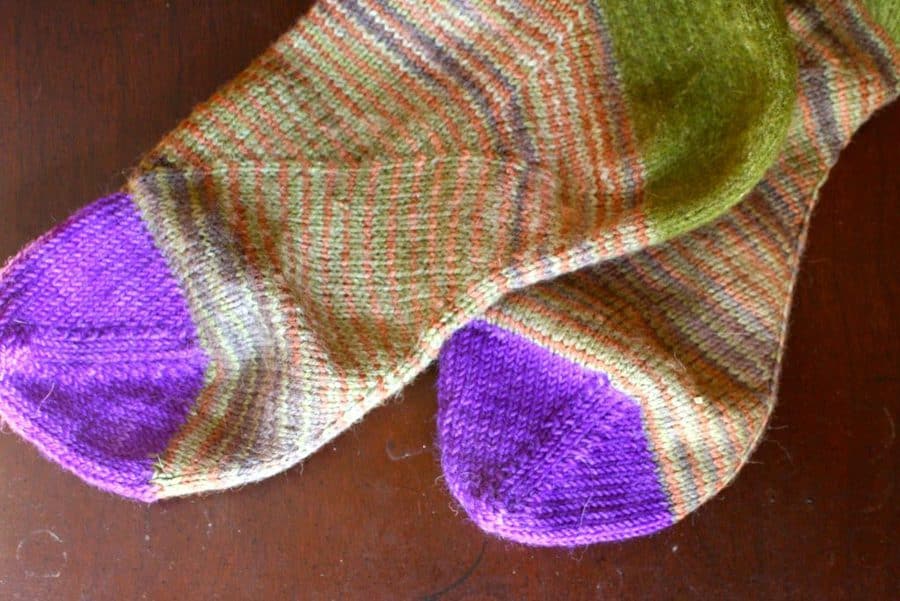 I love the design of these socks (from a pattern by Marlowe Crawford called Oliver) and now it’s like I have a new pair of socks to wear.
I’ll get back to organizing another holiday weekend.

Finally, I also worked on Aunt Dorothy’s vest.
And this is the biggest success story, thanks to reader/normally lurker Holly, who wrote:

Hi. I’m usually just a lurker– Have you considered running a row or two of duplicate stitch to match in with the Fair Isle at the places where the lighter skein is? It might blend it in?

Why hadn’t I thought of this?  What a brilliant idea.  I ended up added two single duplicate stitch stripes in purple to the garment, and while the color differentiation is still a little noticeable, it’s completely acceptable in my humble opinion! 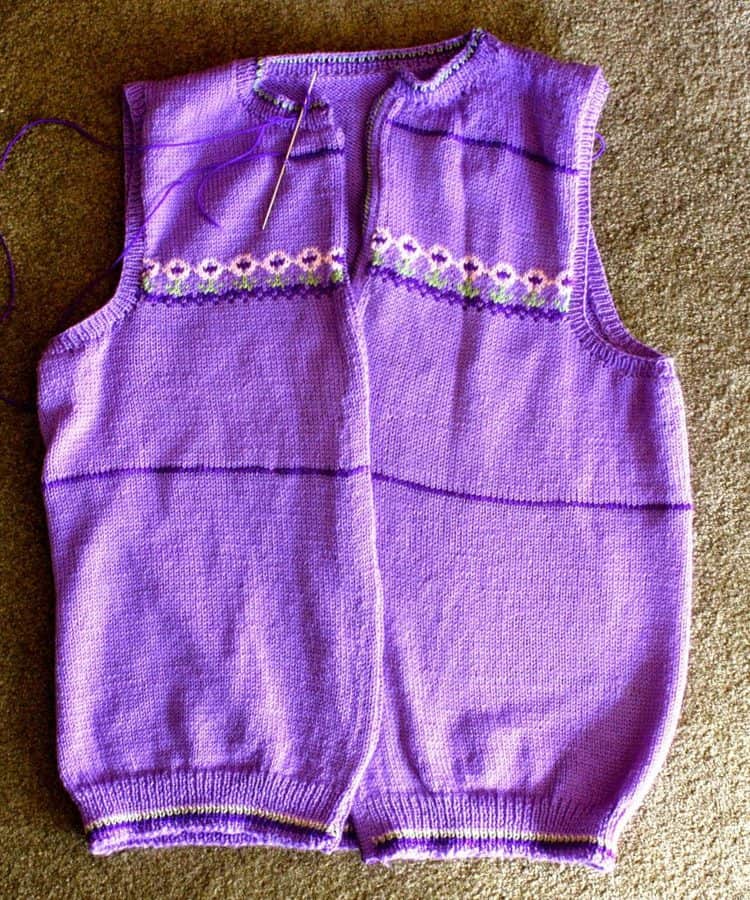 I’ve also decide to add snaps to the garment instead of a zipper, so all I have to do is finish the last small section of duplicate stitch (which was fun to do…I had never done this before) and buy some snaps and wash/block this baby.
Happy as hell…all thanks to Holly!
arched sock aunt Dorothy vest darning duplicate stitch dye lot marlowe crawford oliver sock pattern toe