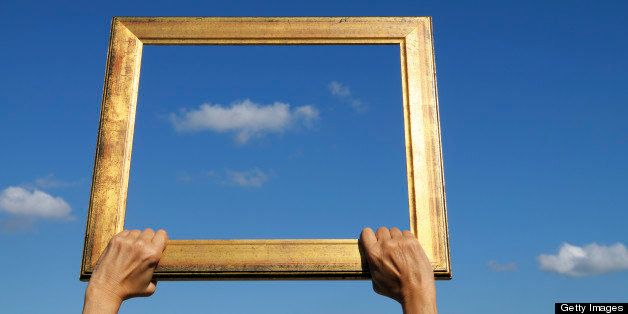 I can’t tell you how many times I’ve started a project and abandoned it after an inch or two of knitting because I didn’t like how it was looking.  How many of those projects might have turned out okay if I had continued knitting?

That’s why it always amazes me when I start knitting someone else’s design and after knitting a few inches, I think, “I’m glad I know what this is going to look like, because if I had started designing this garment, I would be ripping it all out right now.”
My newest project is like that…I saw a Rowan design called “Tilt” by Lisa Richardson, and it’s a Fair Isle/stranded knitting design using two different tweedy yarns (Summerspun and Revive) and the colors sometimes overlap in ways that make them look quite similar.  So even though I’m knitting a design in a different colorway, the differentiation in color doesn’t look like I’ve changed color at all.
But, just like the subtle differences that are noticeable when there is a dye-lot change in yarn, the differences in colors are just enough to discern a pattern in the Fair Isle design.

It took me a while to locate one of the Rowan yarns, but I ended up getting both yarns from two different companies in the UK.  Even with shipping, I got a decent deal.
Here are the two yarns: 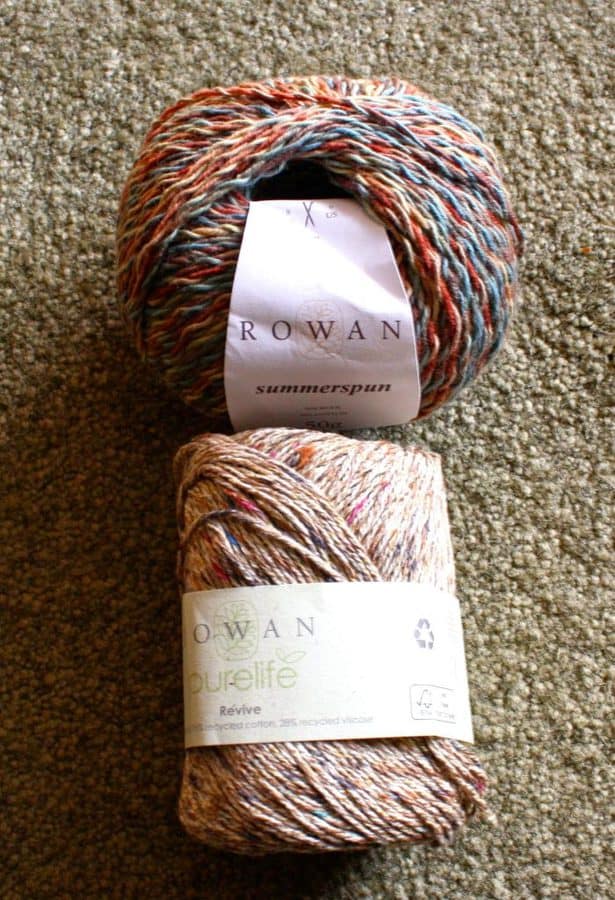 Here’s what the sweater is supposed to look like:
And here’s what I’ve done so far:

I’m still not convinced, but even if the design isn’t as obvious as I’d hoped, I still like the fabric that it’s creating.  I’ll press on.

Regarding the Spiked Crochet Afghan, weaverwaif writes, “do you have to stop/start every few inches with a new color ?”
Yes…actually each color stripe is two rows of single crochet, with a “spiked” crochet stitch ever 7th stitch on the first row of each new color.  Really quite easy, but each stripe will have two ends to weave in after the fact.
knitwear design lisa richardson revive rowan summerspun tilt tilt cardigan