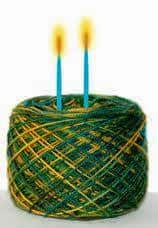 I always think that a birthday celebration should be about the person with the birthday, and not be hijacked by someone because their gift is fabulous.

I have made some exceptions to this rule, but not many (there was one time I went to a surprise birthday party for an acquaintance, and it was held by two extremely wealthy men…our gift to the birthday guy was a spectacular bonzai tree…a miniature maple tree that totally impressed the hosts, which was all we really cared about).

A number of times, before I had this rule, a birthday gift recipient would open up a fabulous hand knit and the rest of the time it was all about me, the knitter rather than the person who should be getting the attention.

With the completion of a few works in progress, I thought it might be a good time to start a new project.  One of my on-line knitting groups was considering a Knit-a-long, and I really liked the project he chose, so I decided to start my own version of it.

The pattern is Cascade Scarf #4 by Brian Smith 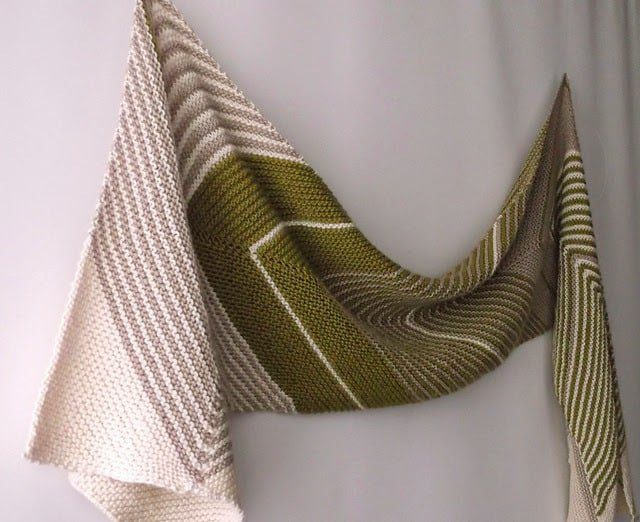 I decided to do a more muted version in dark gray and camel, and also do a finer gauge version in DK weight instead of worsted.  I also made the scarf/now wrap about twice as wide, although I’ll probably go with approximately the same length of 72″ 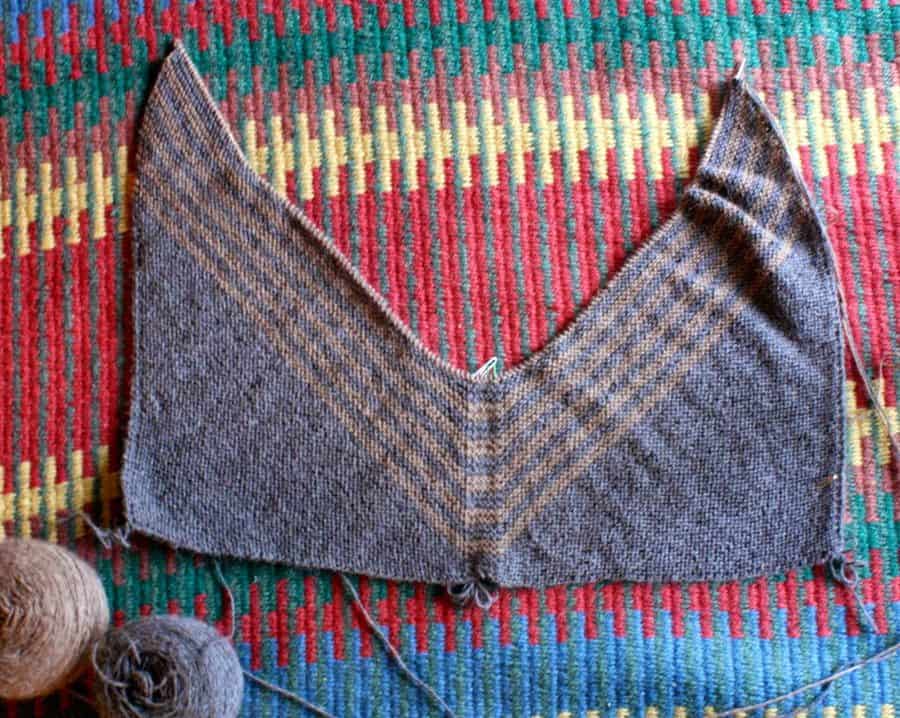 I need to start a third color soon…any suggestions on what I should add in to make this scarf as beautiful as the original (or at least beautiful)?

Regarding my last pair of socks I completed, Hayes writes, “So if you were using up all the yarn you had for them, how’d you measure-out the yarn to get them both the same size?”

In a really stupid way.  I should have just written that I knit both socks at the same time…one from the inside strand of a center-pull ball and one from the outside…which is what I started doing.  I just got tired of constantly untangling the yarns and after I got both socks up past the heel, I re-wound the ball into a two-strand ball (pulling one strand from the inside and one from the outside) and then I broke the yarn at the end.  Then I re-wound each yarn-length into separate center-pull balls, untangling the mess I made frequently.  It’s a good think I like knitting.