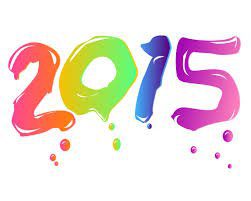 Numerologically, 2015 is an 8…not a great number for me, but I’ve never found numerology to be a very strong indicator of my fortune…good or bad.

Historically, I’ve always taken the week between Christmas and New Year’s to clean up, get organized and try and tie up loose ends.  I honestly didn’t get a chance to do that this year, so I’m trying to intersperse those tasks with work.

It’s going a bit more slowly, but it’s starting to get done.

I figure if I get my 2015 calendar hung up in my office space by the end of January, it will be a success.

Texted a photo of the three hats to my niece and she chose the purple one.  But of course, my sister showed the photo to a client of hers, who said she had to have a purple one too and she has a big head.  So now I’ve made two of Stephen West’s hats (called Windshief) and added a pompom to both. 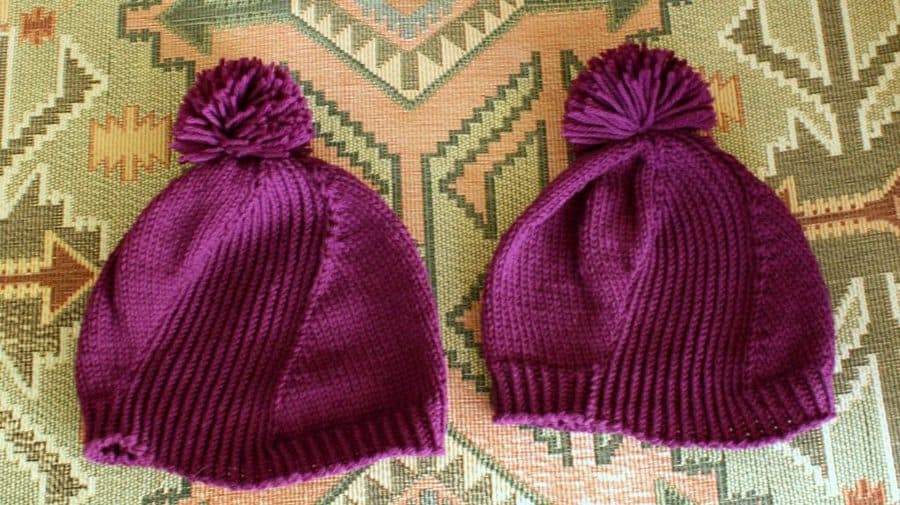 I also made some progress on the latest pair of socks in Scrumptiospurl yarn. 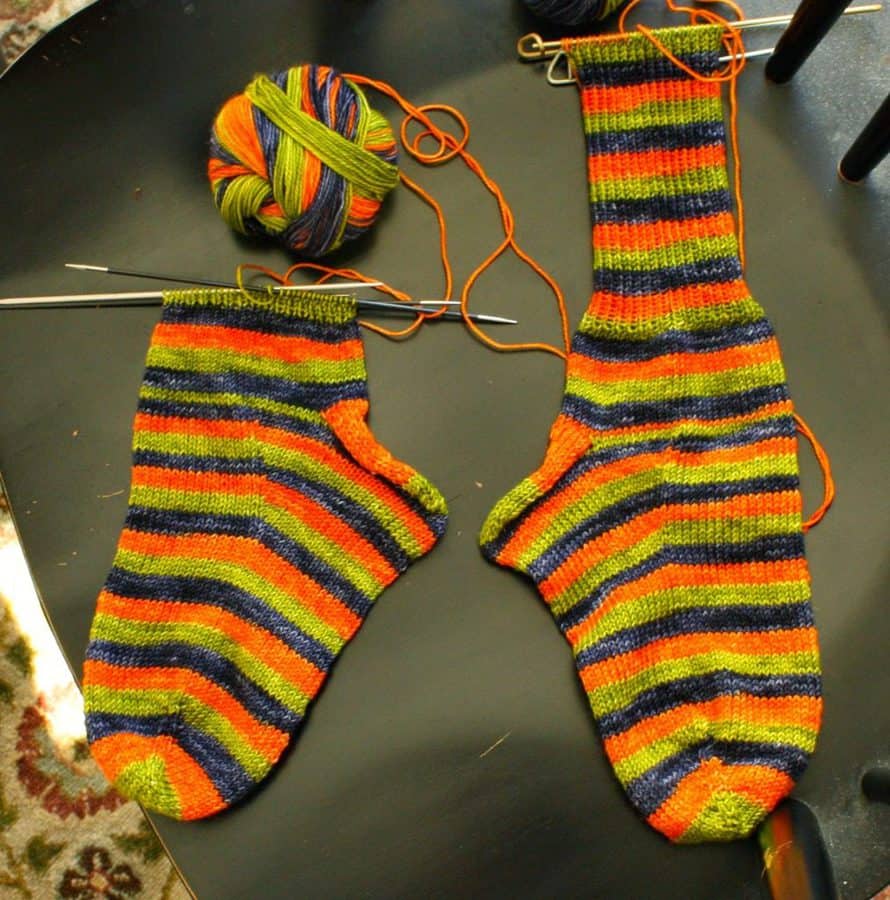 Almost finished with the first sock and just started the ribbing on the second one.  The yarn is lovely…but I’ve mentioned that before.