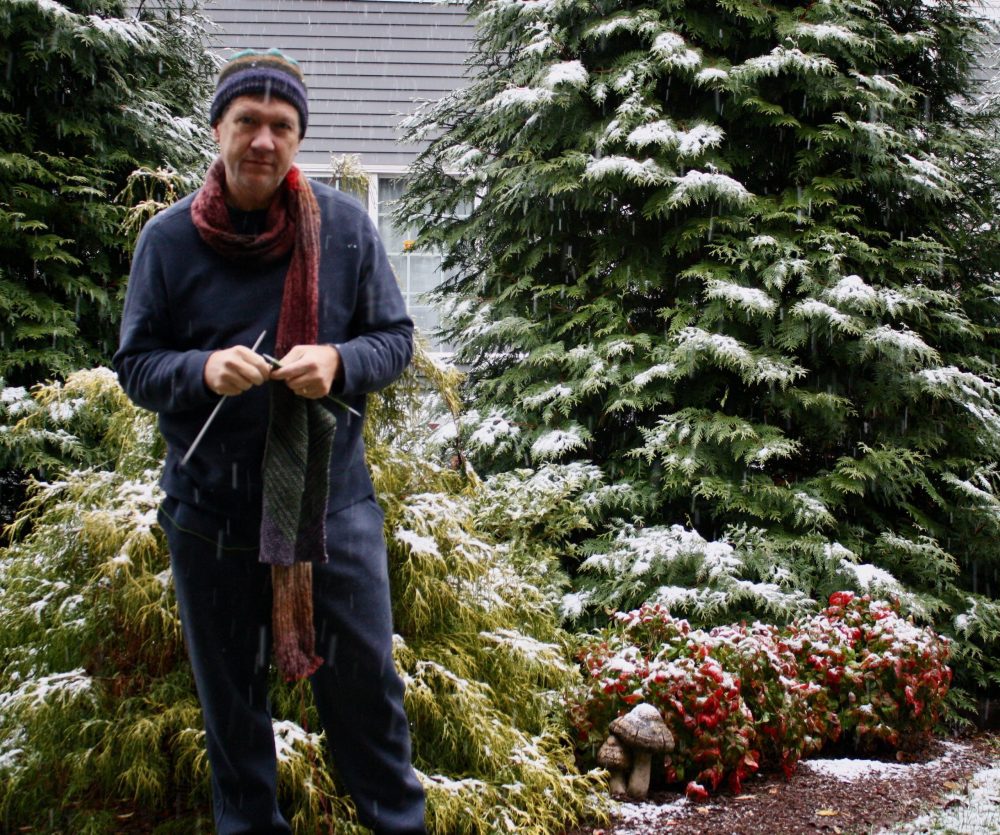 On the week where the worst N’orEaster was supposed to cruise up the East Coast, I had to drive up to Albany for work.

Since Tuesday was supposed to have over a foot of snow, I figured I’d be working from my hotel room, and I’d be able to both knit and post a blog.

Hardly any of the predicted snow happened until Tuesday afternoon, but I was already at the office and had to wait to blog until this evening.

And it’s just a quickie update.

At our favorite local restaurant, where the family that owns the business treats Thaddeus and I like family too, the mom was talking about a hat one of here relatives had given her as a gift from Thailand.  She showed it to us, and it was a nightmare of stripes of novelty yarns.

Thaddeus’ comment summed it up with, “That hat screams ‘homeless woman'”!

So I set to work to try and make her something we could give her the next time I saw her, and this is what I came up with. 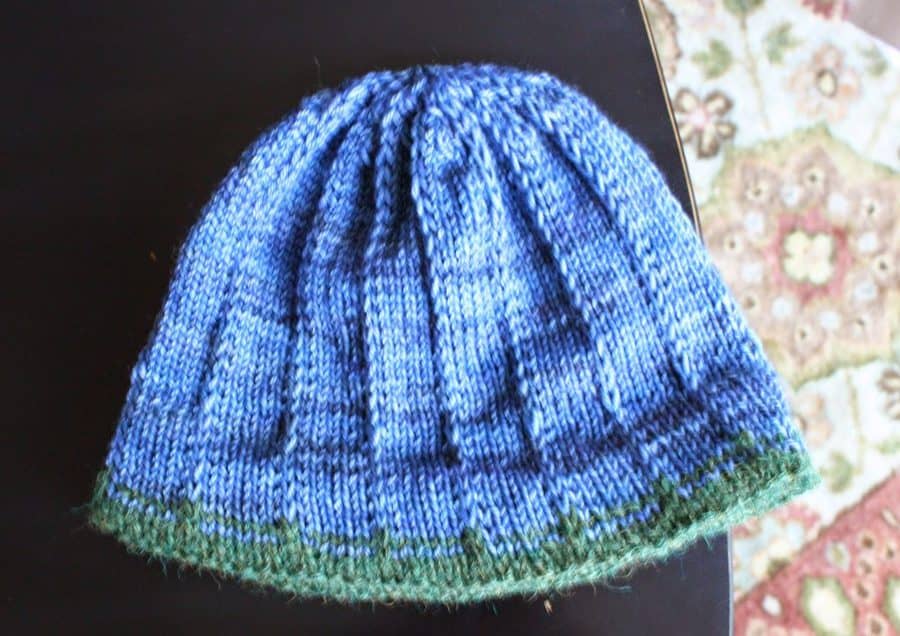 It had to be soft and warm, so I started out with a “lining” on the lower band. 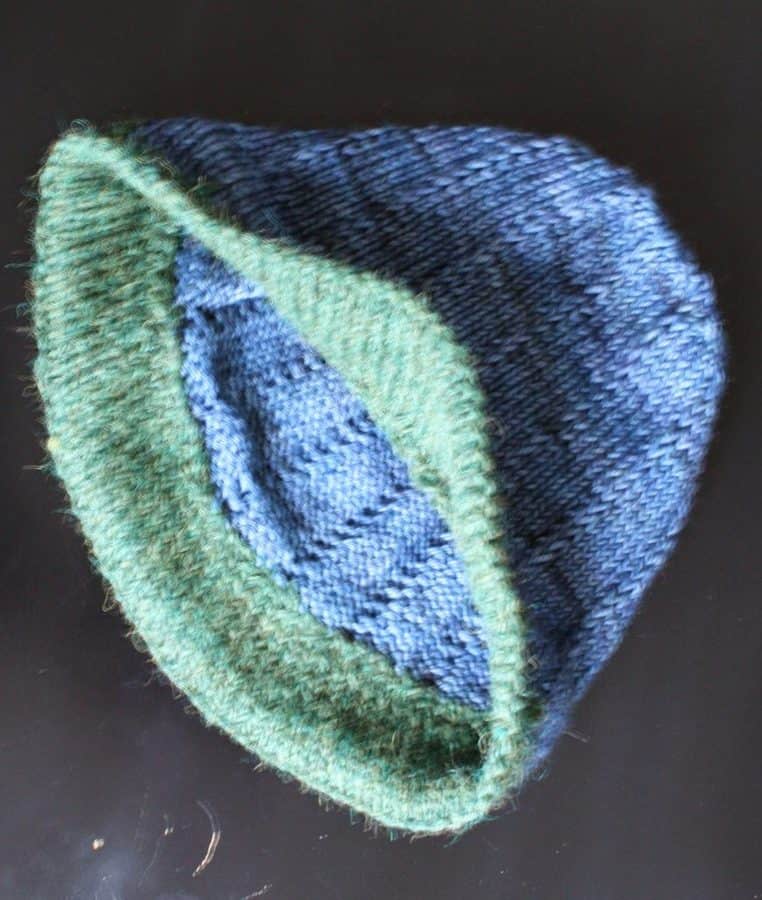 The green yarn is a very soft and warm alpaca yarn, and the upper part is a nice soft wool

I even look less than awful in it. 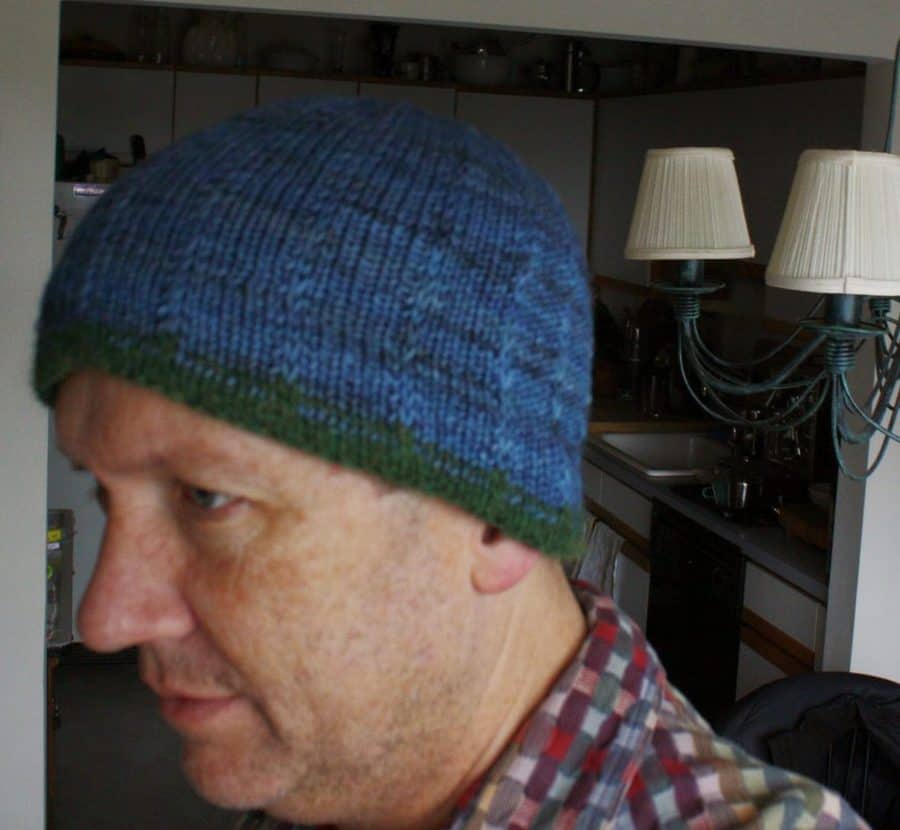