Over the course of the first 55 years of my life, I’ve tried a number of different ways to access the spiritual, and while I have a long way to go, I thought I’d share some of the ways that have worked for me.

Catholicism – My religion of upbringing, which has both shunned me and I have shunned back provided me with an incredible love of ritual.  I found an enormous amount of spirituality in the rites of the mass, communion, penance, the rosary, etc.  I still hate the organization, and I wouldn’t lend my time or energy to such a hateful, destructive organization, but I did find a deep level of spirituality during my teen years.

Buddhist Meditation – a lot of the local teens starting hanging out with Tony, a local Buddhist, who had a great meditation room and allowed them to meditate there.  I tried it a couple of times, but my teenage mind was way too distracted to find any spirituality there.

est – The est organization was big in the 70’s and a friend of mine convinced me I should do the est Training.  I took the two weekend training in 1979 and continued with seminars, and graduate workshops for about 7 or 8 years afterwards.  While it now exists in a very different format (called the Landmark Forum), my original work with est I attribute to much of the success I’ve had as a human.

Reiki – Back in the 80’s, I had the opportunity to attend a demonstration for Reiki and ending up getting both my first and second degree in Reiki.  I participated in a Reiki Healing Network, providing treatments to people with AIDS and had some amazing experiences with energy healing.

Chiropractice, Massage, Yoga, Meditation – Over the years I’ve tried many different forms of bodywork,  massage, a little bit of Yoga and some meditation.  While I benefited from some of it immensely, I can’t say I ever found a lot of spiritual value in these practices.

Rolfing – I was fortunate a few years ago to find an Advanced Certified Rolfing practitioner only 5 miles from my home, and I found this technique to be one of the most effective ways of dealing with an aging body.  But again, not much spirituality for me there.

Breema – My latest attempt at living soulfully has been my favorite so far.  If you have a Breema practitioner near you and you can afford to try this amazing form of therapeutic bodywork, I would highly recommend it.  For those open to the spiritual aspect of this practice, it can be even more profound.  The accessing of the spiritual through the body has finally allowed me to experience the peace and mindfulness that eluded me in meditation practices and I can’t say enough about it.

It’s amazing how much progress can be made when I focus primarily on one project…even when that project is a blanket. 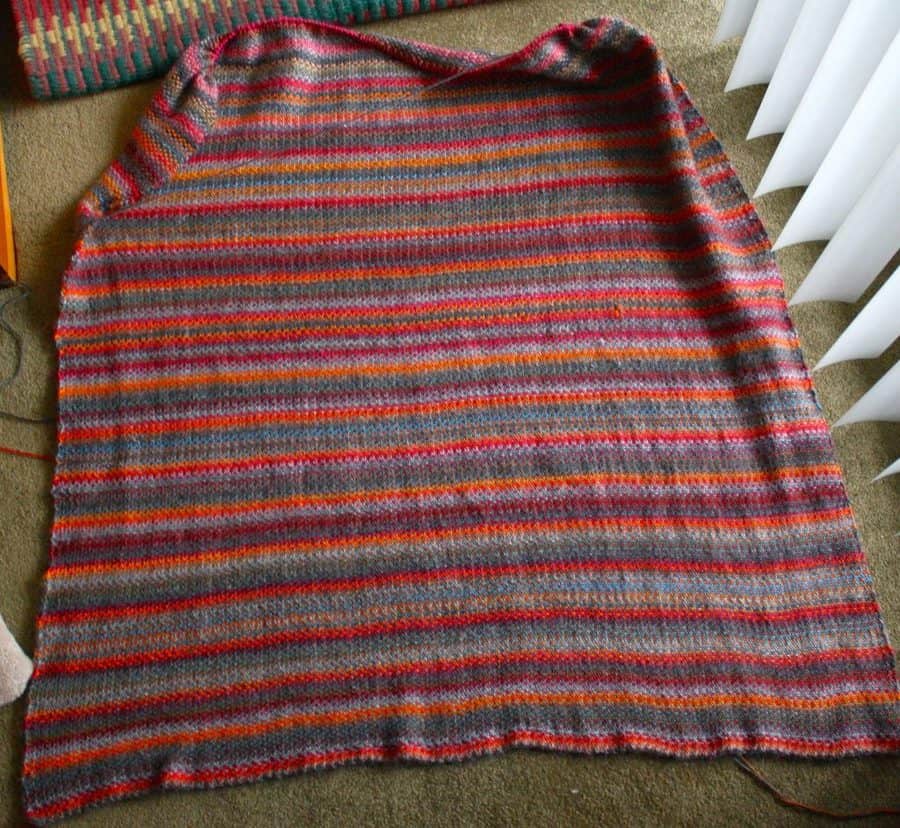 The Linen Stitch blanket for my niece in Lion Brand Unforgettable yarn is coming along very nicely. This is approximately 38 inches toward what will eventually be about 60 inches.

I don’t think it’s possible to stick with one sole project, so I do have a pair of socks on the needles. 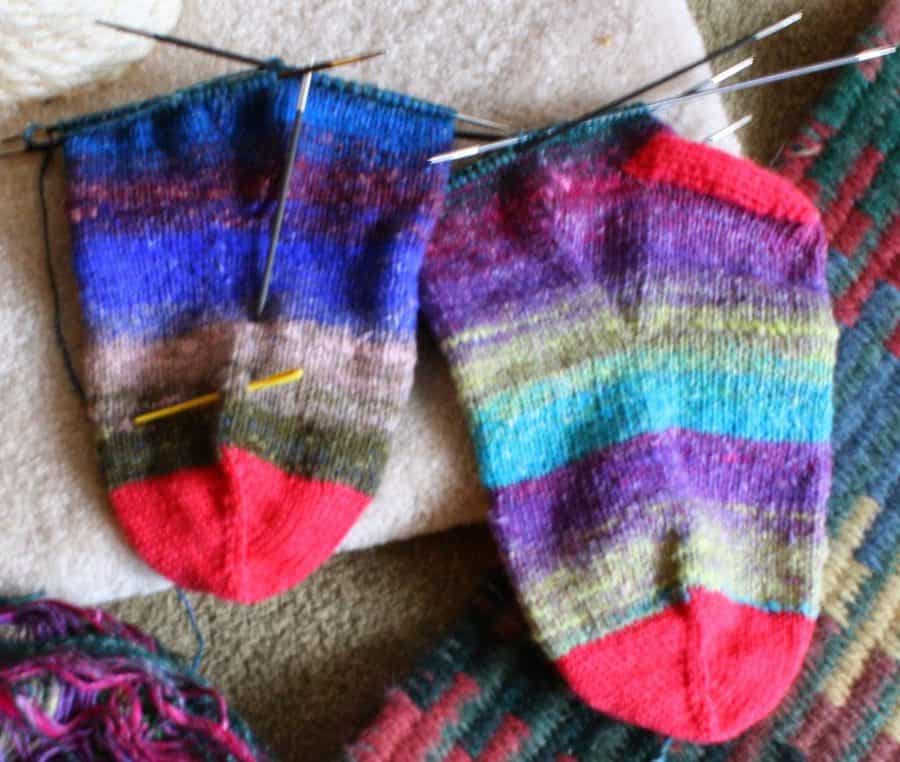 These are the ones I’m photographing to use as a photo tutorial on the pattern for QueerJoe’s Standard Sock Pattern, which should be up on Ravelry shortly after this pair of socks is complete.