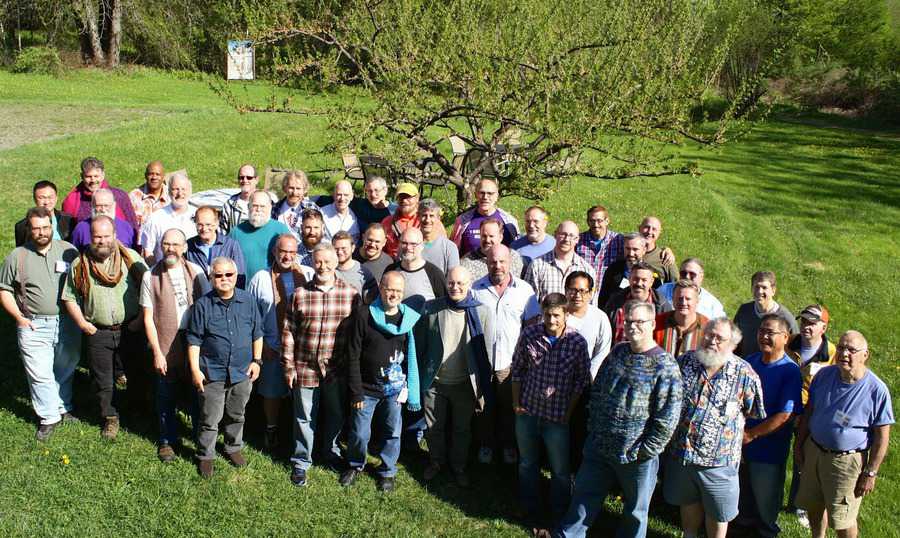 Or, eight weeks until this year’s Men’s Spring Knitting retreat.

First, as a kid, it was always having to dress up and go to church.  And then I had to behave like I cared about the reverence of the mass.  I didn’t

Then as a teenager and college kid, I knew Sunday was my last day until I headed back to school.

And of course, as an adult, Sunday is the last day of the Men’s Spring Knitting Retreat where I say goodbye to 45 of the most amazing men each year, knowing I won’t see most of them for at least a year, and sometimes longer, or not at all.

But it’s all worth it, and as I continue with all the preparations for this year’s event, it’s getting more and more exciting.

Currently, we’re organizing self-run workshops on various topics, such as slip-stitch color and texture, entrelac and backward knitting, introduction workshops in spinning and weaving and of course, beginner knitting workshops for our newbies (we call them ramekins…kind of like a lambkin, but male).

I also just finished putting together the name tags, which is always a chore.  On the front, they have two logos, the name, the Ravelry name (if they have one) and their photo). 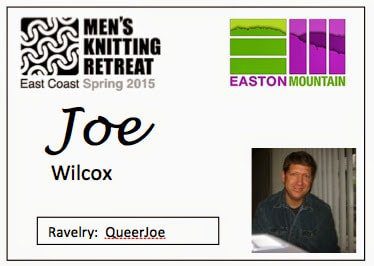 And on the reverse, we put an abbreviated personalized agenda, so the guys remember which workshops they signed up for.

I think I may offer my services as an retreat coordinator for Easton Mountain when I retire!

I’ve finished one side of the Unforgettable yarn blanket for my niece, and the border on that side and the top. 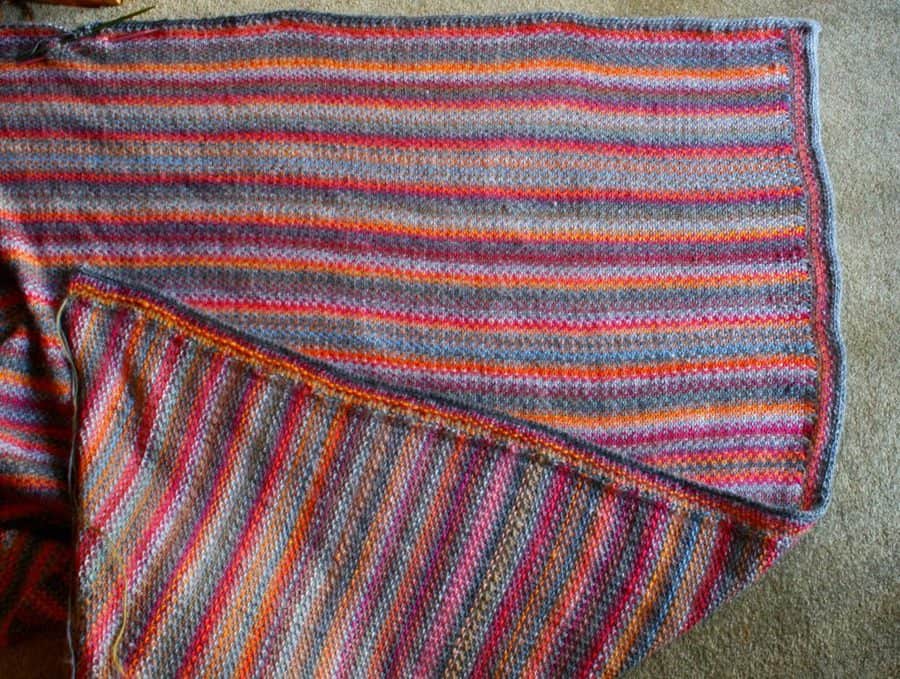 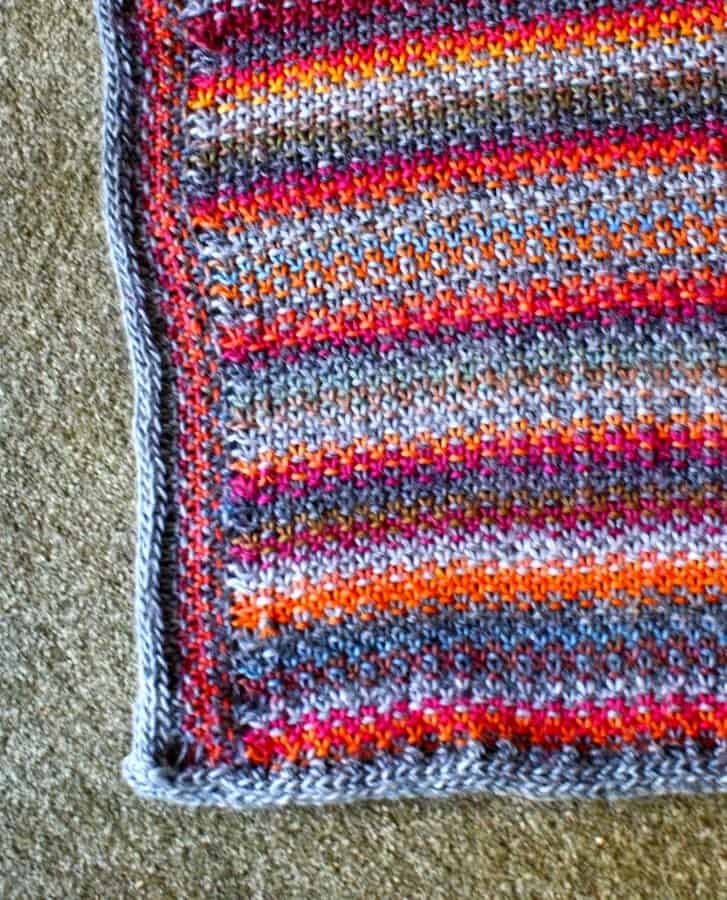 Overall, I’m quite pleased with the result and should finish up this blanket as soon as I’m not traveling quite so much for business.