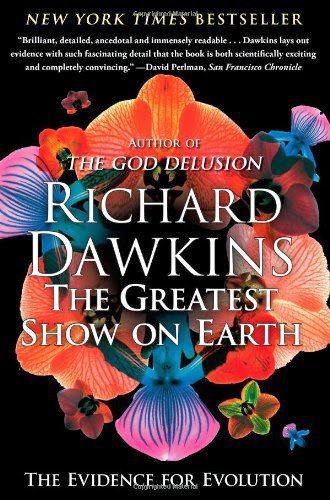 Who Cares If Someone Believes in Evolution or Not?

A few days ago on Facebook, WonderMike recommended Richard Dawkins’ book, The Greatest Show on Earth, to help argue that evolution is valid.

I’ve not read this book, but if Michael says it’s good, I’d imagine it’s a good book to read.  But honestly, I say let the ignorant wallow in their ignorance.  In their heart of hearts, they know they’re wrong about evolution and they’re just parroting back the words of their preachers.  But no polished argument from the most brilliant author on the planet is going to change their minds.

Normally, I say educate the ignorant, but when it is willful ignorance, I have to say they deserve all they get and their stupid, poorly educated children are included in that sentiment.

Maybe that sounds bitter, but to me it sounds more like tough love.

Now, when these same ignorant fools try to get public education curricula changed to reflect their ignorant views, I will stand up and fight against those efforts.

I equate teaching children false religious beliefs to encouraging them to eat lead paint chips.  Both will make them idiots. 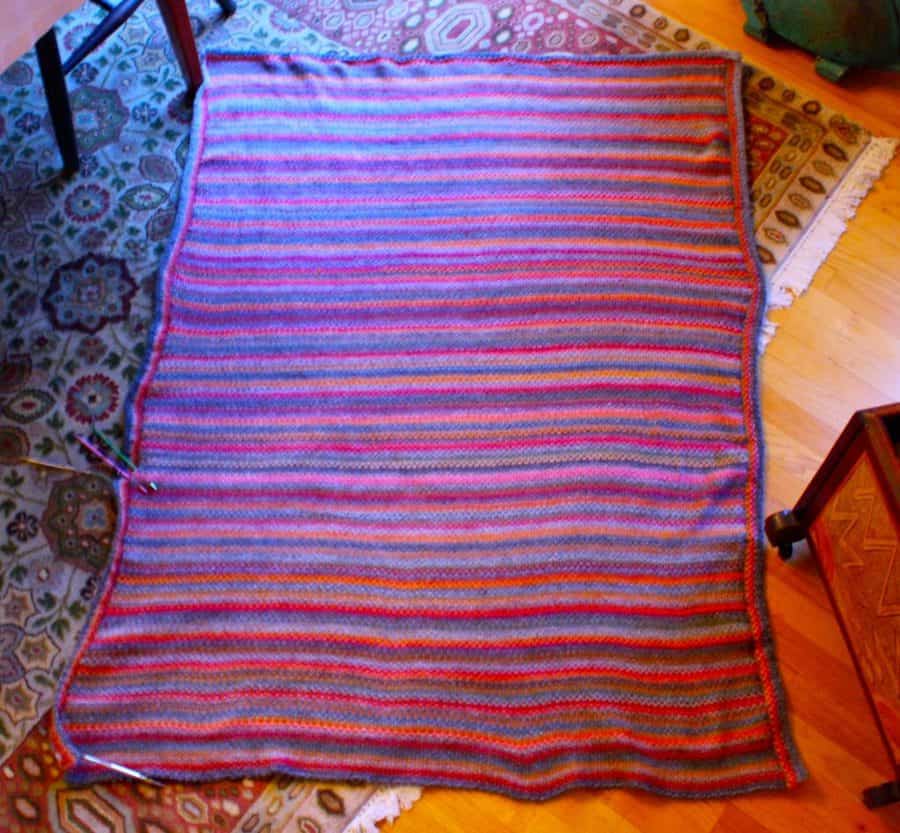 I’ve completed the extra vertical rows on both sides of the blanket to make it a bit wider and I just have a bit more i-cord bind-off to do. 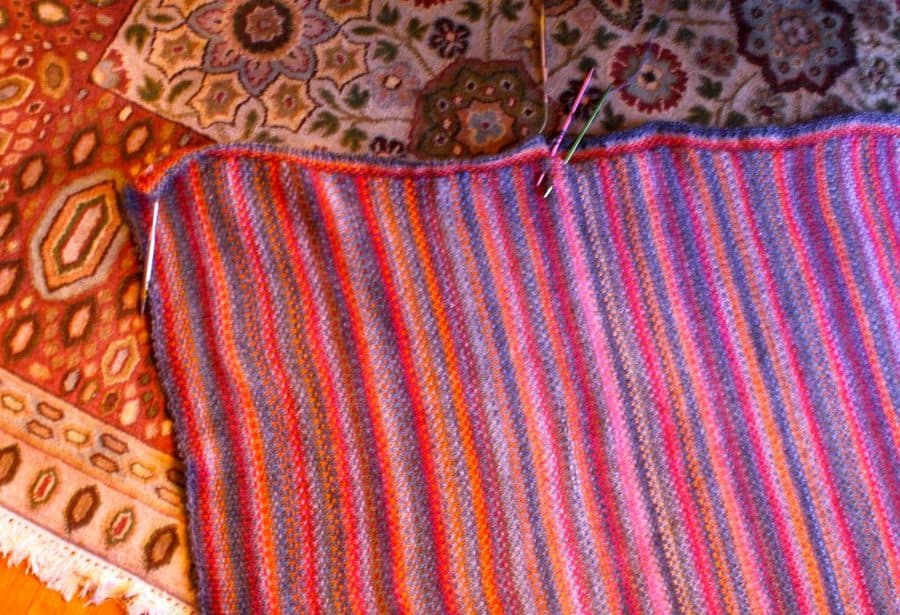 Just the little bit on the one long side and the bottom needs to have the i-cord border and then it’s off to the niece to keep her cozy and warm on cool Spring nights.  I guess it might have been better if she had it over the Winter, but that wasn’t in the cards.