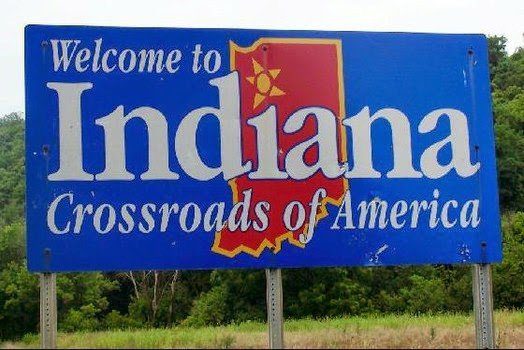 Time for QueerJoe to put some things straight…so to speak when it comes to bigotry in Indiana.

Indiana Governor Mike Pence has done more to bring light to the issue of LGBT protections than any gay rights organization could have.  Then again, he did get a lot of “support” from the LGBT community and their allies.

First of all…you know it was COMPLETELY legal to discriminate against someone based on their sexual orientation or gender identity in the State of Indiana (except where there are local ordinances like in Indianapolis that protect LGBT rights) even before the moron governor signed this piece of hate speech…right?  Just like it’s completely legal to discriminate against me in my own home state of Pennsylvania.

So, for instance, if I held a job in Clay City, Indiana, and got married to Thaddeus, my employer could have fired me for being gay.  And I would have had no legal recourse.  I could have also been sent out of a Christian-owned bakery, being refused service because I was gay.  Again, with no legal recourse.

So, when Pence signed this new law into effect, it didn’t change anything about the rights of LGBT people in Indiana, except maybe override local protections in cities like Indianapolis, where they have a law to protect LGBT citizens from discrimination.

What the Pence hate-law did, was pander to the religious bigots who think it’s their duty to not stand for their interpretation of an abomination and highlight the fact that it’s perfectly alright to discriminate in Indiana…which it always has been.

The uproar over his stupidity, has brought to light the need for a Federal non-discrimination bill, that will add LGBT to the list of protected classes in the 1964 Federal Civil Rights Act, which outlaws discrimination based on race, color, religion, sex, or national origin.

And the “fix” to the bill seems to have basically put Indiana right back where they were, where the state-wide bill doesn’t override any local ordinances (except possibly in situations like the Hobby Lobby Hate ruling – which is where crafters come into it).

Yes…the LGBT community has made great strides with marriage, only to uncover the hatred waiting to rear it’s ugly head when we take advantage of our new rights.

I think Indiana is indeed at a crossroads…and so is the nation.  We can thank Mike Pense and the Indiana State government for bringing us there.

I finished one of the gloves… almost…as I was weaving in ends, I realized the thumb wasn’t quite long enough, so I’m re-doing the tip of the thumb on the first glove. 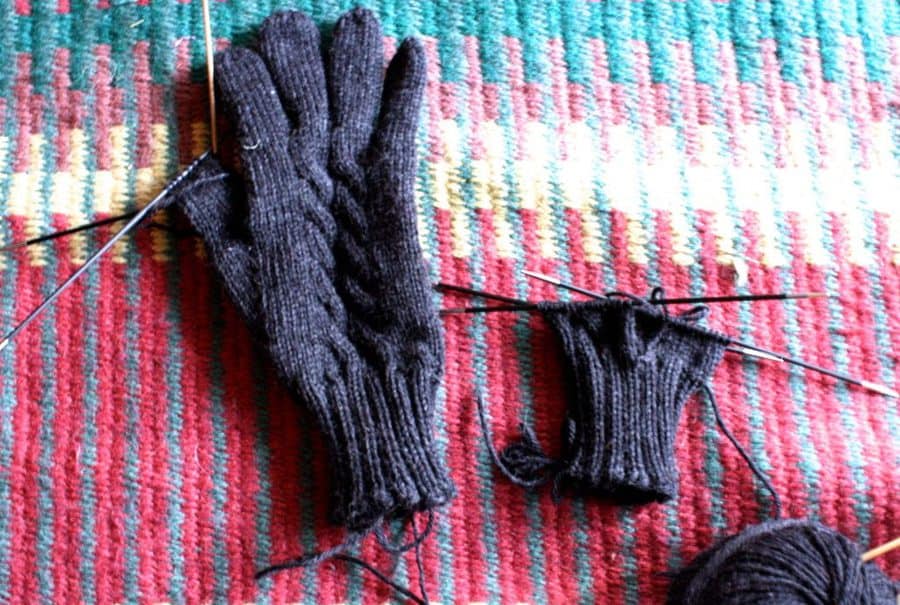 That obviously didn’t stop me from starting the second glove.

Almost makes me wish for an extension of Winter so I could road-test these babies.  But not really.

I also stopped in at a yarn store in Newtown, PA – Knit In – and purchased a couple of things. 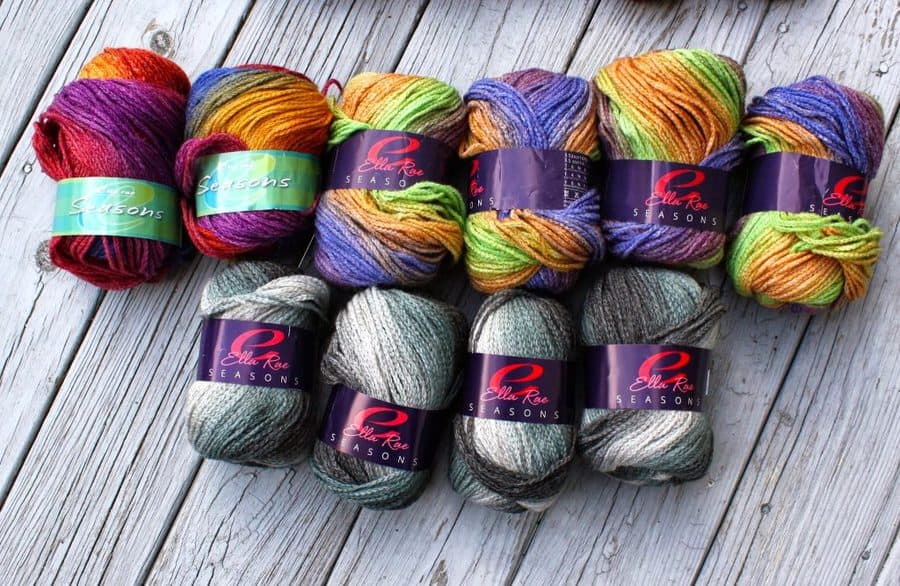 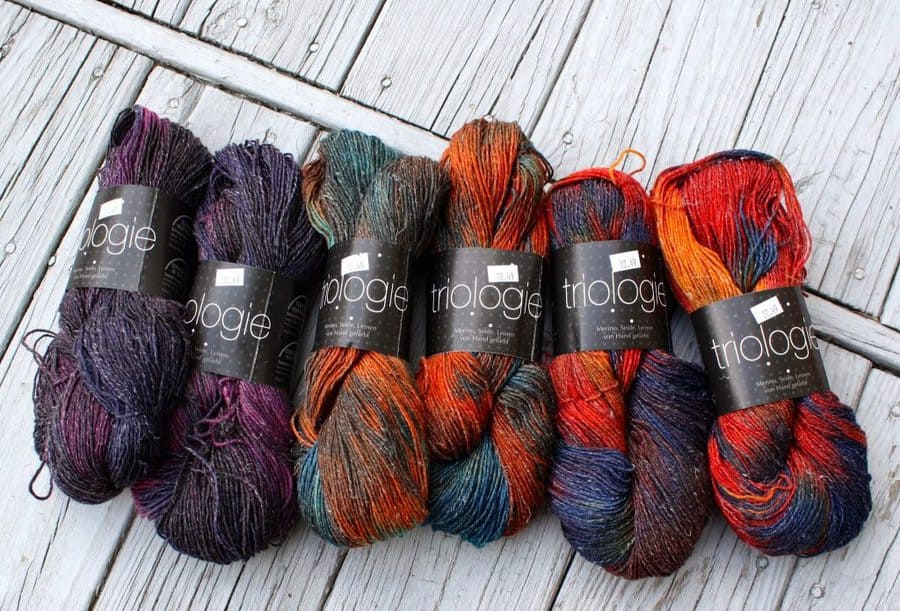 The top yarn is Seasons by Ella Rae.  It’s a bulky acrylic/wool/nylon blend that will be used to make another niece blanket (I have lots of nieces).

The bottom yarn is Triologie by Zitron…a Merino/Silk/Linen blend in three different (and gorgeous) colorways.  I’m not sure what I’ll do with this, but the colors were fantastic and I had to have me some.