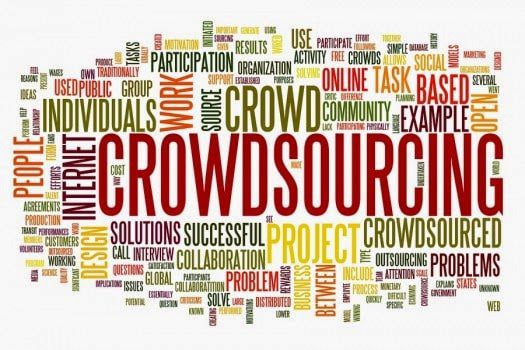 Crowd sourcing, or the ability to raise money for some specific purpose seems to have turned into the new democratic way of voting on things.

When Indiana tried highlighting their citizen’s right to discriminate against the LGBT community by expanding existing Religious Freedom Restoration Acts (RFRA) to specifically let all for-profit businesses discriminate, it spawned a new gimmick.

A hateful pizza joint decided to publicly state they wouldn’t cater a same-sex wedding (they had never been asked to cater ANY wedding) and put up a crowd-sourcing request for money to help them maintain their Christian integrity.  Over $800,000 later (thanks to an appearance on Glen Beck), the hateful business owners have decided they no longer have to work.

For conservative haters, who seem to hate “takers”, this money seems more like welfare to me rather than charity.

Then, of course, someone came out with a crowd sourcing request to combat the hate by supporting a LGBT youth group in Indian (http://www.gofundme.com/qpkabg – in case you want to vote for the correct fund!).

And then, my favorite crowd sourcing effort.  One of the guys who has wanted to attend the Men’s Spring Knitting Retreat for years tried unsuccessfully to get a scholarship this year, so decided to create his own scholarship by asking friends to sponsor him (http://www.gofundme.com/q96by8).  He raised enough for the cost of the retreat and even a little to help defray his travel costs.  I love when people get creative in a good way.

A last-minute idea for this year’s Men’s Spring Knitting Retreat (which is 5 short weeks away) was to help support a 15 year anniversary auction for the retreat center where we hold the retreat by creating 15 scarves that they will auction off.  So I started a scarf. 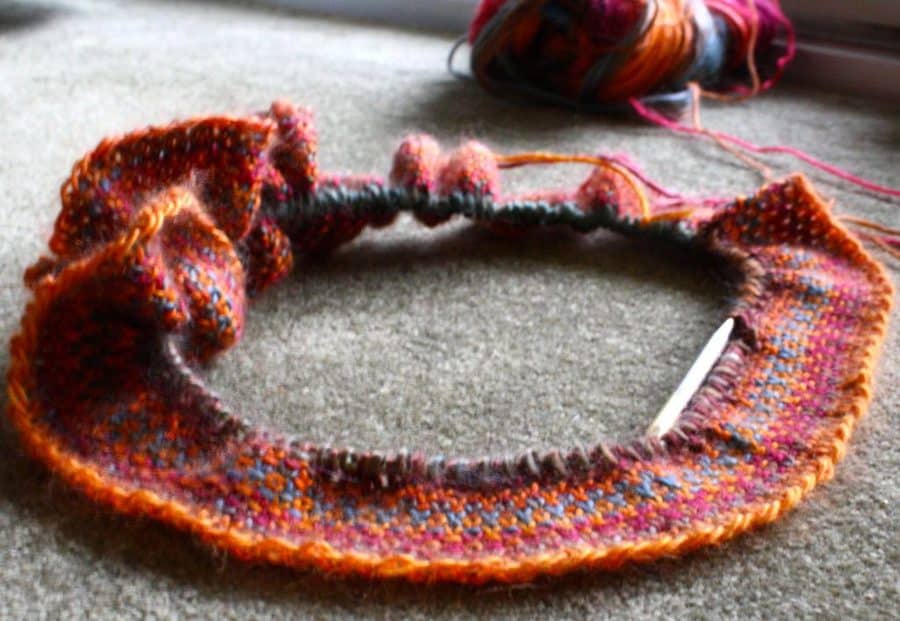 Using the Lion Brand Unforgettable yarn, this is a simple linen stitch scarf done lengthwise.  I’m hoping it’s close to 5 feet long when it’s complete.  I may also try getting a second scarf finished using my interlocking crochet design…we’ll see if I have time.