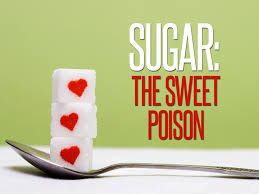 I typically hate such broad statements like this one…especially since not all sugar is poison.  But I think that for me, refined sugar is not a good thing.

I remember years ago, when I was running a lot and I was very active, it was fat that would kill you and make you fat, so I avoided it like the plague (I’ve honestly never really actively avoided the plague, but I have avoided fat in my diet).

So every week, I would buy about 7 or 8 pounds of non-fat candy and eat about a pound a day.  Thaddeus can verify this, but Brach’s put out a jellied candy called Fruit Bunches (I think) and I could eat them like potato chips. 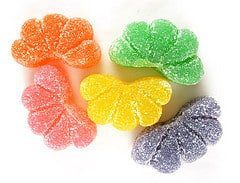 At one point, someone suggest that sugar was bad for me, so I stopped eating all sugar one day, and that night, I felt headachey and ill, so I figured it was the wrong time to stop eating sugar, and started again.

Little did I realize that I was actually experiencing withdrawal, but I soon figured it out and stopped eating quite so much sugar.

Eventually I did give up most sugar and today, I eat very little of it.  I feel much better as a result.  Every once in a while when I indulge in sweets, I still get a bit of a hangover from sugar.

I’ve made some slow and steady progress on the Rowan LDK crochet blanket. 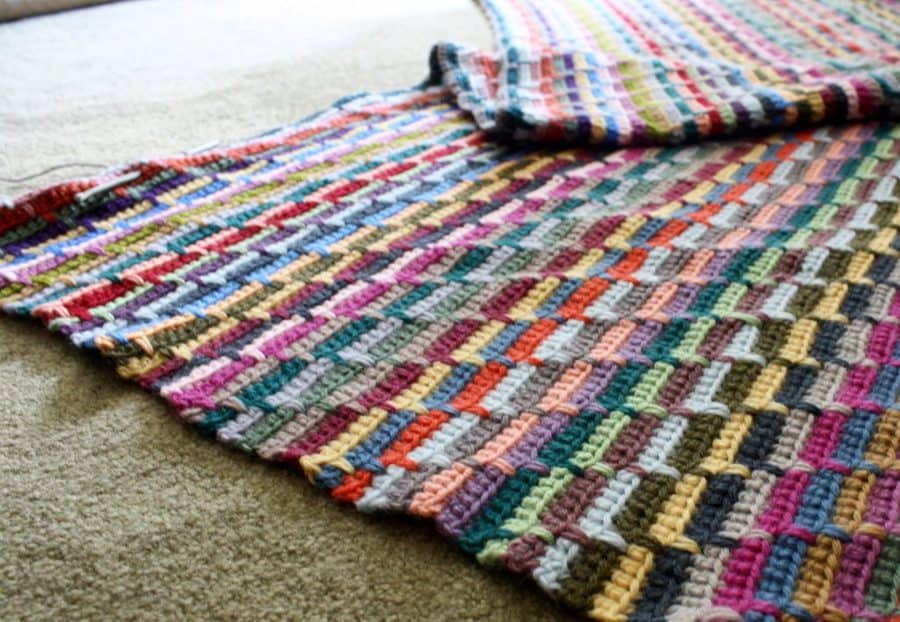 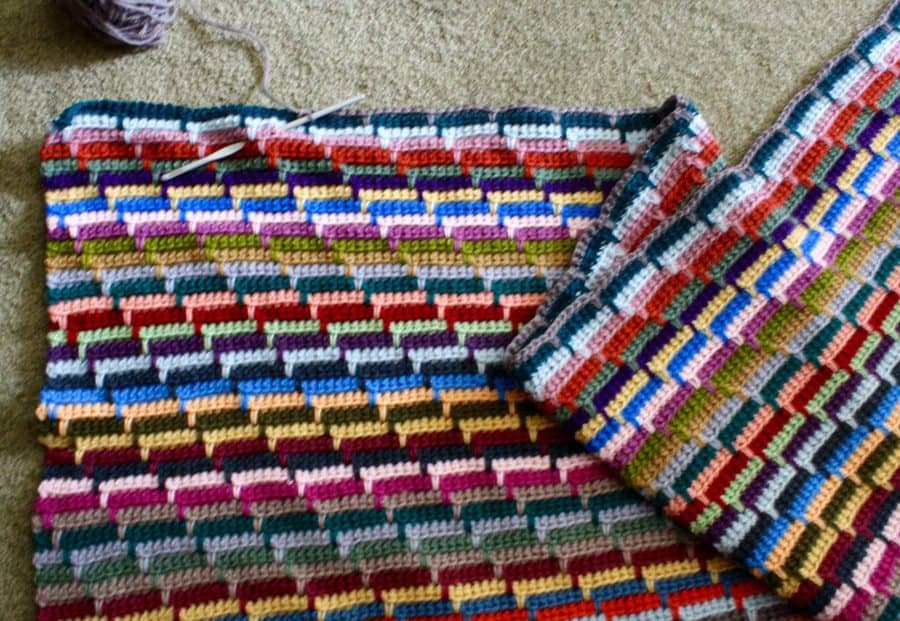 If you compare the bottom photo with the last photo of the blanket, you’ll note I’ve added about 10 color stripes (each one is two rows), so I’ve added 20 rows to the blanket.  I know it doesn’t look like it, but it is gradually growing.